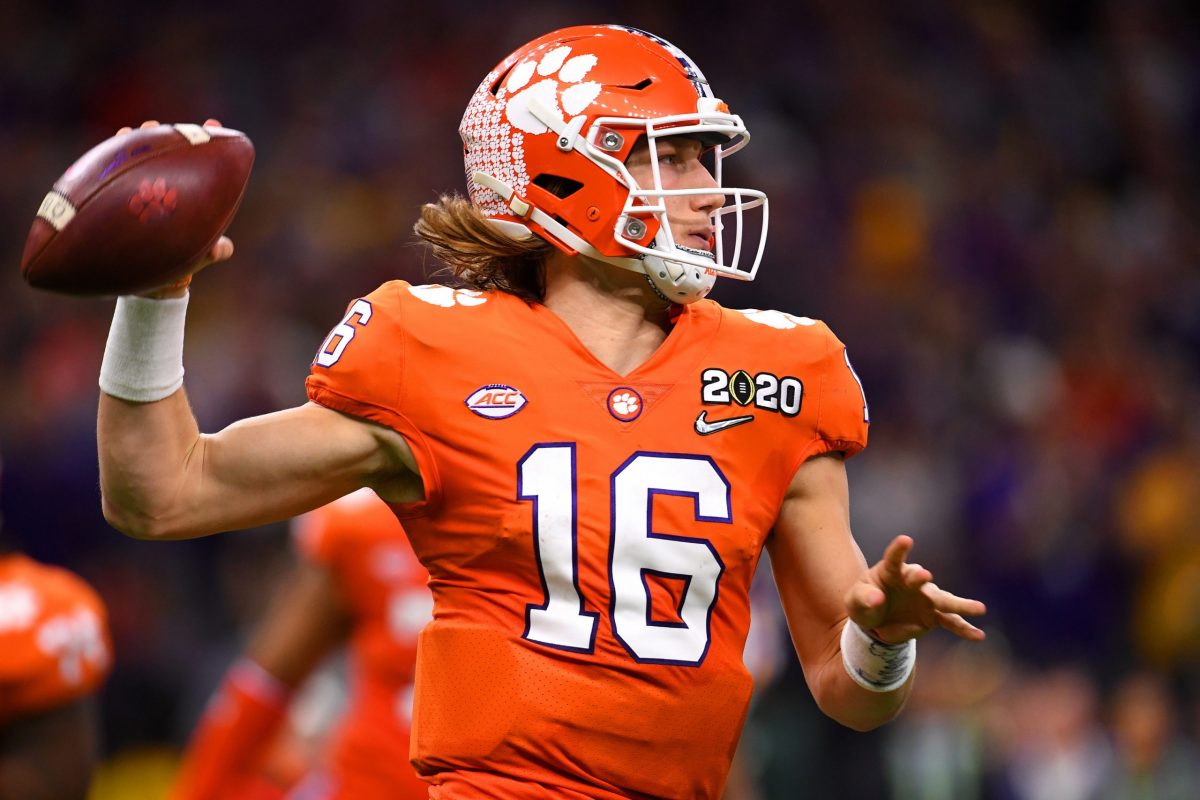 Trevor Lawrence and Clemson getting set for ACC football

As for college football, ESPN confirmed that only feature games and ones running on ABC will be covered by the announcers live from the site. The others will be a mixed bag. The MNF crew will be at the stadium. An ESPN executive said this:

“MNF will travel and so will some of our college teams, including the ABC and ESPN primetime crews. Many of the college crews will either be in studio locations (Bristol, Charlotte, etc.) or the announcers will be in their homes, like (Dave) O’Brien and (Tim) Hasselbeck tonight.”

Frankly, I was watching the game with an educated eye of 40 plus years and could have sworn up and down that the duo was in Miami. We’ll have to investigate the secret to their success. Football has to be tough to do off a monitor. The two called the game nonchalantly.

Sideline reporter Katie George did a fine job but she was required to wear a mask. Unfortunately, she often sounded muffled, presenting challenges for viewers.

You’ve likely not seen a college football schedule as limited as the one beginning tomorrow night, certainly not by week#2.

It’s the pandemic that’s caused it. The SEC won’t begin until September 26th. The Big Ten, Pac-12 and Mountain West plus UConn, Old Dominion and UMass have all canceled their 2020 seasons. There are rumblings that at the urging of politicians and others, the Big Ten is reconsidering its decision. Stay tuned.

So this weekend, it’s the ACC, including Notre Dame, that takes the spotlight. The Big 12 is in business too but two games have already been postponed because due to incidents of Covid-19, SMU at TCU and Louisiana Tech at Baylor. The postponements have caused shuffling of announcer assignments. Fox’ lead team, Gus Johnson and Joel Klatt has been reassigned from the cancelled Baylor game to Arkansas State at Kansas State. Brian Custer and Robert Smith were scheduled to do that game but because of the cancellation won’t be working this weekend.

Tim Brando has Coastal Carolina at Kansas this weekend and the NFL matchup between the Colts and Vikings next weekend.

CBS announced its SEC schedule for the season (below).

The busy Mike Tirico will be ubiquitous as usual. He does Notre Dame Saturday with Tony Dungy. Then the two fly back to Stamford, Connecticut for NBC’s Sunday Night Football.

I was told by ESPN that Dave Lamont won’t be working college football games this fall. It’s disappointing. Lamont is good, honest, opinionated and giving. You’ll recall that he used what can be considered a misconstrued or misinterpreted word after he thought he activated the mute button on a conference call with colleagues. But the mute button wasn’t off. Unfortunately, in these overly and eerily sensitive times, the only word that’s turned golden is silence. That’s too bad. We all need to ease up a bit and this would be a happier and more productive world.

Joe Tessitore does his first college football game since being taken off ESPN’s Monday Night Football. Joe who was an emotional college voice when he did it, has Georgia Tech at Florida State.

Dave Neal does North Carolina-Syracuse game. His dad is Bob Neal, who for years did the NBA for Turner.

CBS has announced its SEC schedule: