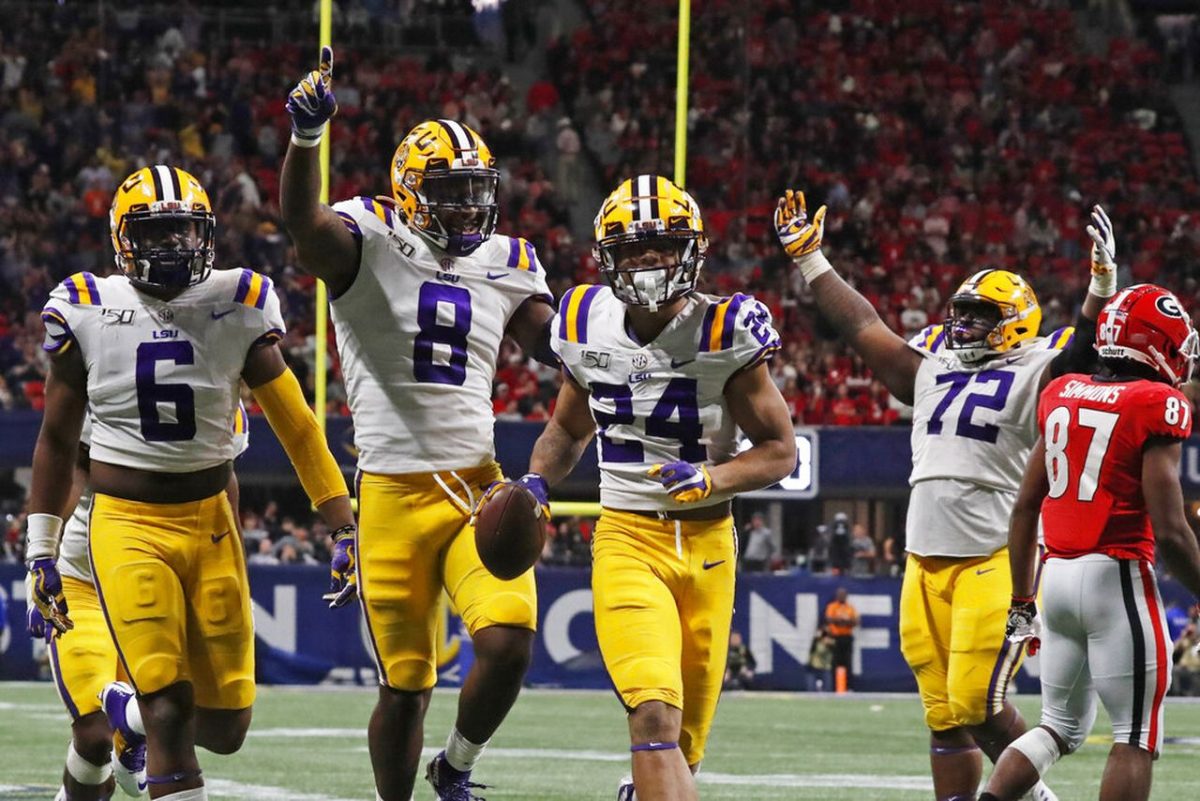 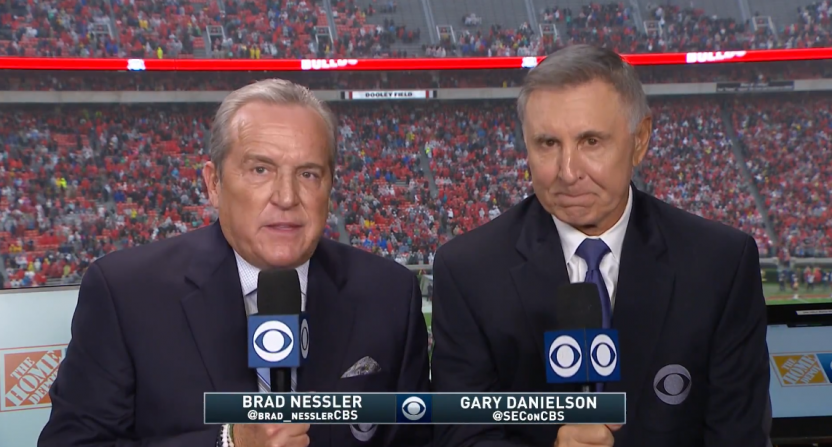 CBS opens its SEC schedule as the league opens for business after a delay due to Covid-19. The veteran team of Brad Nessler and Gary Danielson will be behind the microphones. All CBS and CBS Sports Network games will feature announcers who will be live on site.

As usual, ESPN will lead in volume of telecasts. On Saturday, the sports leader will have representative games at each window on either the mainstream network or one of its platforms. ESPN opens the weekend of football with its Thursday night coverage of UAB at South Alabama. ESPN has 27 games in all, between Thursday and Saturday.

Roughly half of ESPN’s telecasts this weekend will be done by announcers who will work remotely. Examples of those done live from stadiums are the ones done by the top two broadcast teams, Florida State-Miami with Chris Fowler and Kirk Herbstreit and Alabama-Missouri with Sean McDonough and Todd Blackledge.

Game postponements due to the virus are causing the networks to make changes on the fly. The Notre Dame – Wake Forest postponement is an example. UCF at East Carolina at high noon Saturday now finds itself on ABC. Dave Pasch and Mike Golic get the assignment. The duo were slated to do the Fighting Irish game.

Gus Johnson and Joel Klatt were shuffled the last two weekends because of game postponements. This week, they have Kansas State at Oklahoma on the big Fox. Also on the big Fox this weekend are Tim Brando and Spencer Tillman on Texas at Texas Tech.

Jordan Rodgers who joins Tom Hart on Kentucky-Auburn is the younger brother of the Packers’ Aaron Rodgers. Jordan played quarterback at Vanderbilt.

The broadcasters, many of whom are paid by the game, are happy to have the Big Ten and potentially the Pac-!2 back. More games, more dough in the pocket.