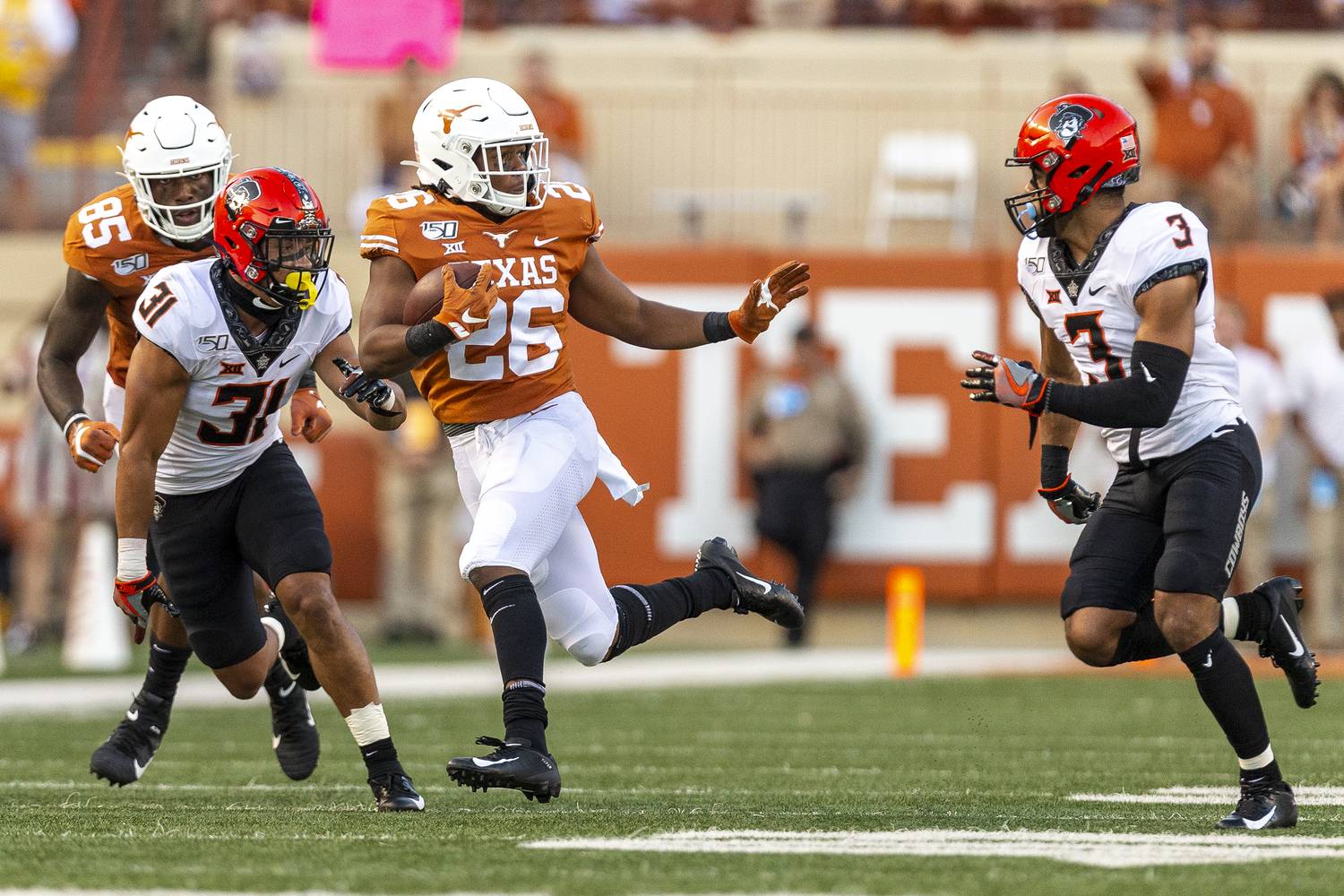 The traditional Red River Showdown in Dallas is on Fox

Jake Baskin has a profile of a favorite, Bob Wischusen – see below the schedule

Bob Wischusen is on the call for this Saturday’s ESPN, SEC matchup between South Carolina and Georgia, alongside longtime NFL quarterback Dan Orlovsky, a fast-rising star in football media.

Wischusen, who just turned 48, attended Boston College with fellow ESPN play-by-play announcers Joe Tessitore and Jon Sciambi. After graduation, he spent two years as a sports radio host in Miami before returning to his home market of New York as a host and anchor on WFAN, during which time he became the pre and post game host for the New York Jets. He got his first professional play-by-play opportunities doing the Arena Football League with the New York Dragons, and would fill in for the Knicks, Rangers, and Liberty on MSG Network in the 2000s.

Wischusen joined ESPN in 2005 as a college sports and arena football announcer. He has been part of its main Saturday rotation since the 2007 season, and is currently in his first year next to Orlovsky after his previous partner, Brock Huard, left for Fox this past May. Wischusen is also a major part of ESPN’s college basketball coverage, calling Big 12 games on Mondays and ACC games on Saturday. In addition, he has called the championship game of the NIT six out of the last seven years.

Wischusen was named the radio play-by-play announcer for the Jets in 2002, meaning that after the game in Athens, Georgia, he will fly back to New Jersey to call the Jets’ game against the Cowboys on Sunday.