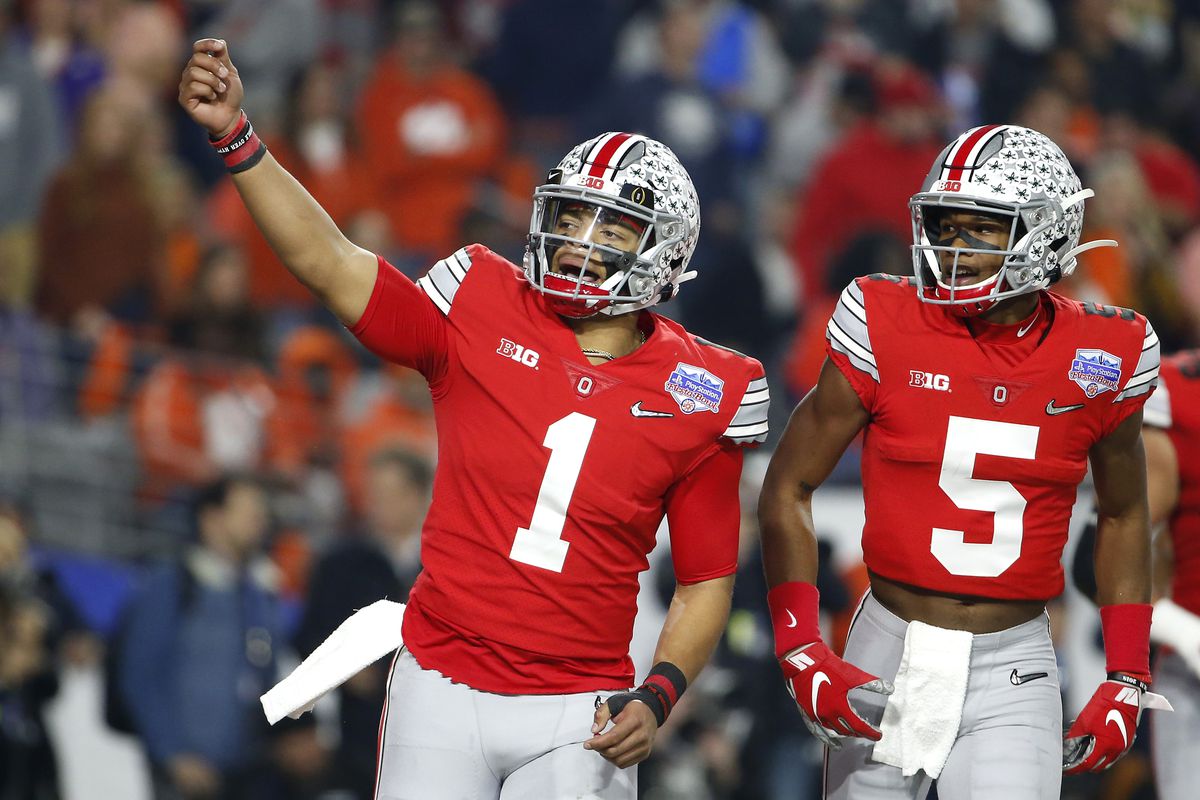 Saturday it's Justin Fields and Ohio State taking on Penn State, coming off an upset loss to Indiana last weekend. It's on ABC.

Fox’ fine announcer Chris Myers is off the NFL this weekend. Fox runs only five NFL games this weekend so the former ESPNer is assigned to Hawaii at Wyoming. Fox has its largest college schedule to date this weekend, 8 games.

Things get even busier next weekend. That’s when the Pac-12 finally opens. It will add six more games to the slate. Oregon is the highest ranked team in the league at #14. USC follows at #21.

The Mid-American Conference checks in for the first time next weekend too.

Not all announcers travel to the site of ESPN telecasts. Some call their assigned games from their homes. Many do so nonchalantly and viewers couldn’t likely tell the difference. Talent for these ESPN games will be on site: Ohio State-Penn State, Mississippi State-Alabama, Boston College-Clemson and Memphis-Cincinnati.

The addition of the Big Ten to last week’s games boosted ratings for ESPN, ABC and Fox.

David Saltzman calls UCF at  Houston. He’s Houston based. When the pandemic hit, Saltzman helped raise money for TV technicians and the sort who were hard by the pandemic.

Talk of a commanding voice. Remember Ron Franklin? Longtime ESPNer is retired. He’s 78 and lives in the Austin, Texas area. He’s active in his local church.

Eric Collins gets a Fox game this week. He’s the TV voice of the Charlotte Hornets.

Fox’ Alex Faust is the TV Voice of the Los Angeles Kings and will do football this weekend.

Bill Roth is assigned an ESPN game this weekend. He’s the ex-longtime voice of Virginia Tech football and basketball.

SiriusXM has a ton of games. Schedule and channel locator here