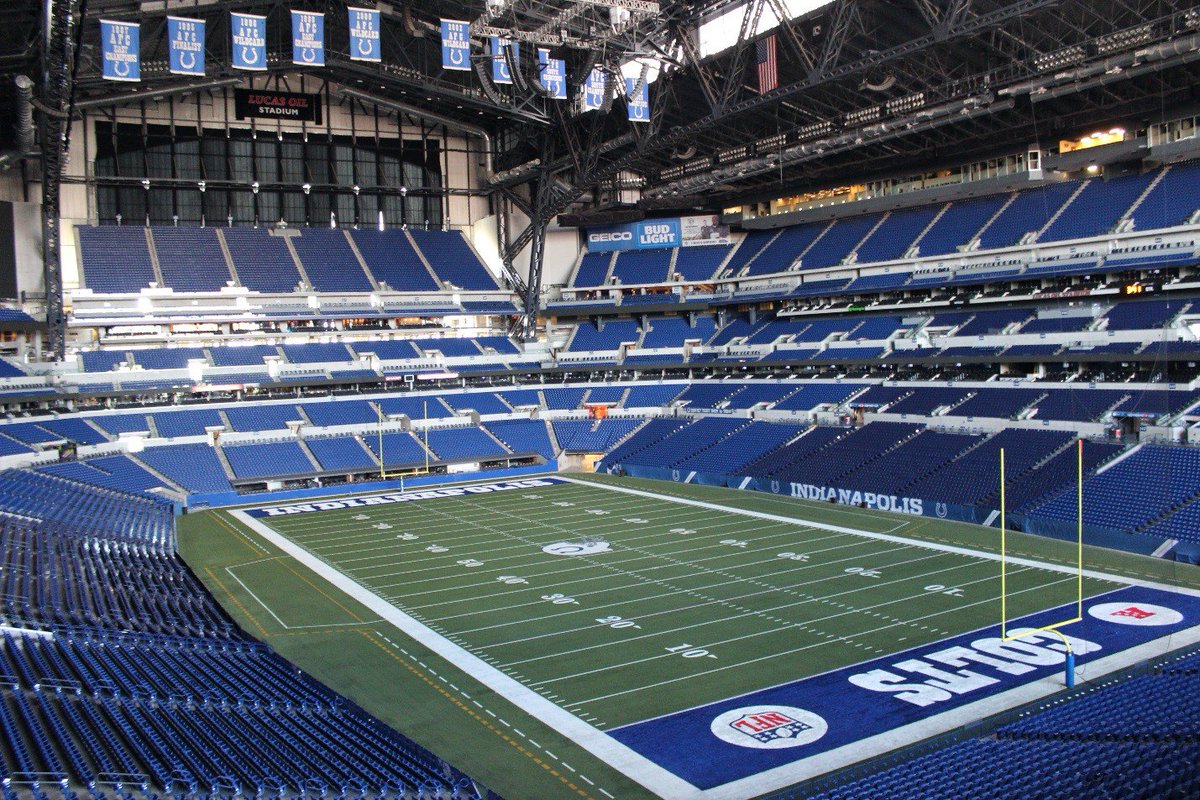 Brent Musburger is now officially the oldest play-by-play announcer in the NFL.

Bob Lamey, the longtime Colts’ play-by-play announcer and Indy broadcast institution, retired unexpectedly on Sunday. He had been the Voice of the Colts for the better part of four decades.

The Chester, Pa native would have been 80 on December 23. Musburger will be 80 next May 26th

A robust network personality for better than 40 years, Brent is beginning his first year with the Raiders. Merrill Reese, 76 on September 2nd, is the second oldest play-by-player in the league. Reese is at his height of popularity as the beloved Voice of the Philadelphia Eagles.

Bob Kravitz, a long time Indy scribe, told a television interviewer that he, like others, was surprised by the announcement of Lamey’s self-initiated departure. Just a couple weeks ago, Lamey told Kravitz he was pumped for the season.

Apparently, according to Kravitz, the long flight to Seattle for a pre-season game, made Lamey rethink his plans. The announcer asked himself whether he wanted to continue the draining routine and decided to turn off the mic.

Word of Lamey’s sudden retirement caused an outpouring of reminiscences and good wishes on social media. Krantz says that Lamey’s heartfelt calls all these years, “gave the team a personality.” He added, “Bob wore the team’s emotion on his sleeve.” In other words, Lamey was a super fan in the booth. Fans say that the very tenor of the veteran’s voice suggested the score before he even gave it. When they were winning, Lamey was ebullient. When they trailed, his voice trailed off too.

Fans won’t forget his signature call in 2006 when the Colts advanced to the Super Bowl. His description of Marlin Jackson’s interception of Tom Brady in the AFC championship was classic and unforgettable.

Lamey though doesn’t consider the epochal play his defining moment with the Colts. Two other events are ahead of it. The first is when the Colts actually won the Super Bowl, weeks later in Miami, and the second, days afterward, when he walked into a thunderous Hoosier Dome where the city celebrated the title. It gave him goosebumps.

As a late teenager, Lamey wasn’t sure whether he wanted to broadcast sports. Growing up in Victoria, Texas, he went to a community college and studied engineering. He later transferred to TCU where he earned his degree in communication.

Lamey then spent time in the Navy where he was stationed at sea in the Pacific and did sports programs for the Armed Forces Network. He later found himself in Charlotte, calling hockey for the Checkers of the International Hockey League and hoops for the old Carolina Cougars of the American Basketball Association. Bob was with the Cougars for five years. One old Carolina fan blogged about Lamey, “He made every possession exciting. I would stay up listening to him with the transistor radio under the pillow.”

Lamey has been in the Indiana capital since the 1970s, joining the Colts in 1984 when the franchise left Baltimore under the cover of darkness. He’s been the team’s impassioned voice since, other than for three years when a radio rights change produced the late Joe McConnell in the Colts booth.

In 2016, Lamey lost his filter. As the Colts completed a victory over the San Diego Chargers, he blurted, “The game is finally ‘f..ing’ over.” It made the national wires. Bob and the club had to issue apologies. “Using language like that is not normal for me,” the broadcaster told fans.

Matt Taylor who hosted periphery programming for the team will serve as the team’s interim play-by-play announcer. He faces the toughest challenge in team broadcasting, following a legend.  Taylor sounded solid and comfortable calling last night’s game against the Baltimore Ravens. His down and distance reporting was spot on.

Lamey will also be remembered for covering the Indiana Pacers during a time that they transitioned from the ABA to the NBA, 1977-84.

By late Tuesday, there was significant news about the reason  Lamey  suddenly left the Colts. He admitted to using the N word when retelling a story off-air, following a radio interview and after being told the microphones were off.  A station employee at Emmis Broadcasting  who heard him use the inappropriate word reported the incident to the company’s human resources department which in turn told the Colts. That was it for Bob Lamey. He resigned.

The team is now under fire for  misleading the media on the real details behind Lamey’s departure. Columnist Greg Doyel of the Indianapolis Star took the team to task today

Does anyone remember Sid Collins? He was the voice of the 500 as well as a well-known Indy broadcaster.

Great that Dave added a link to the actual broadcast referenced in the article. You think Mr. Lamey was rooting for the Colts? Just slightly.

Great that Dave added the link to the broadcast of the interception that sealed it. You think Lamey was rooting for the Colts? Just slightly.