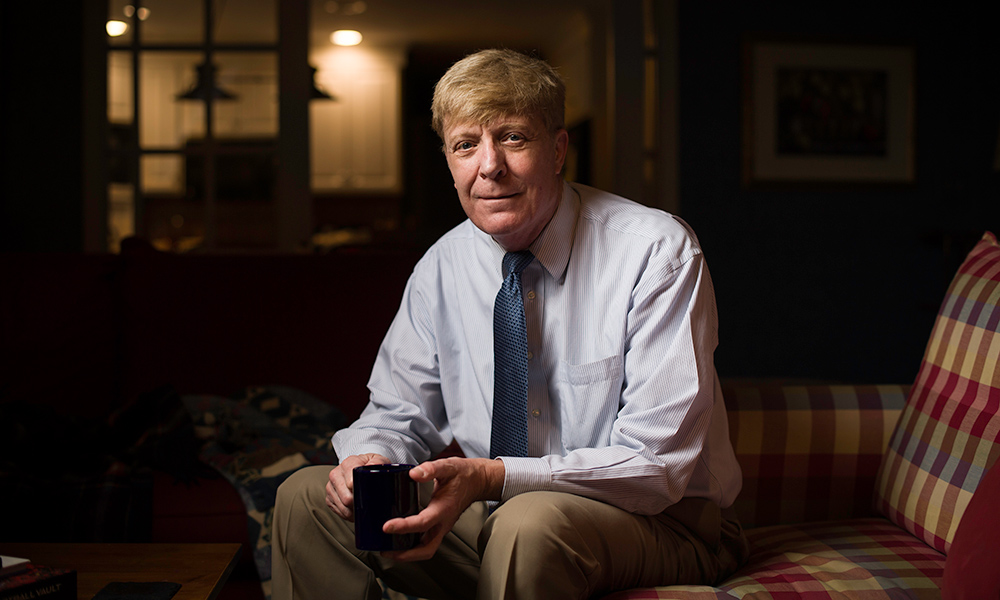 In the last of this series, our interaction with the man who wrote the tome, Voices of the Game, Curt Smith takes us through his discussions with Vin Scully and the men who became popular on their own geographic turfs from New York to California.

Smith is a humble man. He’s written speeches for U.S. Presidents and taught at the University of Rochester in Upstate New York. Not many have. Curt is a voracious reader and has been, from the time he was a toddler. Quite a man!

During his glorious 67 years when Vin Scully dominated baseball broadcasting, he called Dodgers’ games in Southern California. We lost him last August 2. Was he the sport’s best ever?

As a 1960s teen in New York, hearing Vin on a Series or All-Star Game, made me wish he worked on the East, not West Coast. I met him in 1992, collaborating on a Reader’s Digest eulogy to Red Barber, Scully’s recently-deceased mentor. In 2009, I wrote a biography of Vin: Pull Up a Chair, his long-time welcome to a listener. When he died, I was asked, “What made Scully, Scully?”

Other sports carry the announcer. The announcer carries baseball. A three-hour game may put the ball in play 10 minutes. From 1950-2016, Scully had to navigate a sea of dead air, persona his paddle. He tied eloquence, modesty, a voice less rock ‘n’ roll than easy listening, and ability to instantly haul a story from the shelf. He rightly likened Voices overusing statistics to a drunk “using a lamppost for support, not illumination.” 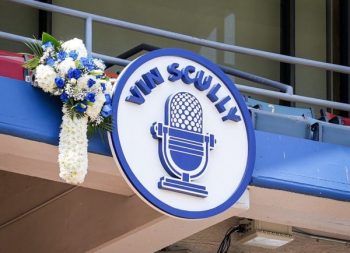 Born in 1927 in Manhattan, Vin at eight crawled beneath a Emerson radio that sat high off the floor, put a pillow on its crosspiece and listened to college football. “I shouldn’t have cared about a game like Florida-Tennessee,” he said, “but I got goose bumps from the roar of the crowd.” That sound carried him via Fordham University to a chance meeting at 21 with Barber, who hired him to call the Dodgers. He aired three Series through 1956, including Don Larsen’s Perfect Game.

In late 1957, moving to L.A., the team banned TV for radio, of which Vin was a wiz, coining phrases like “it was so hot today the moon got sunburned.” He compared play-by-play starting each game with an empty canvas. “With radio, you come into the booth, bring your brushes and pallets, and you mix the paint and put things together,” Vin said. “And at the end of three hours, you say, ‘Well, that’s the best I can do today.’” On TV, the picture already existed, so Scully “painted shading.”

Ultimately, his canvas turned national. 1974: On Hank Aaron’s 715th homer, he hushed for half-a-minute. Then: “A black man is getting a standing ovation in the Deep South for breaking a record of an all-time baseball idol.” 1986: “Little roller up along first  . . . It gets through [Bill] Buckner! . . . And the Mets win it!”—Series Game Six. Two years later Vin spoke again. 1988: “High fly ball into right field! She is gone!”—injured Kirk Gibson’s blast taking the Classic opener. A minute later: “In a year that has been so improbable, the impossible has happened!” A fine painter knows when less is more.

In 1983, Vin began NBC TV’s All-Star Game, Series, and Game of the Week, baseball’s window on the land. Its end in 1989 marked “the passing of a great institution,” he said, grateful that it had helped make him a household word. Airing a nonpareil 25 Series, Scully was named the American Sportscasters Association “Top Sportscaster of All Time”—paraphrasing Roy Hobbs in The Natural, “the best there ever was.” In 2016, Vin ended his last game by telling his audience, in words it could have used for him, “I’ll miss our time together more than I can say.”

From an historical perspective, what decade was baseball’s most glorious? With 16 teams as late as 1960, fans knew announcers of just about every team. Things have changed. What had happened?

Things seem more vivid when we are young. Hurts cut deeper. Heroes appear grander. Impressions last longer, like later a postcard from the past. Still, facts dictate that baseball broadcasting crested in the 1950s and early ‘60s, when this Baby Boomer was young. For one thing, baseball was America’s most popular sport; nothing else came close. There were also fewer teams—16, then 20—so announcers had to be, and were, almost uniformly excellent.

Broadcasters of this age knew the game, loved its history, and grasped its niche. Each was individual, often idiosyncratic, and utterly indelible. Voices differed: Ernie Harwell’s Southern comfort to Harry Caray’s bellow. Styles did, too: The Senators’ Bob Wolff’s elegance v. Braves’ Earl Gillespie’s bombast, his most common noun “we.” At the time, relatively few announcers were ex-players. One hosted the Mets’ WOR Channel 9 post-game Kiner’s Korner, former Pirates slugger Ralph Kiner. In a 1962 broadcast, Kiner interviewed New York catcher Choo Choo Coleman. The interview was proceeding nicely when Ralph asked, “What’s your wife’s name, and what’s she like?” Choo Choo snapped, “Her name is Mrs. Coleman, and she likes me, bub.” (Kiner, left, known for his entertaining malaprops)

Even now, recalling it is a hoot. Perhaps that’s what I enjoy most about baseball broadcasting. It is fun—then, and now. In 1982, Joseph Alsop wrote of Franklin Roosevelt a century after his birth, “Maybe I have become a sorry praiser of the past; but this is a personal memoir, and if I feel that there were giants in the land in the Roosevelt years. I claim the right to say so.” To those wishing to relive the post-war era, announcers were not giants, exactly or only even, but as friends are around the dinner table, almost family.

I have written here about Vin, but I’ll add this. Ken Levine, who not only won awards for writing for shows like MASH and Cheers but also became an MLB broadcaster, said that he learned from Vin about how to tell a story. I did, too, though I haven’t so well at it as Vin did, or for that matter Ken! I think back to first hearing Vin in the early 1970s and thinking, what or who else is out there. On my parents’ big radio, I could pick up the local affiliate of the Angels’ 3-D’s: Dick, Don, and… Read more »

In a FWIW addendum, I remember a story about the night the power went out at a Mets game, and Lindsey Nelson said that Jerry Koosman had once been with the power company in his hometown and could probably fix it. Someone asked Lindsey when he heard about that, and he said nine years before at breakfast. Why did it pop out then? The great ones have that trigger.

I believe Kiner, maybe in the same interview with Choo Choo Coleman, asked him where he got his nickname, figuring that would “kill” at least a few minutes. However, Choo replied “I don’t know.”