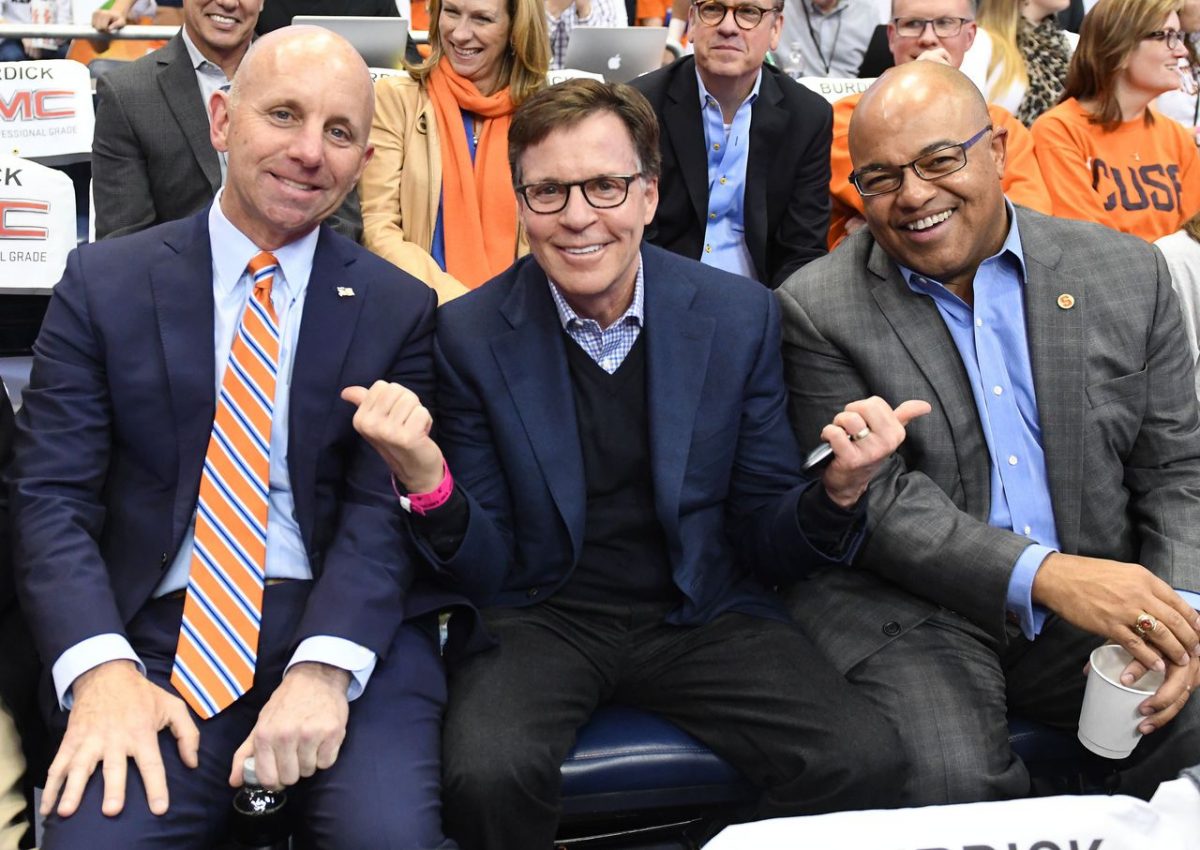 Covid-19 has cut down on opportunities for broadcasters, both those embarked or still in school. But veteran sports voices and aspiring students at Syracuse University continue to make the best out of a tough situation.

WAER, the original radio home at SU, has spawned more voices at the highest levels of broadcasting as any other student station in America. Today, the experienced and inexperienced, have two things in common. One, they continue to share a driven passion and two, during this period of social isolation, many are sitting home with an abundance of free time.

Over the last few months, the station has hosted numerous calls over zoom with broadcast personalities from both inside and outside the Syracuse and WAER bubble.

The list of those participating in these sessions include:

These Zoom calls have given both WAER desk and staff members opportunities to learn from broadcasters through casual conversations with a collection of successful pros they’ve looked up to from a young age.

“Syracuse really gives us the opportunity to not just talk to these broadcasters, but experience them as real people. The more that I’ve talked to them, the more I realize that they are normal people who just want to help you succeed because they were in your exact same position years ago,” said sophomore Cameron Ezeir.

One of the messages that resonated the most with Ezeir was from ESPN and White Sox broadcaster Jason Benetti who said that while it’s good to have role models, one can only be as good as the ambitions he or she has.

Although it may be a long and tiring path for an aspiring broadcaster to arrive at their dream job, Westwood One and Big Ten Network broadcaster Kevin Kugler reminded students to cherish the journey as much as getting to where you want to be. Kugler said he wished he enjoyed the process more when he himself worked his way up.

Kugler also dispelled the belief that doing sports talk and play-by-play in the booth don’t compliment one another when improving your craft.

“I’m always nervous that when you go to talk radio, that’s it. You’ll never make it out, and the quality of your play-by-play quickly diminishes. To hear someone like Kevin say ‘Talk radio helped me immensely in play-by-play,’ is so valuable,” said senior Gill Gross.

Talking with some of the bigger broadcasters in the industry has given these students a different perspective. WAER Sports Director Corey Spector said his most valuable takeaway was that no matter how strong one’s work ethic may be, you must lend a helping hand in order to flourish.

Spector added, “The most important lesson I think we all learned is how important it is to be a good person. It sounds so cliche, but it ends up being true. All of these people whom we talked with have immense talent. But they wouldn’t be where they are today without extending a hand and being a team member. The people who really get to the highest levels are all good to those seeking advice and don’t shun them away.”

It’s also meant a lot to the aspiring broadcasters at Syracuse to have the opportunity to talk with the voices of sports that they looked up to growing up. “People picked Syracuse because their idol picked Syracuse. When we go out to work, we’ll remember how generous the Newhouse network was to us, and we’ll reciprocate it,” said Gross.

Part of why Syracuse produces many of today’s top broadcasters is because it’s a hotspot for prodigies in the industry. But even with the industry so jam-packed and competitive, many of today’s top broadcasters are still focused on the progression of the next generation. “They think that although the space is crowded, and there’s a slew of talented people, and a lot of competition, that the industry only gets better when more people involved are getting better. Whether it’s people in their 40s, or people in their 20s or teens, these people really care about the growth and development of everyone,” said Spector.

The opportunity to sit down and simply enjoy conversations with people at the top of the industry has also washed away narratives about the rigidity of the business. “They get rid of the stereotype that the industry is cutthroat. They don’t consider us as people who’ll take their jobs. They recognize that we’re the future of the industry,” said Ezeir.

A message that every student can carry away from the meetings was something nearly every broadcaster emphasized, the importance of staying active this summer. Whether it’s calling taped games off YouTube, or doing something else that allows them to improve and develop skills in whatever their passions are, they made it clear that this must be a productive time.

Didn’t go to Syracuse? Over 150 sports voices went to colleges elsewhere and did just fine too