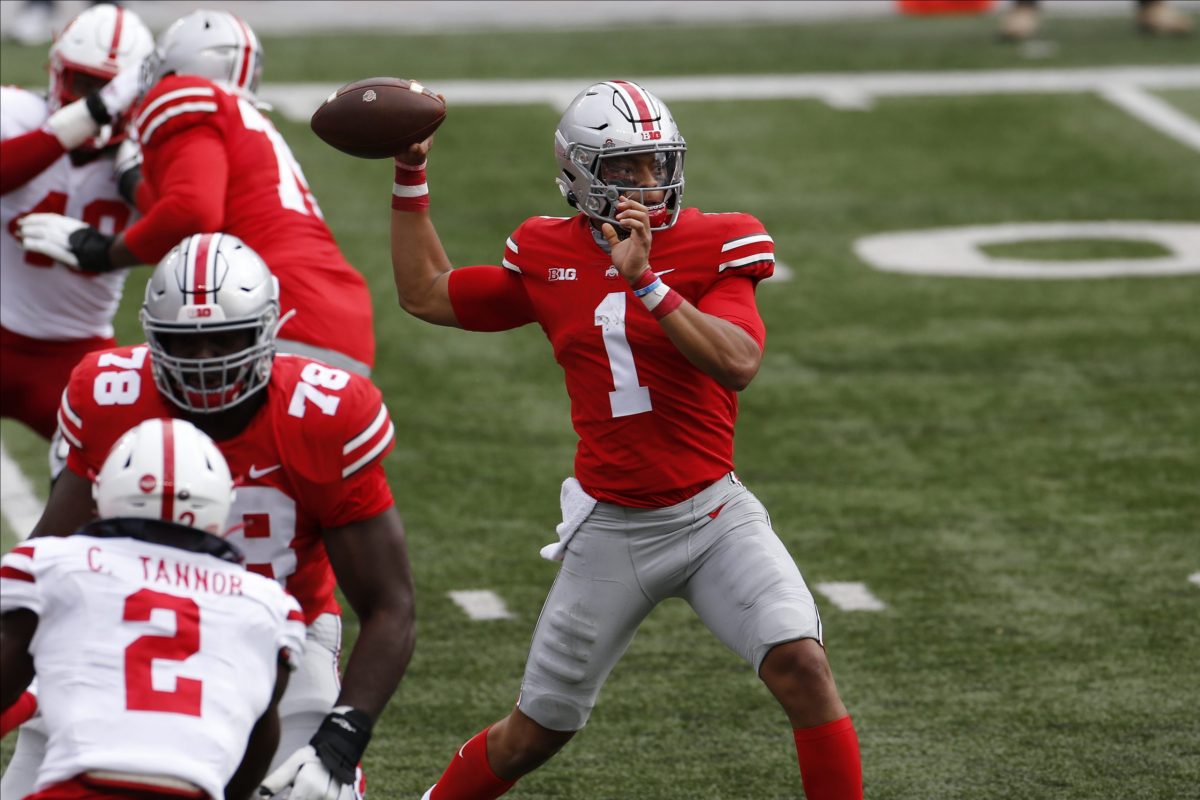 On Saturday Ohio State was cruising over Nebraska, ahead 45-17 with a little over two minutes left in the game. The Buckeyes entered the game ranked #5 in the country. For Ohio State coach Ryan Day, #5 wasn’t good enough. So with 18 seconds left on the clock, a back-up quarterback rushed the final two yards into the end zone to make the final score 52-17.

The question is why did Day see the need to pile on? If he was worried about the Buckeye boosters, his team was already covering the point spread, which opened with Ohio State favored by 26 and closed at 27½.

Nebraska coach Scott Frost had his Nebraska team prepared and they hung tough with Ohio State, trailing just 24-14 at halftime. But as the second half unfolded it became clear who was the better team—the much better team. When quarterback Jack Miller III ran into the end zone in those final seconds I wondered what Scott Frost was thinking.

When the two coaches met at the center of field a minute later, I wonder if Frost whispered those famous words that attorney Joseph N. Welch once said to Senator Joseph McCarthy: “Have you no decency, sir?”

Now for the good part. In the post-game press conference, Day apologized for that final touchdown in the waning seconds because, “I had a young quarterback (Miller III) in the game, and I didn’t feel I had the personnel to take the knee.”

What? You’ve got to be kidding Ryan Day? How much training does one need to take a knee? This is not the first time Ryan Day ‘s Buckeyes have humiliated opponents and piled on in the fourth quarter. Last year the Buckeyes were crushing poor Miami of Ohio 63-5 in the fourth quarter but Day found it necessary to score twice more—on passes no less—to make the final 76-5.

I wonder if Day apologized to Miami of Ohio for not taking a knee in that one. Day learned from one of the best when it comes to pouring it on. He was the offensive coordinator under Urban Meyer who had a history of such poor sportsmanship at both Florida and Ohio State.

Dabo Swinney is another who loves to humiliate the opposition. A week ago his Clemson Tigers were stomping Georgia Tech 66-7 when he felt it necessary to complete a 35-yard touchdown pass to make it a 73-7 final. I wonder if Swinney sent  a note of apology to the Yellow Jackets after the game? Last year he did the same thing to Tech. Leading 49-14 late, he sent his field goal kicker to make the final score 52-14. You see, anything over 50 was sure to impress the voters.

I’m hoping that “decency” returns to both the game and our country.

How it was handled on the Fox broadcast?

Saturday Fox analyst Joel Klatt was doing his usual good job carrying the Ohio State-Nebraska broadcast in the fourth quarter when Ohio State back-up quarterback Jack Miller III was about to punch it in from two yards out and only 18 seconds remaining. With Ohio State ahead by 28 already, you would think that the question play-by-play man Gus Johnson would ask Klatt would be: “Do you think they’ll take a knee here?”

But instead, as the play ran, Johnson asked Klatt: “Do you think coaches are aware of (point) spreads and things like that?” And to the amazement of many, Klatt answered: “I don’t. You can call me naïve. Coaches never look at that. As a player (at Colorado) I never understood.”

Then as the Buckeyes scored that final embarrassing TD, instead of questioning the motives, Klatt provided an excuse: “They’re just trying to get some young players some good experience.”

Maybe so, but Klatt ought to talk to a few coaches before he says they never look at point spreads. College football guru Beano Cook once said, “There isn’t a coach in the country who doesn’t know the line on his game because he’ll hear about from the boosters if they don’t cover.” In this day and age gambling is blatant on TV and the spreads on the NCAA games are posted in just about every daily newspaper and sports website in the country. You have to be blind not to notice them.

So as to Klatt’s own explanation, I’m willing to accept that he is a little naïve.