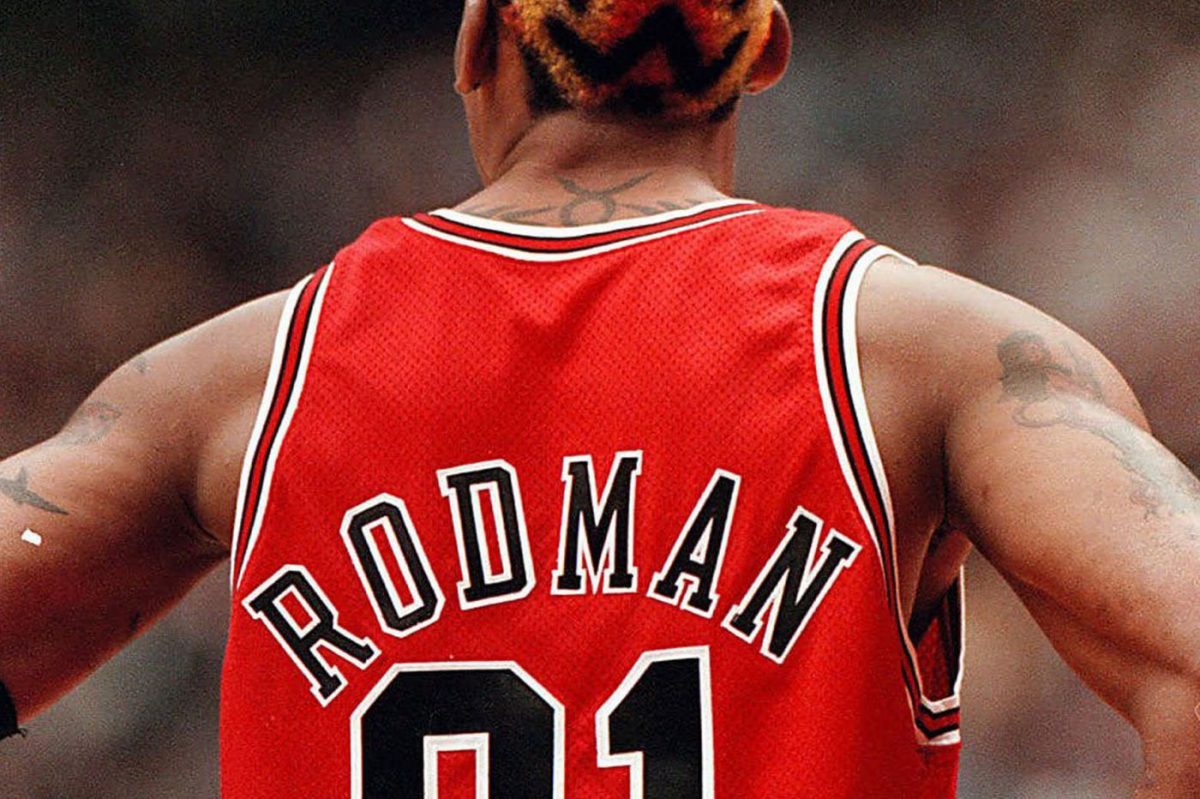 Dennis Rodman is a unique and inimitable character whose fame lives on, an immortal NBA personality, on and off the court.

Teammate Michael Jordan got the richly deserved attention this past spring when ESPN ran the captivating series, The Last Dance.

Sports were dark at the time. The pandemic took care of that. And Michael took center stage. The Sunday nights that the five week ESPN series ran, families gathered and watched together. Parents relived their younger years when Michael dominated the NBA. Children, told of his greatness the way parents were told of Babe Ruth’s, watched with great anticipation. If numbers are a measure of success, the ratings were through the roof.

There was quite a bit about Dennis Rodman, how couldn’t there be. He touched and continues to touch every nerve imaginable, from radical to rebel and from smart to an enigma. Most simply think Dennis is weird. 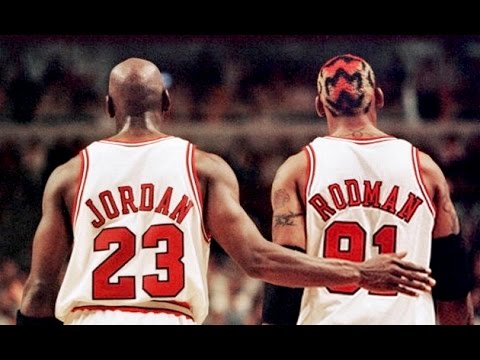 When Dennis Rodman’s name is dropped, people of all ages think about his wild persona. Whether it’s attacking players during a game, drinking 40 shots of Jagermeister before a practice or wearing a wedding dress to promote his book release, Rodman is the definition of a person who does what he wants and when he wants. However, after watching the ESPN 30 for 30 documentary, Rodman: For Better or Worse, it is clear that his childhood and early NBA career not only defined the Rodman we all know, but demonstrated to the sports world that you can be more than a great athlete by statistics alone.

Rodman’s early life in Dallas Texas, was filled with nothing but disappointment and exclusion. Abandoned by his father, experiences of homelessness, and not fitting in with other kids at school, Rodman was painfully shy. He led a quiet but turbulent life. By his own account, it was in this period that his deep desire began, for belonging and acceptance. In his first job as a watch salesman at the Dallas-Fort Worth Airport, Rodman was arrested for stealing merchandise. When asked about it in the 30 for 30 documentary, Rodman explained that he would give the stolen watches to people to gain their acceptance.

The desire for family and approval continued in his career with the Detroit Pistons. For a 26 year-old 6’8″ athlete, his teammates and colleagues were taken back by Rodman’s extremely shy demeanor and separation from the realities surrounding the professional basketball business.

“Dennis was extraordinarily, painfully shy and hard to get comfortable with,” according to Tom Wilson, the former Detroit Pistons president said. According to Wilson, at the peak of Rodman’s career he was one of the most popular players without ever scoring. Wilson noted how this was unlike anything the NBA ever saw at that time.

“I sensed a lot of fear, but I just thought he was sweet and innocent,” said former teammate and NBA great, Isiah Thomas.

Despite his abnormal behavior off the court, his raw innocence and heart to play made him a force to be reckoned with in a game. “Rodman is a free spirit. He doesn’t know anything except playing hard,” his late Pistons coach, Chuck Daly, said. Another ex-teammate, John Salley, reinforced what most said of Dennis, “He’s getting every rebound. He’s going for every block shot. He’s cutting you off and taking a charge.”

But the moment where the world first witnessed the personality of Rodman was when he cried during his first Defensive Player of the Year Award speech in 1990. Through his display of rawness and vulnerability, fans and the sports world could connect with him in a way that they couldn’t connect with other emotionally guarded NBA players.

At this point in his career, Rodman explained how he gained the love of many, doing what he did best, making people happy. He called himself the “darling of Detroit”.

Underneath the crazy hair and the rock star party attitude, Rodman still desired to entertain and please the people around him. When the “rock star Rodman” was born after the release of his autobiography, As Bad As I Want to Be, Dennis became as popular (some even argue more popular) than Michael Jordan. Chris Connelley, a sports reporter and ESPN contributor, argued that Michael Jordan didn’t connect with fans in the same way as Dennis did. “Dennis was the tangible superstar. You could see him. He would show up at places,” Salley added.

Even though he would party with entourages of people that only cared about his fame and wanted to participate in his irreverent lifestyle, Rodman argues in the documentary that people expected him to be this person and that, the loneliness and consequences that came with his life was on him.

Today when people think of Dennis Rodman, you either love him or hate him. But regardless, you knew him. He provided a personality that people could talk about and remember long after his career in a time where your career goal was to be defined simply by the records you would break and the number of championships you have.

Nowadays, there are multiple players like Lebron James and Stephen Curry, who sports fans and non fans can follow because of their ability to mix personality and athletic talent.

Even edited to fit the mold of a two-hour cable documentary, Rodman’s biography has the makings of a definitive late-20th-century American trash-epic, dizzily encompassing the manifold weirdnesses of its time and place.

There is a lot of material to cover with The Worm, and the depth of the doc is its biggest strength. Rodman is as enigmatic a person as the NBA has seen, and For Better or Worse captures that well.

In September, 2019, the premiere of the ESPN 30 For 30 documentary Dennis Rodman: For Better or Worse averaged 1.07 million viewers. The number for Lance Armstrong’s premiere, Lance, this past May was 850,000.