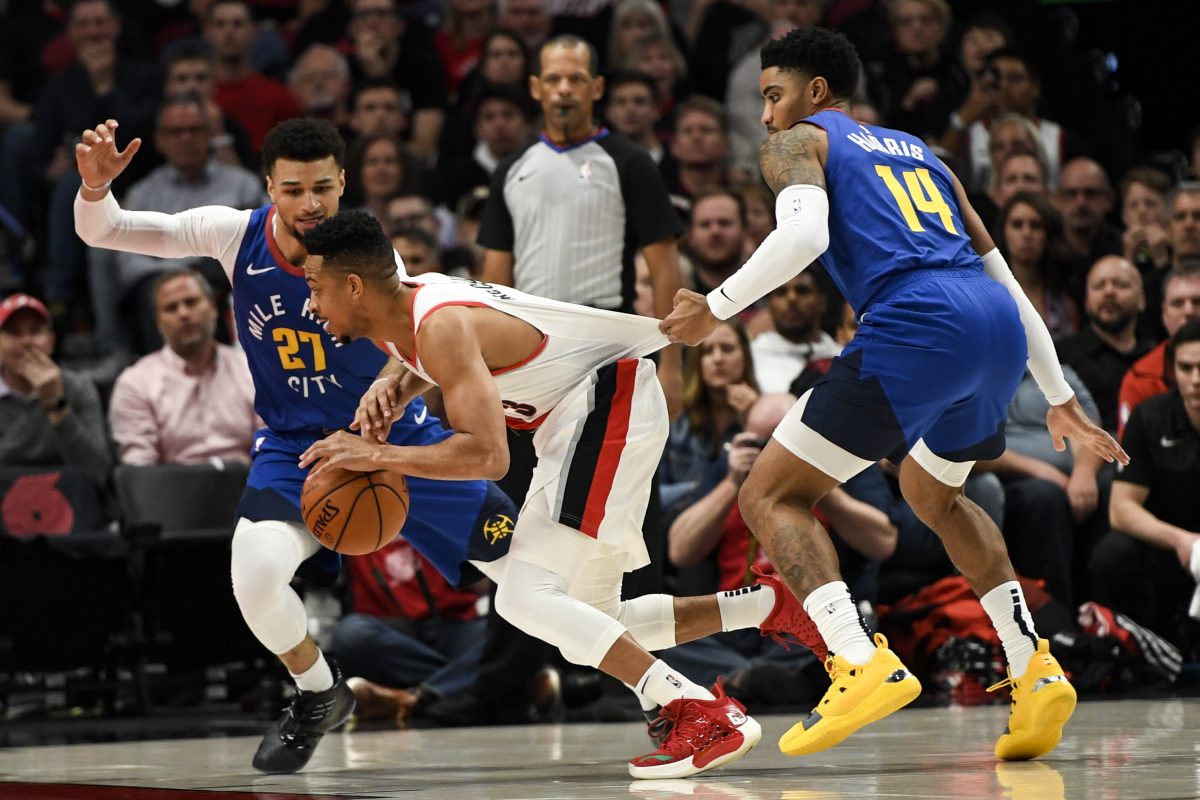 Denver-Portland four overtime thriller was won by the Blazers

Post time on NBC for the 145th Run for the Roses is 6:50 p.m. Gone from NBC’s  coverage are two great names of the past, Bob Costas and Tom Hammond. Mike Tirico will be at the fore. Hockey’s Eddie Olczyk will handicap, the Broncos star defender Von Miller is focusing on fashion and Dale Earnhardt, Jr. has been brought in froma speedier form of racing.

Then, there are the NBA playoffs games and the Stanley Cup. SCHEDULES BELOW:

NBC reported late this week  that the 2019 Stanley Cup playoffs continue to be the most-watched in seven years. Through Tuesday night (56 games) across the networks of NBCUniversal, the playoffs averaged a Total Audience Delivery of 923,000 viewers, up versus 2018 at the same point of the playoffs (912,000).

From a Derby equivalent, on the NHL front, a thoroughbred is sadly locked behind a barn door. The Carolina Hurricanes of owner Tom Dundon made a maddening decision last summer going to a television/radio simulcast. After 39 seasons, the glittering radio caller Chuck Kaiton was essentially released. The team’s fans are the victims. During the Canes’ energetic and uplifting run of success in these Stanley Cup playoffs, Kaiton had been silenced. For those who haven’t enjoyed Chuck’s work, here’ a little snippet:

ESPN reported that its overage of Friday’s historic quadruple overtime game, in which the Portland Trail Blazers defeated the Denver Nuggets 140-37, generated a 3.0 metered market rating, up 11 percent from last year’s comparable game, Houston Rockets vs. Utah Jazz  which generated a 2.7 rating. Friday’s Portland vs. Denver game telecast held strong at a 3.1 rating for all three quarter hours between 1:30 – 2:15 a.m. ET. The telecast averaged a 16.8 rating in the Portland market and an 8.1 rating in the Denver market. Denver gets excited for the Broncos. Sometimes no other sports.

Dave Pasch was okay last night. How does the commercial go, okay is not okay! There was nothing glaringly wrong with his call. He’s a superb college basketball announcer. The NBA rhythm and referee calls are entirely different. He sometimes struggles differentiating between violations, fouls and no-calls.

Yes, he’s been an NBA regular for ESPN, sounded like a professional announcer last night and did a fine job. But we witnessed history last night and although Dave said so a few times during the broadcast, I didn’t feel the passion, tenseness or a quivering excitement in his voice.

A stat man or a production person in the truck must have told him that the only only other four overtime NBA playoff game was in 1953. He mentioned it quickly without elaborating. A graphic was also posted. On March 21, 1953, Boston beat Syracuse 111-105. A seasoned NBA broadcaster would have mentioned that the flow of the NBA game changed in 1954, the following season, when the 24 second shot clock was instituted. The 1953 score itself should suggest that teams weren’t in a half-court hurry before the shot clock.

Maybe I’m expecting too much of Dave. He’s a very good broadcaster. But a little history would have helped his call last night. Had Pasch been more historically immersed and versed,  viewers might have had a better appreciation for last night’s pulsating breakthrough. Knowing the rules and some history of the sport should be mandatory for all play-by-play teams.

Not to knock Dave Pasch, but maybe the problem is that he isn’t an “NBA guy.” Yes, they could have stats people do a better job to help him, but compared with Breen or Albert in particular, I don’t know that the NBA is in his bones in the same way. I just don’t see them missing this in the same way.