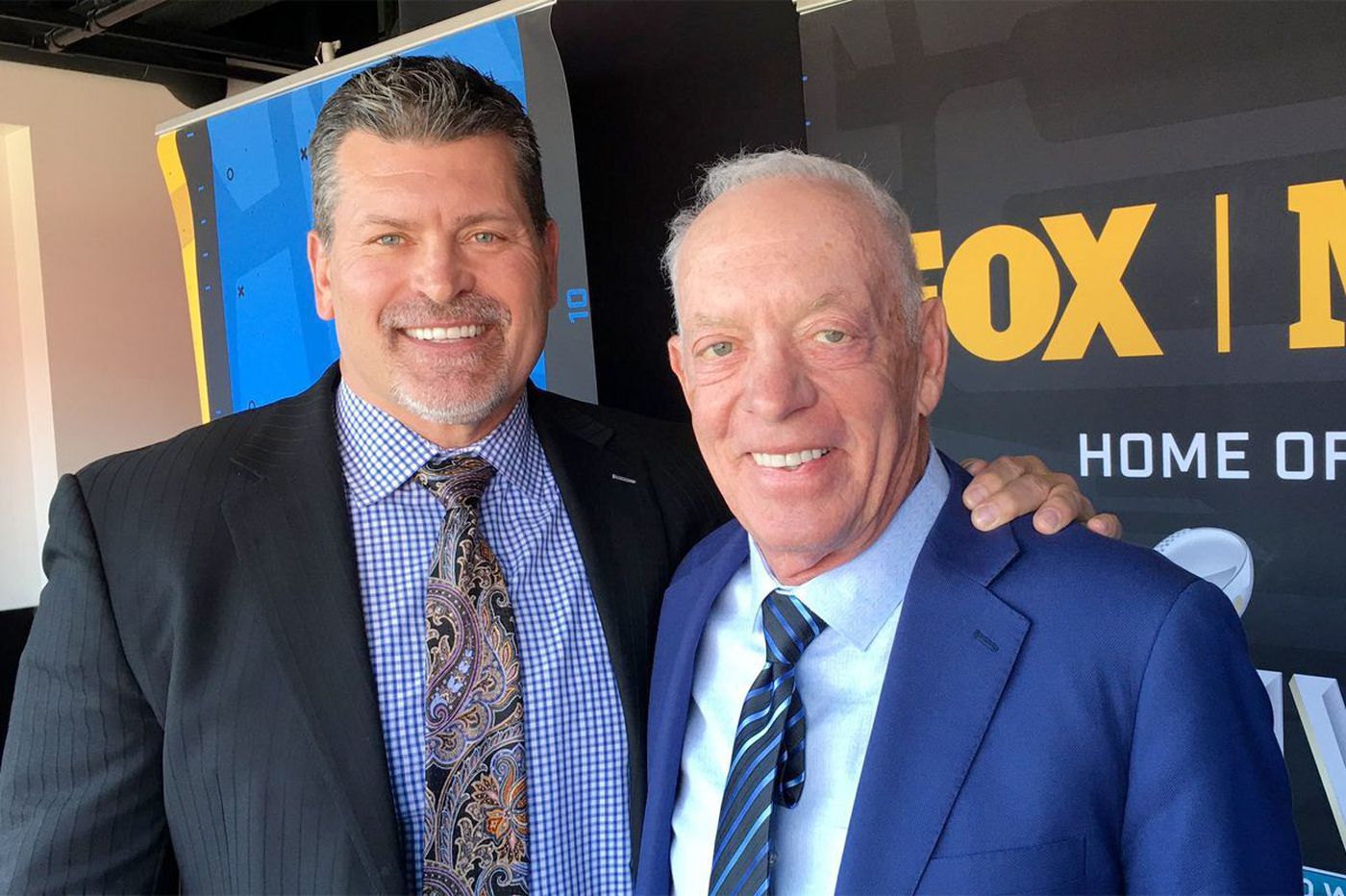 Dick Stockton called it a day yesterday, after 55 years! For those of us who grew up with his voice, it feels like yesterday that he was freshly graduated from Syracuse, tiptoed through Pittsburgh and Philadelphia and made his way unpretentiously to the network stage.

For parts of six decades, his mellifluous voice carried gently and memorably, reaching millions  of viewers around America, whether they watched on CBS, NBC, Turner or Fox. Yes, Stockton is one of the few in history among networks’ top echelon who comfortably called baseball, football and basketball. Think Curt Gowdy, Al Michaels, Bob Costas and Sean McDonough.

Stockton’s career swelled in the decade that preceded specialization. The 1970s was when network television exploded. Dick might not have been Babe Ruth, yet from a broadcast equivalent, he would have made the roster of the 1927 Yankees.

The truth is he was Cal Ripken. He didn’t seem to ever miss an assignment over a stretch of endless years. Ask him about his most memorable moment, he’ll tell you it was the Carlton Fisk home run in the gripping 1975 World Series, not all those NFL playoff games or Bird-Magic in the 80s.

Dick shared this: “When the game was tied 6-6 going into extra innings, NBC decided to alternate innings. I worked the 10th, Joe Garagiola the 11th and I was back on for the 12th. That’s when Fisk led off with the game-winning home run which has gone down as one of the great moments in baseball history. After I made the call of the home run, I remained silent as Fisk rounded the bases, and fans started to pour out of the stands. I didn’t speak again until he was about to enter the dugout. That’s when I realized nothing was better than the sounds and pictures of the scene. It was pure instinct, and I have had that attitude ever since.”

Broadcasters have salutations or calls for which they’re well known. Al Michaels will always be remembered for “Do you believe in miracles?” For Jim Nantz, it’s “Hello friends,” and for Brent Musburger, “You’re looking live.” For Dick Stockton it was none of the above, he was the reliable pro, the facts, say it simply, add nothing extraneous and get out of the way.

Call the game accurately and economically. It’s television, caption the picture. Don’t shout. As such, he was universally respected by his bosses and fans. His knowledge, command and constant ability to stamp an historic moment without putting himself ahead of it is how Dick Stockton will be remembered. Budding broadcasters can learn from it.

It’s about steadiness and Stockton didn’t change much from day one. From Lyndon B. Johnson to Joe Biden, through ten presidents, it was about consistency, a dulcet delivery and time in grade.

As Marty Glickman told his protégés, “Only your mother puts the game on to listen to you.”

There were other things too. He was there for younger broadcasters, happily sharing advice. When I asked ESPN’s Bob Wischusen whom he considered a role model, he said Dick Stockton. Ford Frick Award winner Ken Harrelson told me that Stockton was his mentor when they teamed on Red Sox telecasts. In recent years, he worked with new analysts and would reassure them while offering counseling.

In the 80s on CBS, his voice was interchangeable with Magic, Bird, the Lakers and Showtime. He didn’t try to fill his ego by flaunting his wares at public gatherings or by recording commercials. He was grateful for the experience and expressed it quietly. He told me that each season he would write letters of thanks to Pat Riley and others. He didn’t look for glory.

Stockton grew up in Queens, a baseball Giants fan, listening to Russ Hodges. His basketball play-by-play was influenced by Glickman and Cawood Ledford, two icons. Marty gave the game its language on radio and called Knicks games in New York. Kentucky fans swore by Ledford, his smooth delivery and the bond he built among Kentuckians and the Wildcats. Like kids of his time, Stockton was able to dial up the big signaled radio stations at night and listen to the broadcast greats. Each voice had his own style and each in his own magical way transported out of town listeners to playing venues hundreds of miles away. To young broadcasters then, it was their Disneyworld, a life of dreams.

Dick is now hanging up his network cleats, yet he might not be going away entirely. He had significant local stops too, calling Knicks and Spurs games, Oakland and Red Sox games, among others. And In South Florida, at last look, he still calls Dolphins’ pre season games.

It’s not like he has no interests other than calling sports. The 78 year old loves the piano where he can play an array of music covering genres past and present, popular and classical.

Dick Stockton will be missed!

He has a website, and I was lucky enough to exchange emails with him to thank him and wish him well, and he made clear that he just plans to spend time with his wife and, it appears tennis rackets and golf clubs. The tribute from Fox Sports included comments from Al Michaels–of course from a golf cart–saying they once played golf together in Hawaii and Stockton said it was like “high school with money.” A great way to describe the ideal sportscasting life (ranking with Garry Schumacher, the old-time sportswriter and Giants executive, who said Willie Mays would have… Read more »