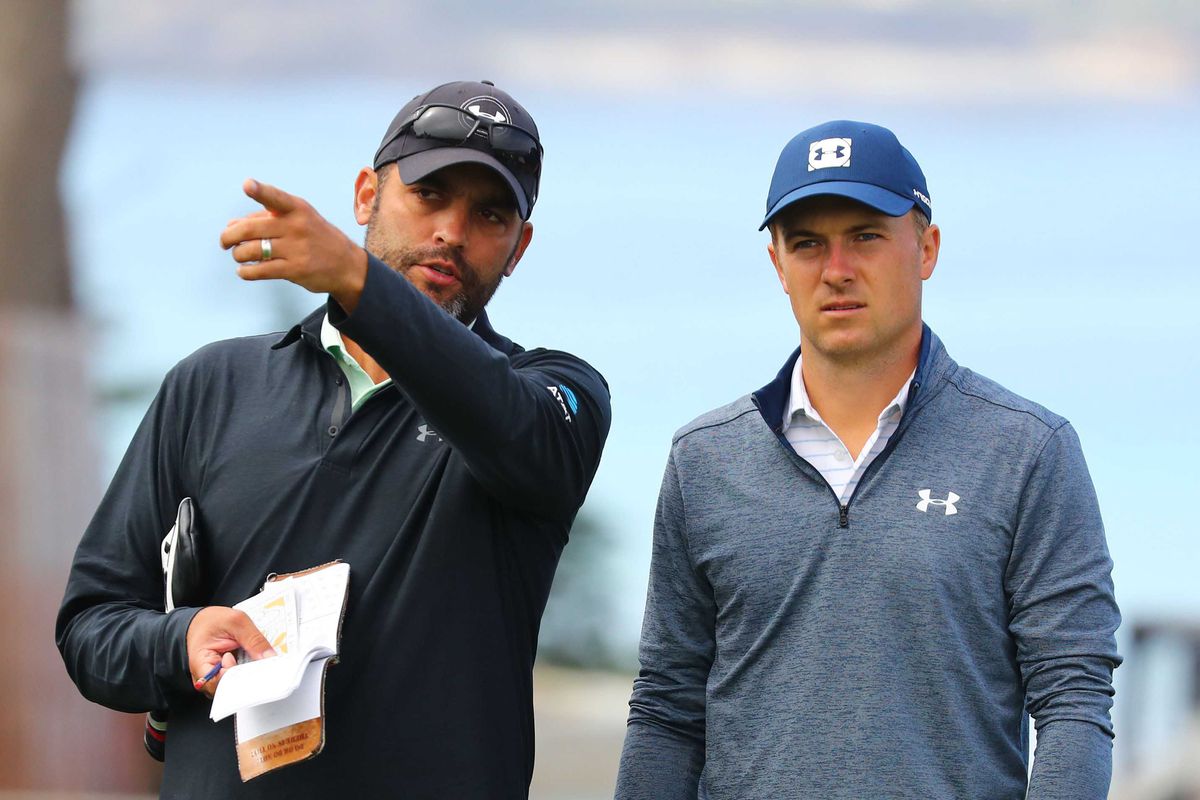 When you broadcast golf just once or twice a year, as Fox does, you can’t expect the network to match the great productions of CBS. Joe Buck didn’t come close to Jim Nantz and aside from the commentary of Paul Azinger and Curtis Strange, the rest of the show was lacking. But one area in which Fox excelled was presenting the sound on the golf course, a fact that Jordan Spieth probably wishes wasn’t so.

Before this year’s Open at Pebble Beach, Spieth thought he was almost back to where he was before, winning the Masters and U.S. Open in 2015 and the British Open two years later. But after a troublesome 2018, Justin recently felt he was close to breaking back through.

Friday at Pebble, however, frustration set in when a few unfortunate shots took him out of contention. Fox’ great sound team caught Spieth mumbling under his breath to his longtime caddie Michael Greller as they walked towards his ball: “Two perfect shots, Michael,” Spieth said sarcastically. “You got me in the water on one and over the green on the other.”

Maybe Greller did miss club Spieth on those shots. And Spieth certainly had a right to be frustrated with himself and temporarily upset with Greller. But did the rest of the world have the right to overhear their private conversation?

That soundbite -no surprise- wound up everywhere on sports TV and plastered an image of Spieth that will take him years to overcome. On ESPN’s PTI (Pardon the Interruption), Tony Kornheiser and Michael Wilbon each labeled Spieth a “brat” when the soundbite was aired on their show.

Decades ago Frank Chirkinian invented golf on television at CBS. He developed the plus/minus system for score-keeping, painted the cups white so we could see them, and among other things, he miked the tees. Sound on the golf course has come a long way since . We can now sometimes hear what club a pro and his caddie are deciding on in the middle of the fairway, and no one does it better than Fox’s crew. The pros are aware of this and it makes for great TV when we can hear it.

But should we be listening in after a bad shot when the golfer has no idea his conversation is being recorded and heard by the TV world? Do we hear what Draymond Green is saying while he’s complaining vehemently to the ref? Do we hear what the manager says to his player after a bonehead play? Do we hear the quarterback chew out his receiver who has dropped three in a row? No we don’t. TV knows not to go there, so in Spieth’s case Fox crossed the line of privacy.

Or should a professional athlete have no expectation of privacy whatsoever on the playing field?

One is a rank amateur at it while the other is Hall of Fame. So on Friday when Joe Buck publicly invited Nantz during the broadcast to join him at the anchor table, it also invited a comparison Buck can never live up to. This was different from when Johnny Miller joined Joel Klatt for a few minutes on Thursday. Miller is retired from NBC and was an analyst not an anchor. When Buck invited local resident Nantz, and did so publicly, it left Nantz and CBS little choice but to say yes, whether or not they wanted Nantz on Fox’ show. And Nantz did not disappoint in the ten or twelve minute stint. He looked great and dominated every moment he was on the set, including doing some play-by-play over a Phil Mickelson shot. It made the rest of the Fox team look like the JV.

It’s obvious Fox told the USGA that it would have its lead play-by-play voice Joe Buck, do the Open. when it bid for the rights. But as good as Buck is on football, he is just plain unfamiliar with the players today and at times just sounded like he was regurgitating a bunch of statistics. Yes, he’s very likable but Fox has to do more golf to give him more reps or at least give us an anchor who knows the game.

I don’t believe we were watching the same coverage this year because Fox clearly outpaced CBS coverage of the Pebble Beach venue. We saw Pebble like it has never been covered before, complete with drones, blimp, and strategic camera angles never before used since the days of the Crosby on ABC in the 60s, all the way through CBS’s milquetoast coverage this year. Establishing wider shots including the beauty, then moving in to the players, gave an awesome perspective to the property never seen before. Actually, I thought the Nantz presence was terrific and meshed well with the coverage. True,… Read more »

First, I’d say that Joe Buck deserves credit because he knew very well that the reaction to Jim Nantz’s presence would be the one here–and I don’t disagree at all with the comparison that Mr. Podolsky made; Nantz knows the game in a way that Buck does not and cannot. But I’m reminded of the stories of the early days of radio when announcers like Bill Stern and Ted Husing wanted to do games alone because they wanted no competition, then or later. Of course Nantz isn’t coming to Fox, but Buck certainly is conscious of media criticism of him,… Read more »