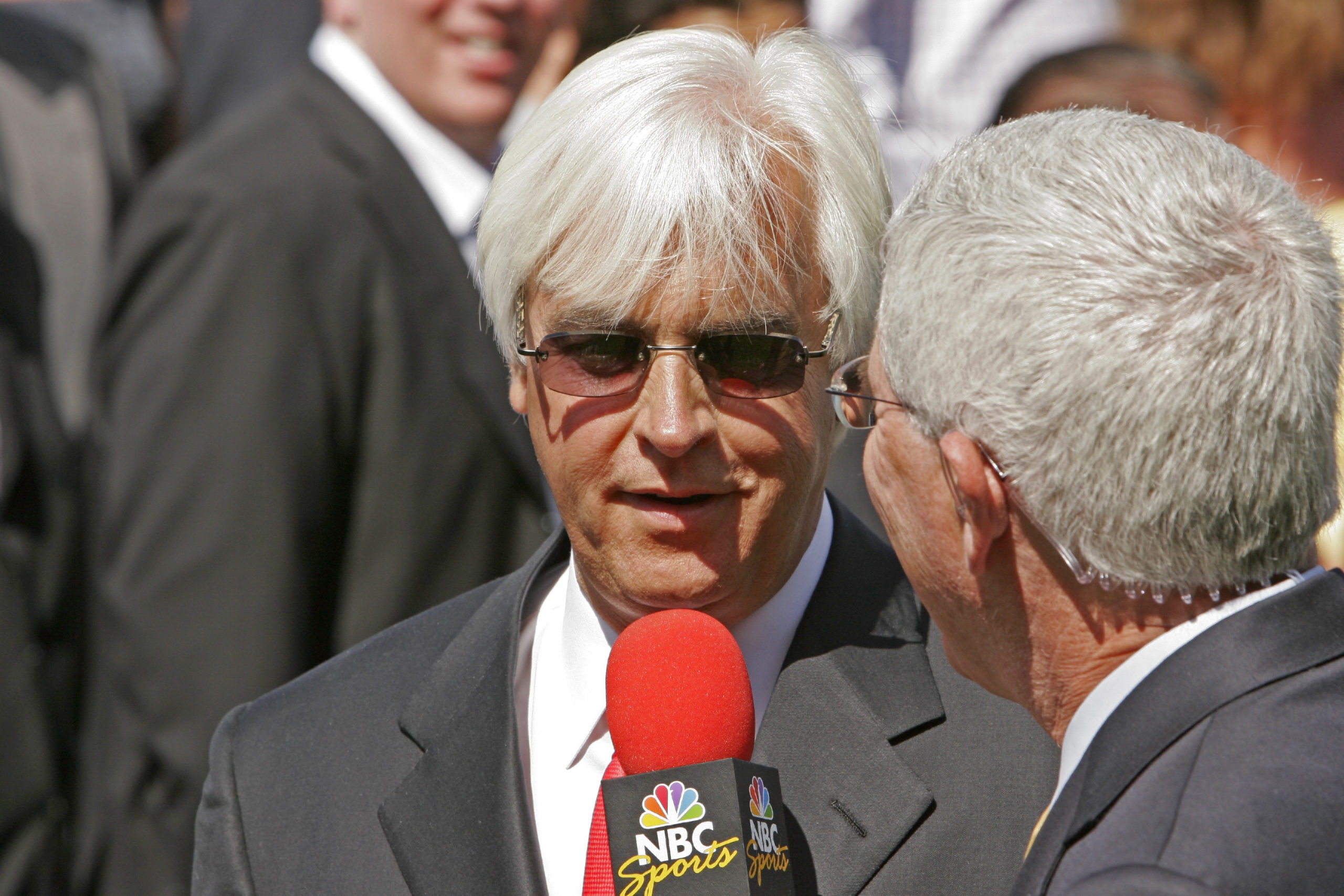 The beleaguered Bob Baffert is under scrutiny again

Don’t expect NBC Sports to gloss over Bob Baffert’s string of drug infractions this Saturday, like it did at the Kentucky Derby two Saturdays ago. In 7½ hours of broadcast time NBC devoted to the Derby it  spent exactly 30 seconds reminding the public that he’s no angel.

Prior to the race the network devoted a lengthy feature to comparing Baffert’s six prior Derby victories to Bill Belichick’s six Super Bow rings. And it wasn’t until after the race was over, and Baffert was bouncing to the winner’s circle all smiles, that Mike Tirico reminded us of what others were saying.

“Let’s be honest,” Tirico began. “There has been controversy around Baffert. He had a suspension erased by the Arkansas Racing Commission upon appeal. There are many in the sport that are jealous of Baffert, that question Baffert. He told us last week that ‘I am the one who is at the base of the sport—the one who takes the criticism.’ He says, ‘Come look, come see.’” Then Tirico paused and added, “Today Bob Baffert has answered those critics and Bob Baffert has passed Ben Jones as the winningest trainer in Kentucky Derby history.”

Tirico’s words sounded more like a defense attorney than a journalist. To be fair, NBC hates to see the sport tainted because it invested in Triple Crown broadcasts for years. Baffert is the network’s star. On Tuesday, the management of Pimlico Race Course agreed to let Baffter’s Derby winner Medina Spirit run in the Preakness this Saturday. Of course, it’s in their best interest, but it would be hard to keep him out since the horse’s disqualification still awaits the results of a second drug test from Kentucky. As you can guess, this isn’t Baffert’s first dance with the stewards regarding positive drug tests.

Bob Baffert has come up with a new version of “the dog ate my homework.” After Justify tested positive in 2018 and should have been disallowed from running in the Triple Crown, Baffert blamed it on contaminated hay. The California Racing Board swept it under the rug and told Baffert, no problem.

When two of Baffert’s star horses tested positive on Arkansas’s biggest racing day in 2019 (incidentally for the same betamethasone pain-killer that Medina Spirit had traces of), Baffert was suspended 15 days. But on second thought the Arkansas stewards wiped out the suspension and instead gave him a pair of $5,000 fines.

Last year when another Baffert horse named Mereneith tested positive for ingredients of a cough syrup, Baffert claimed a groom, who was taking a cough syrup for Covid, urinated in the horse’s stall causing the problem. At least that was original.

Two days ago, 2021 Kentucky Derby winner Medina Spirit, also trained by Baffert, tested positive for a small amount of a drug used to ease joint pain. Yesterday Baffert said he had no idea how the horse got it and that no one in his stable administered it. But today he had another story; the positive test was due to a dermatitis ointment (Otomax) his people rubbed on the horse without realizing it contained the offending substance. It was like Baffert was saying, “Oops, I did do it.”

This is Baffert’s fifth failed drug test in a year. If this had been Major League Baseball, Baffert would have been banned for life after his third failed test. Instead he got a $5,000 fine. So how can you take a sport seriously that does that? These fines are not even close to a slap on the wrist when you put them alongside million dollar purses.

In his career, Baffert’s horses have had 29 failed drug tests. Okay, it’s been a long career but that’s a hell of a lot of failed tests. Monday he told Dan Patrick the reasons for the recent ones and then wiped away the rest by saying, “I was a little sloppy early in my career.”

Is it no wonder that what was once one of America’s favorite sports, with stars like Seabiscuit and Secretariat, is nothing more than a joke in 2021. Only the bettors watch with interest.

NBC issued a release stating that the Derby’s TV-only average audience of 14.4 million viewers topped all entertainment awards shows for the first time ever and marked NBC’s most watched broadcast since the NFL Divisional Playoffs in January. Sports Media Watch added: “Viewership peaked at 15.7 million during the quarter-hour encompassing the race, up from last year’s peak of 9.8 million, but down from the rare postrace peak of 18.5 million in 2019.”

With a cloud hanging over Saturday’s race at Pimlico, we’ll see the TV number it generates.

The 2021 Preakness Stakes will air this Saturday, from 2 to 5 p.m. ET on NBCSN and from 5 to 7:30 p.m. ET on NBC. Coverage is also available by stream on NBCSports.com and on the NBC Sports app.

As a former thoroughbred owner here in Southern California, I am quite aware of the Bob Baffert Act aka its all about Bob! He gets the top talented young horses every year and is truly living off his past success to the point that he he really runs a very lax barn which has contributed to these medication violations. Baffert created more issues and embarrassment to himself and to the sport with his ‘PR Tour’. As to NBC coverage, they will go after Baffert again perhaps even more so. But, it is tough to watch the NBC coverage when they… Read more »