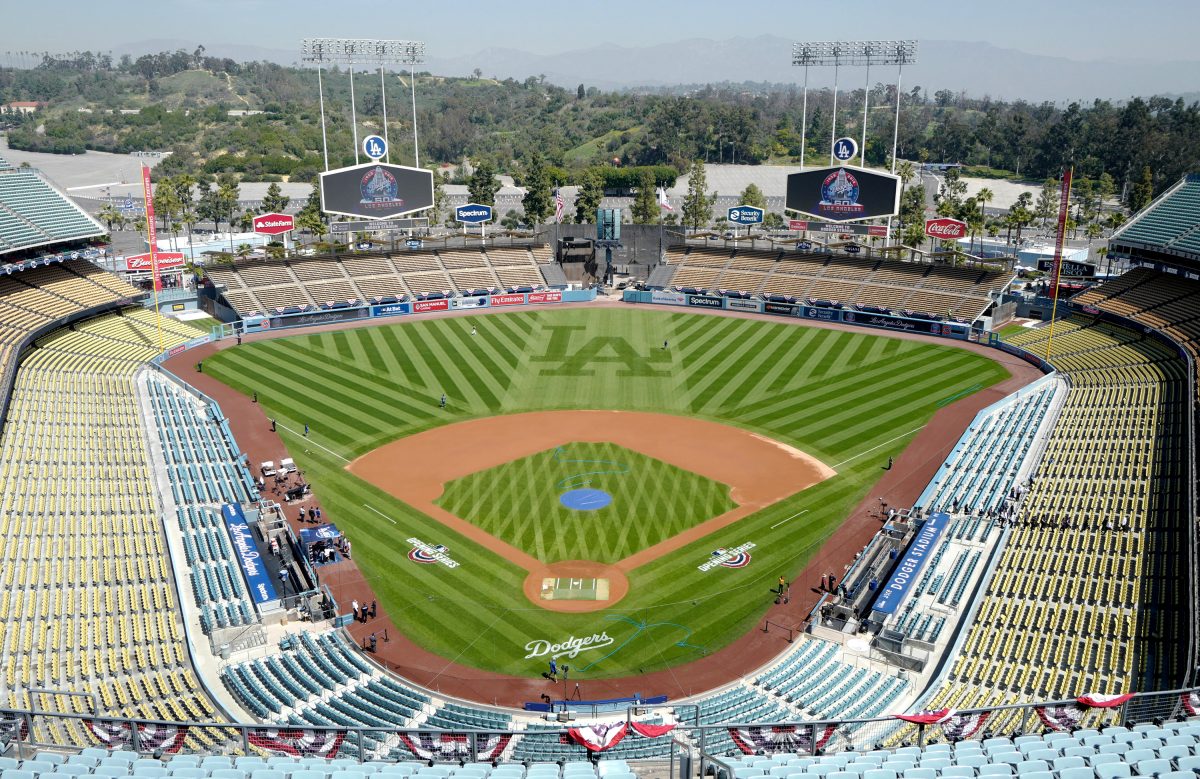 It’s good to see that Tim Neverett, the Red Sox radio broadcaster for the past three years, has been added to the Los Angeles Dodgers announce team, giving the broadcasts needed heft, particularly on radio. Tim will call somewhere in the neighborhood of 90 to 100 games. It appears the preponderance of his play-by-play will be on radio. Neverett might also do studio work on the team’s telecasts.

The move by Lon Rosen, the team’s marketing and broadcast director, follows a barrage of fan complaints about lead radio voice Charley Steiner.

Last summer, Tim had a pretty good sense that he might very well be the odd man out in a change planned by Red Sox rightsholder WEEI; one that would tinker with the sound, tempo and flavor of traditional baseball play-by-play on radio. In other words, Neverett says that he was essentially told to start looking. It gave him a head-start to apply for baseball work elsewhere.

Concurrently, the Dodgers began planning changes with its on-air personnel.

So Neverett fits the bill. He did television and radio in Pittsburgh for the Pirates and prior to it television in Colorado for the Rockies. As such, he has the reps in both mediums, can alternate between booths and feel comfortable on both radio or TV. In Boston, he spun yarns, painted a picture, didn’t scream and was a pleasant listen. He teamed with veteran Joe Castiglione and the two were becoming accepted voices of New England summers.

Lee Leonard who along with George Grande were the voices and faces that viewers first saw when ESPN went on the air in September, 1979, passed in New Jersey on Sunday night. He was 89. During its early years, ESPN scratched and clawed  before growing into prominence beginning in the mid 1980s.

My recollection of Lee dates back to the 1970s when he and the encyclopedic Bill Mazer teamed up for Sports Extra on WNEW, Channel 5 in New York. At the time, the station was owned by media giant Metromedia. The show aired on Sunday nights at 10:30 during pre-cable years. To many sports fans in New York then, Sports Extra was must viewing.

In theme, it was much like what viewers would see years later on ESPN’s SportsCenter, the network’s anchor and flagship news show. As such, when ESPN debuted, Lee was a natural to serve as the show’s co-host. Early on, ESPN was underfinanced and operated on a shoestring.

When Leonard and Grande first appeared, ESPN was available in only about one million homes and few viewers and fans took the network seriously. It aired only a limited number of highlights because of technological limitations and shallow pockets. The Rasmussens, Bill and Scott, who developed the conceptual framework for ESPN’s launch raised money by selling a huge stake in ESPN to Getty Oil. But Getty refused to spend big dollars on programming and sports rights. Eventually ABC purchased the network and used its reputational and financial capital to build ESPN’s stable of programs and play-by-play rights.

Leonard’s patience though ran thin quickly and he left the network in less than a year.

New York born and bred, Leonard’s course to ESPN began in markets like Cincinnati. He arrived in New York at WNBC Radio as a general talk show host. Walter Sabo, a respected radio programming consultant, posted on Facebook that “He (Leonard) was excellent. He didn’t talk about sports then and was highly entertaining. He was married to the grandmother on Gilmore Girls (Kelly Bishop).”

Sports Extra on WNEW TV gave New York fans something unavailable anywhere else locally; features, interviews, some degree of highlights, commentary and opinion pieces.  Sports Extra covered some high school and local college sports which wasn’t generally done anywhere else on New York television. Sports segments on the local late night news of network affiliates were saddled with time restraints and the number of pro teams in the marketplace. The weekly Sports Extra ran thirty minutes. The show did significant household ratings then, against network programming.

In an obituary in the New York Times written by Richard Sandomir,  Bishop is quoted as saying that Lee always regretted his decision to leave ESPN. Had he stuck it out, who knows? Leonard also hosted NBC’s Grandstand, a failed mid 1970s weekend sports show, initially hosted by Jack Buck.

Sal Marchiano, a New York television sports legend, also worked at ESPN during the network’s nascent years. He didn’t like it a bit. His last words leaving Bristol, before returning to New York, were, “Happiness is Bristol in my rear-view mirror.” It was an expression that Sal said was used in the ESPN building; the lyrics taken from the song, “Happiness is Lubbock in my rear-view mirror.”

Leonard was well thought of in New York. A good man. May his soul rest in peace.

I want to say that I thought Charley Steiner was great on SportsCenter, and his Y2K ad will go down as legendary, if it hasn’t already. I also think he absolutely loves baseball. But, indeed, he doesn’t have the radio rhythm. I’m sure his years on Yankees radio didn’t help, speaking of blowing plays and calls. I think he also still runs into the problem of how he came to the Dodgers. If Lon Rosen is sinking him, well, Rosen is being consistent. Rosen was behind firing Ross Porter, who never received the courtesy of an explanation or anything else.… Read more »

The proverbial elephant in the room here is Rick Monday who is usually relegated to color when his friendly, knowledgeable voice is better served doing play-by-play and not just when everyone is out “on assignment,” either.