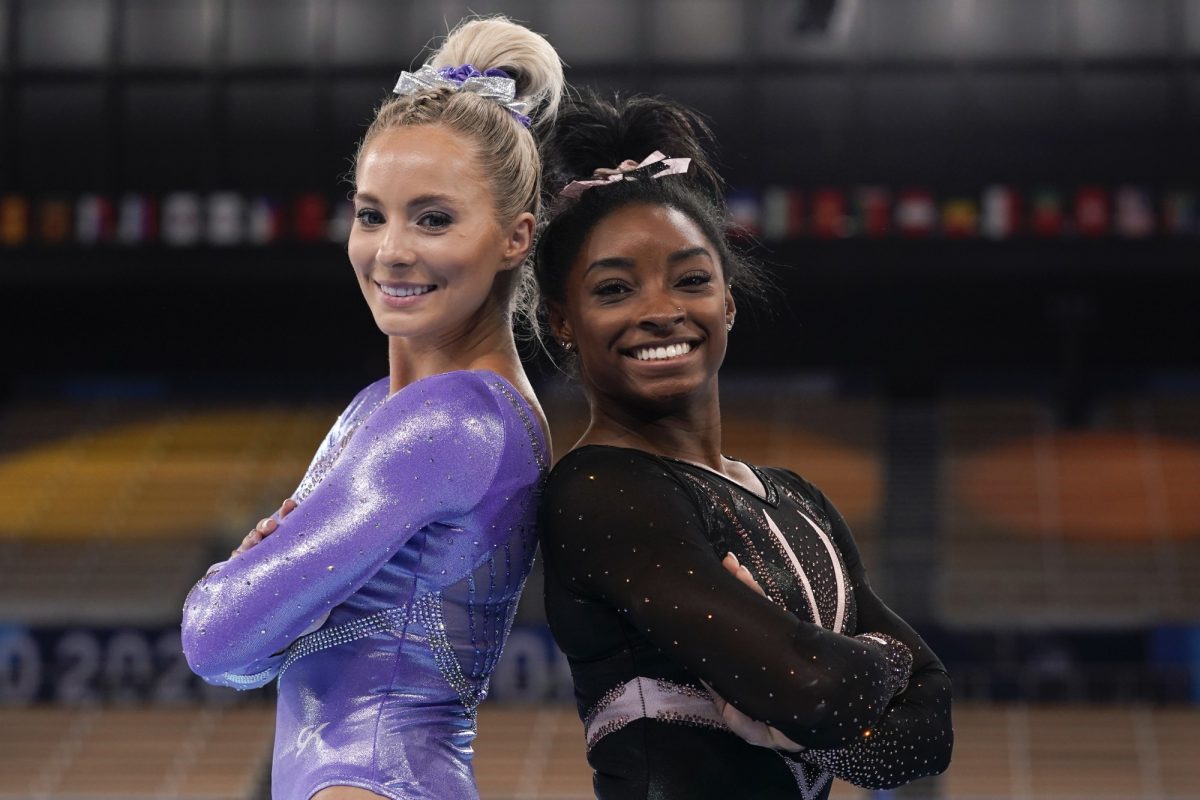 Outside of Mike Tirico, NBC doesn’t really care if you know who’s calling these Olympic games. There’s little to no identification of who we’re listening to!

Sunday night at 8pm (Eastern), Tirico opened the program and led into the call of the women’s vault in gymnastics.  As he threw it to them he softly told us who the “them” were: Terry Gannon, Tim Daggett and Nastia Liukin. Now if you don’t know who these people are you’re not alone. Let me introduce you.

Gannon, (below) a former college basketball star at North Carolina State has been calling Olympics for a long time—previously at ABC, so you might have heard of him, or at least recognized his voice. Daggett was a gymnastic star way, way back in 1984 and has been working for NBC every four years since ’92. And Liukin won the women’s all-around in 13 years ago in 2008. I’m not saying they’re not qualified, but it would be nice to at least see them on camera with graphic IDs under them so we know them a little better.

Whether you’ve heard of them or not, that’s the last time NBC wanted you to know who they were. All during the taped for prime-time call there were no graphics identifying who we were listening to and no visual shot of the announcers. It made one wonder if they were even in Tokyo.

This has been the typical procedure NBC has adhered to in nearly all the events shown. Last night a man with a lovely British accent was calling several track and field events, but I have no idea who he was. If you weren’t paying close attention when they first come on you have no chance of knowing who they are.

One can understand NBC wanting the Olympic events and the performers to be the stars, but we have been trained in America to care about who is calling the events. That’s why announcers like Tirico get $10 million a year plus.

NBC certainly has its problems with these games. The 14-hour time difference means as soon as something good happens everyone’s phone lights up with the news. Presenting it as if they were the next day’s newspaper has always been difficult. Then with the early loss of Naomi Osaka and the withdrawal of Simone Biles, NBC lost two of their biggest stars. (Hours ago, the gymnast announced that she’ll compete in Tuesday’s balance beam final.)

We used to see Bob Costas hosting for NBC, and we knew him. Tirico is an ok and reliable replacement. But other than his chats with Michael Phelps, it’s hard to know who is talking and whether they have any credibility. Won’t you help us out with with some graphics, NBC? Please.

Podolsky’s new book, “You Are Looking Live!” about CBS’ revolutionary pregame show in 1975 which introduced Brent Musburger, Phyllis George, Irv Cross and Jimmy the Greek to America, will be out October 1st.

NBC’s ratings continue to flounder. The network did 10.5 million linear viewers on Friday. It was the lowest audience of the Olympic games for the network so far. Juxtaposing the numbers against the same night of the Rio Olympics in 2016, NBC’s primetime viewership was down 56%.

Comcast which owns NBC says that it still projects that the Olympics will deliver a profit to the company.

On mainstream NBC tonight, look for Track and Field, Gymnastics and Volleyball

Agree with the analysis. The man with the “lovely British accent” is Leigh Diffey. Although Mike Tirico mentioned his name when he threw it to the track events, it is true Diffey’s name and those of the other commentators did not appear on screen. Tirico is no Costas (who is?) in my opinion, but he’s a solid host and adds value.

An additional comment – watched the Friday morning live stream from NBCSN. I believe Leigh Diffey handled the calls on the track, but you wouldn’t know that for sure since he never identified himself, of course there was no on-screen graphic to name the commentators and being British he was a “homer” for the runners from Great Britain being “quite pleased” with the results. Nice call though on the 4X100m men’s relay won by Italy coming from behind in the final 100m, but the overshadowing big story was the the US team failed to qualify for the finals and that… Read more »