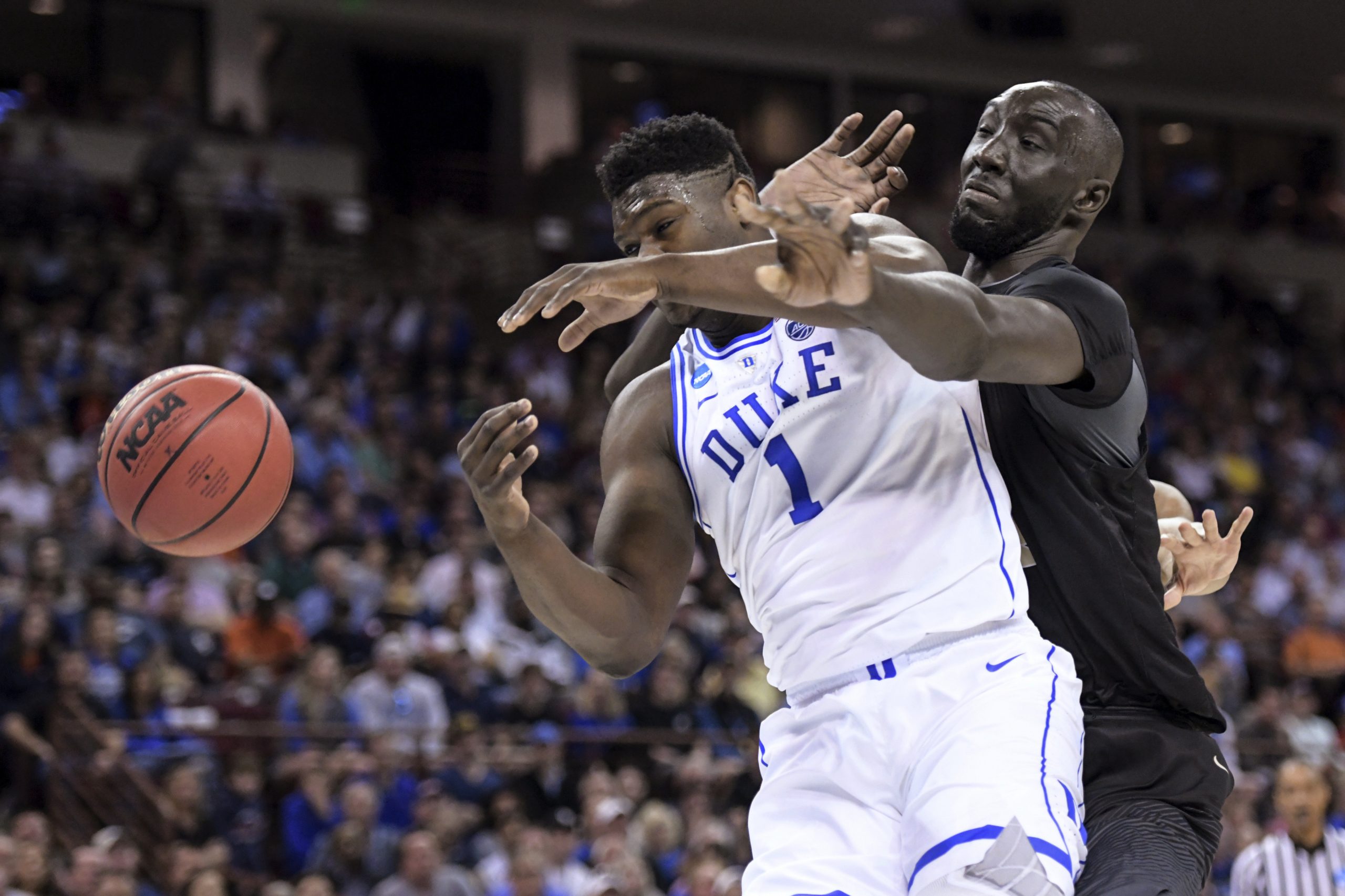 Bob Fishman has been directing big moments for CBS in the NCAA Tournament since 1982. Last Sunday, Fishman delivered on another one. After March Madness 2019 is in the books, one game we will all remember will be Duke’s hair-splitting, heart-stopping 77-76 victory over the University of Central Florida. Mentor Mike Krzyzewski beats longtime protégé Johnny Dawkins.

And thanks to Fishman, when the game was on the line, we at home got to see everything from the right camera, perfect lens and exact angle.

Fishman is a master at not only capturing the game but catching the emotion behind it, and Sunday he did it spectacularly, covering three critical plays down the stretch. The first instance was UCF taking a four-point lead after the shot clock might have expired. It was unclear whether UCF’s shot hit the rim, the back of the rim or the backboard on its way to 7’6” Tacko Fall who dunked it to give the Knights an apparent four-point lead.

While under official review, Fishman delivered replay after replay from five different angles, in regular speed, half speed and slow motion, trying to determine if the ball grazed the rim. Some views looked like it did and some looked like it only touched the backboard. CBS analyst Bill Raftery concluded it was too difficult to overturn the original call that allowed the basket. After the long delay the officials agreed with Raf who was working with Jim Nantz and Grant Hill.

Just a few seconds later UCF had the ball again on a fast break. UCF’s Dayon Griffin attempted to hit teammate Aubrey Dawkins with an alley-oop lob pass that could have been the knockout blow. Dawkins, son of the coach, couldn’t handle it and Duke had life. A few moments later the Blue Devils added three more points, closing UCF’s lead to one.

Sitting at home, I couldn’t believe that UCF missed the alley-oop connection and wanted to see it again. And of course, Fishman did show us the botched lob again and again. No controversy there.

Finally, it came down to Zion Williamson’s drive to the basket, with Duke down by three with 17.5 seconds to go. Zion knocked UCF’s B.J. Taylor out of his way early in the drive and then slammed into Tacko Fall, who stood with his arms straight up. Williamson collided with him while the ball fell through the net. Was it an offensive foul, which would have been Williamson’s fifth? Fishman’s pictures left no doubt that it was – if you were a UCF fan. The officials said no.

The next morning, two ESPN analysts, former longtime coach Seth Greenberg and former UCLA walk-on Sean Farnham felt that  it definitely should have been a charge.

“That wasn’t one charge but two charges,” Greenberg said Monday morning on SportsCenter and he didn’t hold back later on Twitter. Farnham added, “If it was a charge three minutes earlier (when Williamson picked up his fourth foul) it should have been a charge then too.” Good stuff from the young analyst.

Instead of a charge being called, the Senegalese Fall was called for his fifth foul. Williamson missed the foul shot but Duke’s R.J. Barrett got the rebound and a put back to give Duke the lead with only seconds remaining. But again, CBS’ replays showed Barrett pushing his defender in the back and then hooking his arm. ESPN’s Greenberg mentioned this too in his Monday morning analysis.

“There were a few things UCF could have done,” Greenberg said. “First, with a four-point lead (and under two minutes to play) you don’t go for an alley-oop. You pull the ball back, work the clock and make them foul you. Second, Coach Dawkins could have challenged Barrett’s put-back giving Duke the lead. There was a hook-and-hold and that can be reviewed in that situation.”

The final piece of drama occurred when UCF’s Taylor drove to the basket in an attempt to win the game while the game clock wound down. The ball fell agonizingly off the rim and the tap attempt by Aubrey Dawkins also rimmed out.

And once again, the replays we wanted to see were waiting for us. Then the emotional embrace between the two coaches was heartwarming. Dawkins was a Duke guard under Coach K in the 80s and later spent many years as his right hand man on the bench.

“I knew Coach K and Dawkins would have an emotional moment and I stayed on that shot longer than I ever had before in 38 years,” Fishman later told me.

I’m sure Mr. Podolsky worked with Bob Fishman at CBS Sports. They had a long tradition of great directors–Frank Chirkinian, Bob Dailey, Sandy Grossman, and Tony Verna, especially. I think Fishman should go on that Mt. Rushmore. And as I recall, he was the original director of the classic version of The NFL Today with Brent, Phyllis, Irv, and the Greek.