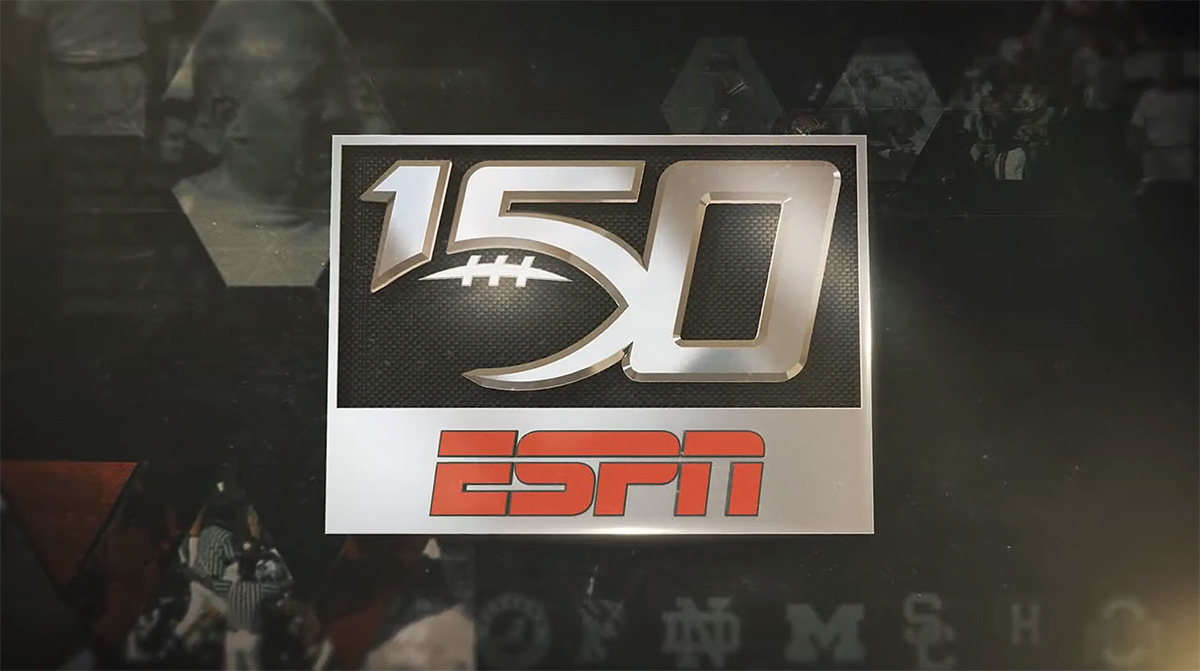 When sports honcho Roone Arledge began broadcasting college football at ABC in 1966, one of his very first hires was Beano Cook. At the time, Cook was the University of Pittsburgh’s college football publicist and one of the game’s most influential voices. Beano was so opinionated that Sports Illustrated did a feature on him.

After arriving at ABC his impact was immediate. He sent blistering memos to Roone and the ABC Sports executives regarding scheduling.  Soon they began to listen and in 1969 Beano convinced Texas and Arkansas to change their September date to early December. His reasoning was that they would both be undefeated and that ABC would broadcast the game where the winner would become the national champion.

They agreed to move the game and ABC was there along with President Nixon to crown the winner. Remember, this was before the advent of cable and the landmark Supreme Court decision in 1984 that opened television’s floodgates to show tons of games every Saturday. The key game televised nationally was a real big deal.

Eventually, Beano moved to CBS Sports. His impact? When Arledge changed ABC’s pregame format in the early 80s, Roone personally called Beano at CBS to ask him to join Jim Lampley on the set.

Recently ESPN has run an interesting series called CFB 150 on the history of college football. Last week, it broadcast an episode titled Television which documented TV’s impact on the game. As a long-time friend of Beano’s, I found it difficult to believe that ESPN could completely ignore his contribution in this episode—not only his contribution at ABC, but at CBS in the 70s and even getting ESPN’s GameDay off the ground in the 80s.

John Lukacs, a Pittsburgh writer has been working on Cook’s biography. The episode didn’t sit well with him.

“The ESPN white-washing was particularly alarming in my opinion,” said Lukacs. “GameDay was on life-support for a long time, but what most people don’t get is that Beano was largely the person keeping it on life support. His role with GameDay was important but big-picture, it was providential for the network that he was at ESPN when he was.”

The following episode in ESPN’s series, called Voices did have a short mention of Beano, with ESPN senior football writer Ivan Maisel on camera. It was preceded by an unnecessary embarrassing clip of Cook complaining on camera that he couldn’t hear anyone through his earpiece.

“He didn’t have the traditional perch,” Maisel said in the episode. “He didn’t call games. He wasn’t an analyst in the booth, but he had such a great way of putting things that people wanted to know what he thought.”

If the producers of the Television episode wanted to know what Beano Cook’s impact was, they could have asked longtime ABC executives Howard Katz or Barry Frank, or even Disney CEO Bob Iger, who was programming Wide World of Sports in the early 80s. They could have asked former ESPN executives Steve Bornstein or John Walsh. Unfortunately they chose not to.

For the third week in a row Urban Meyer handed out a winner for the viewers of Fox-TV’s Big Noon Kickoff. In the picks segments, the analysts are asked to give a final score for one particular game they like. Last week, Meyer predicted Iowa over Purdue by 14. Since Iowa was an 18 1/2 point favorite it was a clear signal to bettors that the pick was Purdue and the points. Purdue hung tough the whole game and lost by just six. It marked the third straight week Meyer was correct.

Unfortunately, the same can’t be said for ESPN’s Kirk Herbstreit in GameDay’s picks segment the last 10 minutes of the show. During the segment, six of Herbstreit’s selections were clear underdogs (South Carolina, BYU, Tulane, Temple Virginia and FSU). By taking the points with those six, one would have lost four of the six games.

If you’re wondering, these are the eleven distinguished media people recognized by ESPN:

Munson was the longtime and inimitable radio Voice of Georgia. All others on the list except writers Jenkins and Rice, were network television play-by-play men

Our condolences to family and friends of Donn Bernstein, another colorful personality so synonymous with college football. He spent his early career in his native California as Sports Information Director at USCB. Bernstein later served as a producer of college football at ABC and was with the public relations agency, Cohn and Wolfe for 25 years before he retired. Bernstein, known as ‘Bernie’ was an unforgettable character. He died last week in New York at age 83.

Editor’s Note: Upon reading this article, Howard Katz, an executive with the NFL and once President of ABC Sports and earlier Executive Vice President of ESPN, added this:

I was at ESPN when we made the decision to take College GameDay on the road and I can tell you that the person in my ear CONSTANTLY arguing to take the show on the road was Beano Cook.  He was really the driving influence.  And at the time it wasn’t all that popular a decision.  There was tremendous concern over the ability to put together the necessary resources and infrastructure to support the show week in and week out on the road.  But we made the decision, in part because of Beano’s relentless lobbying and passion for the cause and the rest, as they say, is history. Beano was one of the most unique characters in the history of sports television and it’s a shame that so many people in the business today are unaware of his impact.

Thanks, Mr. Podolsky, for a great piece (and now I have to figure out if we are distant relatives, since there are some Podolskys in my family!). Looking at that list, Grantland Rice was the one who wrote about “the Four Horsemen of Notre Dame” and, I believe, “The Gipper,” so if anyone created the mythos of college football, he did it. And I loved Dick Enberg–probably the greatest all-around sports broadcaster of my lifetime, considering how many different things he did and did well–but he didn’t do THAT much college football. And Chris Schenkel was the main voice of… Read more »

The top contributors on the media list are solid and I understand the addition of Larry Munson, but if you asked the average college football fan if they’d ever heard him broadcast a game, 99% wouldn’t know who you were talking about; yet he’s third on the list? Apparently, this was a nod to the SEC and/or a desire to show the list wasn’t exclusively national. No disrespect to Munson, but it’s way too high if he should make the list at all. Meanwhile, no Chris Schenkel, the voice of college football in the 1960s and 1970s who called so… Read more »

Frankly, the Voices episode left me perplexed at the list. As someone else noted, the lack of Chris Schenkel — the national voice of college football before Keith Jackson — was sad and Munson, while very good, made the list at 3 as a UGA announcer for basically a handful of quotes that made the national media wet themselves. John Ward, longtime Tennessee announcer (and a USFL announcer on ABC) was as much or more of an institution as Munson without the homerism. Other notes include that Verne was a Texas announcer before moving to ABC and then CBS where… Read more »

planning one on just this topic – in the next week or two. Thanks