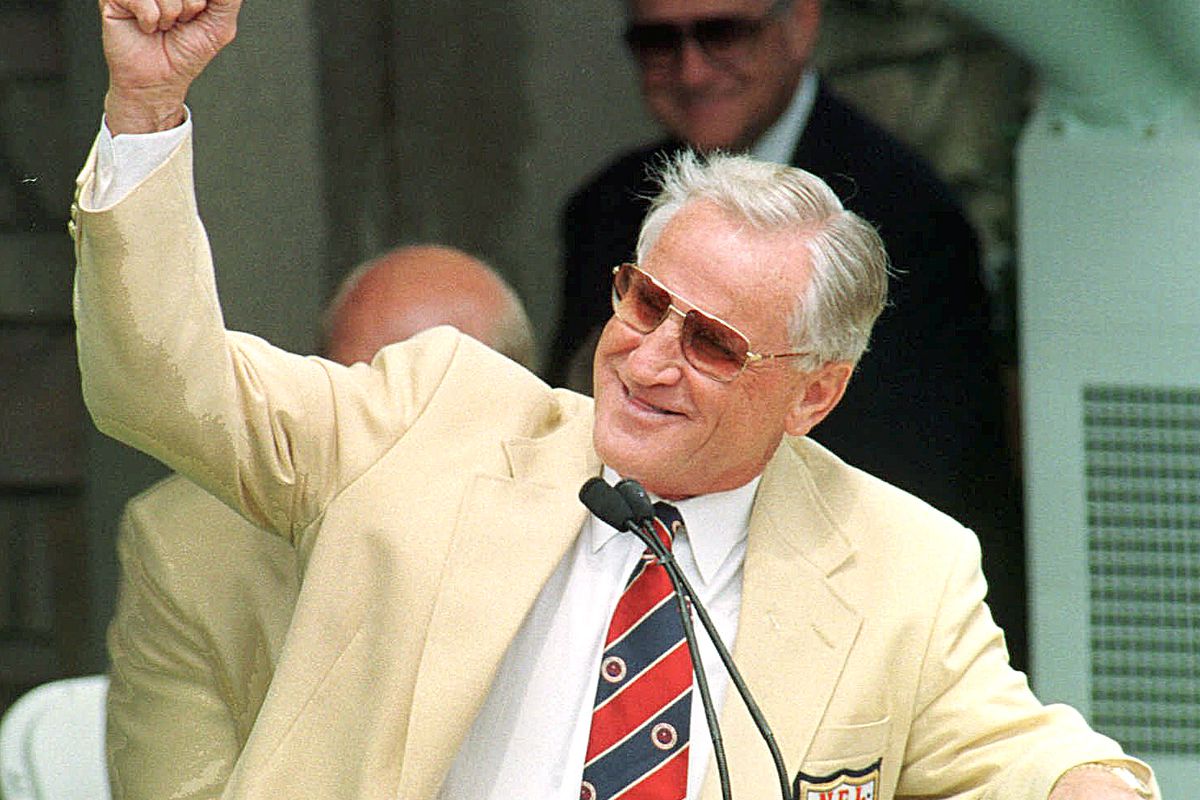 Don Shula’s famous jaw would jut out perfectly on the NFL’s Mount Rushmore. He’d be right up there alongside Paul Brown and Pete Rozelle as one of the men who built the league. And his greatness will never be challenged–not only measured by his astounding 347 victories, but by the tributes of the men who played for him.

So, when Shula died yesterday at the grand old age of 90, you would think that ESPN, the self-proclaimed Worldwide Leader in Sports, would give Shula a king’s sendoff—especially on the 11 PM SportsCenter, and especially during a time when there is so little happening in the sports world. But this did not happen Monday night.

Scott Van Pelt did lead with Shula’s passing on SportsCenter and that followed with a series of quick, choppy, sound bites: from Dan Marino, Bob Griese and Larry Csonka. Each bite was under 24 seconds and cried out for more. These were Hall of Famers who loved Don Shula and whose feelings for their beloved coach were cut down to an ESPN sound bite. There were also short sound bites from former coaches and the obligatory statement written for Bill Belichick read by Van Pelt.

You would have thought that especially with nothing else going on, and with all day to line up the last-night show, ESPN would have had a lineup of interviews set, instead of a few short edited sound bites. Van Pelt is known for his interviews on the program and in fact he had one that night with golfer Brooks Koepka.

Koepka told a story about golfing a round with Michael Jordan who had a bet on every hole. That five-minute interview lasted as long as their entire opening segment on Shula, but then again, ESPN is in the Michael Jordan business these days, airing 10 hours of their documentary on Jordan, called “Last Dance.”

This  morning ESPN did finally give Shula the kind of salute that should have happened the previous night. On their morning show “Get Up,” host Mike Greenberg had a terrific eight-minute emotional chat with Larry Csonka, who recalled Shula as a man who “could turn a negative into a positive; a liability into an asset” and how Shula become “family” over the years as the players from the ’72 team got together each year to celebrate their perfect season.

He recalled Shula as “a man with great intensity who overlooked no detail, but also as a man with a sense of humor,” and when coaxed, laughingly recalled the time he and Manny Fernandez put an alligator in Shula’s shower. Shula was thankful, Csonka said, that they decided to tape the gator’s jaws shut beforehand.

When ABC hit the airwaves with Monday Night Football in 1970, commentator Howard Cosell was a lightning rod for either strong praise or criticism. As a result, a few seasons into the series, the Mutual Radio Network saw an opportunity to build an audience that just found it hard to swallow Cosell. They distributed a radio version of the Monday night games and pumped it out throughout the country. The star of the pre game show was Don Shula who provided his analysis of the Sunday games and his preview of the upcoming the Monday game.

Don Shula attended DIII John Carroll University. He’s certainly the biggest football name who went to the Ohio based school. There are others. They include:

CBS made it official this morning that Charles Davis will replace Dan Fouts in the network’s #2 booth. He will join Ian Eagle and Evan Washburn. CBS says that Davis will contribute across both platforms, the mainstream on-air network and the cable network. In that role, he’ll also serve as an analyst of college football happenings. Davis has broadcast training and studio experience and is more than capable of covering college basketball as well. The likable Davis has a chance to grow his career at CBS.

I’m reminded of when, on August 16, 1977, the CBS Evening News led with a package about the Panama Canal Treaty, which was certainly important and controversial, and a lot of critics wondered why the top story wasn’t the death of Elvis Presley. The CBS News president, Richard Salant, had always insisted that what mattered first was what people needed to know, and said, “Elvis Presley was dead. So what?” But later that year, when Bing Crosby died, that led the newscast, so the joke was that the network had revealed its musical taste. ESPN revealed it’s no longer Bob… Read more »