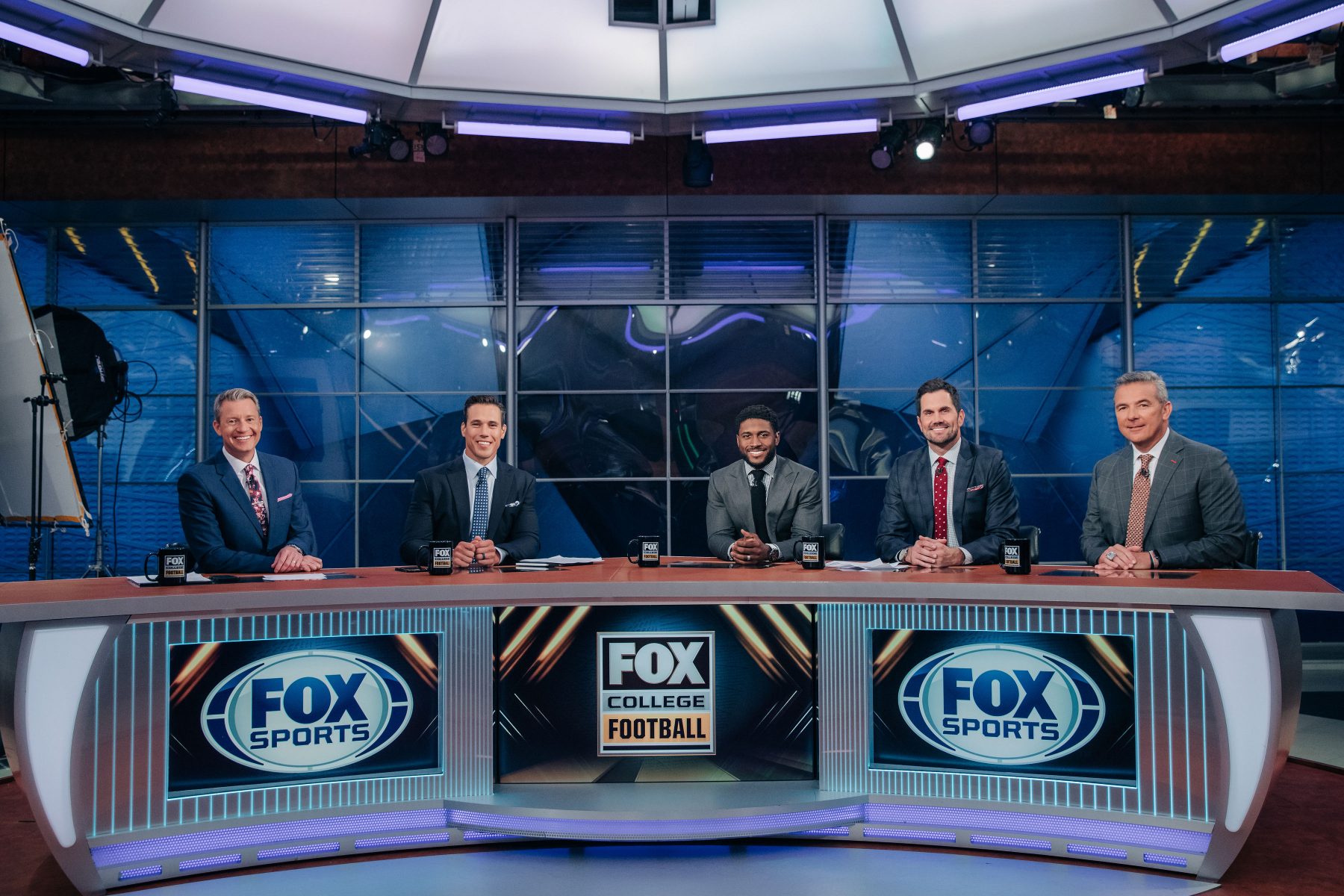 ESPN got a quick start and a good rating when it kicked off its college football coverage last weekend. The network says that its Miami-Florida telecast did a 4.1, representing its highest rated regular season game in some three years. The network benefited from a tight contest.

The duo called the Gators-Canes game and has been assigned ABC’s Saturday Night Football when #11 Oregon meets #16 Auburn this weekend. They’ll also have the Labor Night battle, featuring  #9 Notre Dame at Louisville. Fowler couldn’t be any busier. As ESPN’s lead tennis caller, he’s at the U. S. Open in New York this week.

Chris lacks the edge of Musburger, the command of Keith Jackson or the smooth inflections of Sean McDonough. He is superb in, and best suited for the studio.

As for Herbstreit, he knows the game and makes astute points. But he sometimes talks for the sake of talking. Silence is golden. Where’s Musburger to call him Herbie?

It’s about taste and for my dollars, ESPN has better college play-by-play teams in its deep stable. They include Sean McDonough and Todd Blackledge, and Steve Levy and Brian Griese. (Brian, you’re better than your dad Bob was at his height at ABC. Again, opinion.) Levy is wonderful and one of the very few who’s as smooth in the play-by-play booth as he is in the studio or when he’s reporting from the gridiron; be it pre, halftime or post game.

Steve’s emollient smile and nonchalant humor are always a welcome distraction from life’s daily challenges. It’s contagious. He smiles. You smile. (When I interviewed Warner Wolf a couple years ago, he told me that some of his success was driven by a big smile on the set. Viewers don’t want some gloomy looking worrywart on camera. They get enough of it at work)  Steve and Brian get Saturday’s Chick-fil-A Kickoff, Duke vs. No. 2 Alabama from Atlanta on ABC.

Another good game caller is Bob Wischusen. I love his passion and his attention to detail. He joins Dan Orlovsky and  Allison Williams to preside over the North Carolina – South Carolina game. (Did you know that South Carolina was once a member of the ACC? As the story goes, Frank McGuire who coached UNC’s basketball teams before moving south to the Gamecocks, pulled South Carolina from the ACC. He later denied that it was at his urging. A little revisionist history, I believe.)

As tradition has it, when the show concludes, Lee Corso will don the headgear of the predicted winner of  the headline game. He’s done so since 1987. ESPN has been keeping records. Corso’s mark on predictions through the years is 214-115. Corso turned 84 earlier this month! You have to love his enthusiasm.  As a  coach, chiefly at Indiana and Louisville, his record was 73-85-6. Better prognosticator than a coach, I suppose. He’s a lovable guy.

After he left coaching, Corso served as Director of Business Development for the Dixon Ticonderoga Company which sells pencils and art supplies. The company must have taken note of the fact that Corso likes waving a pencil on-air, so it figured he would be the right fellow to develop accounts. For those of age, you’ll remember Lindsey Nelson doing something similar. We all have a crutch and Lindsey said his was holding an inanimate object while broadcasting.

Fox’ top talent for college football will be Gus Johnson and Joel Klatt. For my money, the better team is made up of veteran Tim Brando and longtime partner Spencer Tillman, both of whom will have a busy fall for Fox. Other on-air game callers are:

Big Noon Kickoff  Interestingly, the title of the show is misleading. The show will generally begin at 11 AM ET, leading up to the noon kickoff. Got it? Produced in Los Angeles, it’s an early start for the Fox gang.

The host will be Rob Stone with analysts Brady Quinn, Reggie Bush, Matt Leinart and Urban Meyer. Lead game analyst Joel Klatt will chime in too. Klatt’s a rarity. How many analysts cross from one sport to the other? Klatt’s been praised for his work on golf. Howard Cosell did football and some baseball. But Howard was more personality than analyst.

The CBS’ franchise is its coverage of the SEC.  Brad Nessler and Gary Danielson will be behind the microphones again.

The CBS Sports Network, CBS Sports’ cable arm, will have a significant schedule of football too. Talent includes:

Jason Knapp and Jason Horowitz will both call games as play-by-play voices as well.

ESPN Radio will have an extensive schedule. Sean Kelley, former radio voice of the New Orleans Pelicans, is the new lead play-by-play voice.  Barrett Jones is the new analyst.  Bill Rosinski and David Norrie were not renewed. Rosinski, 66, will be missed. He’s a good football caller.

SiriusXM will have tens upon tens of games each weekend.