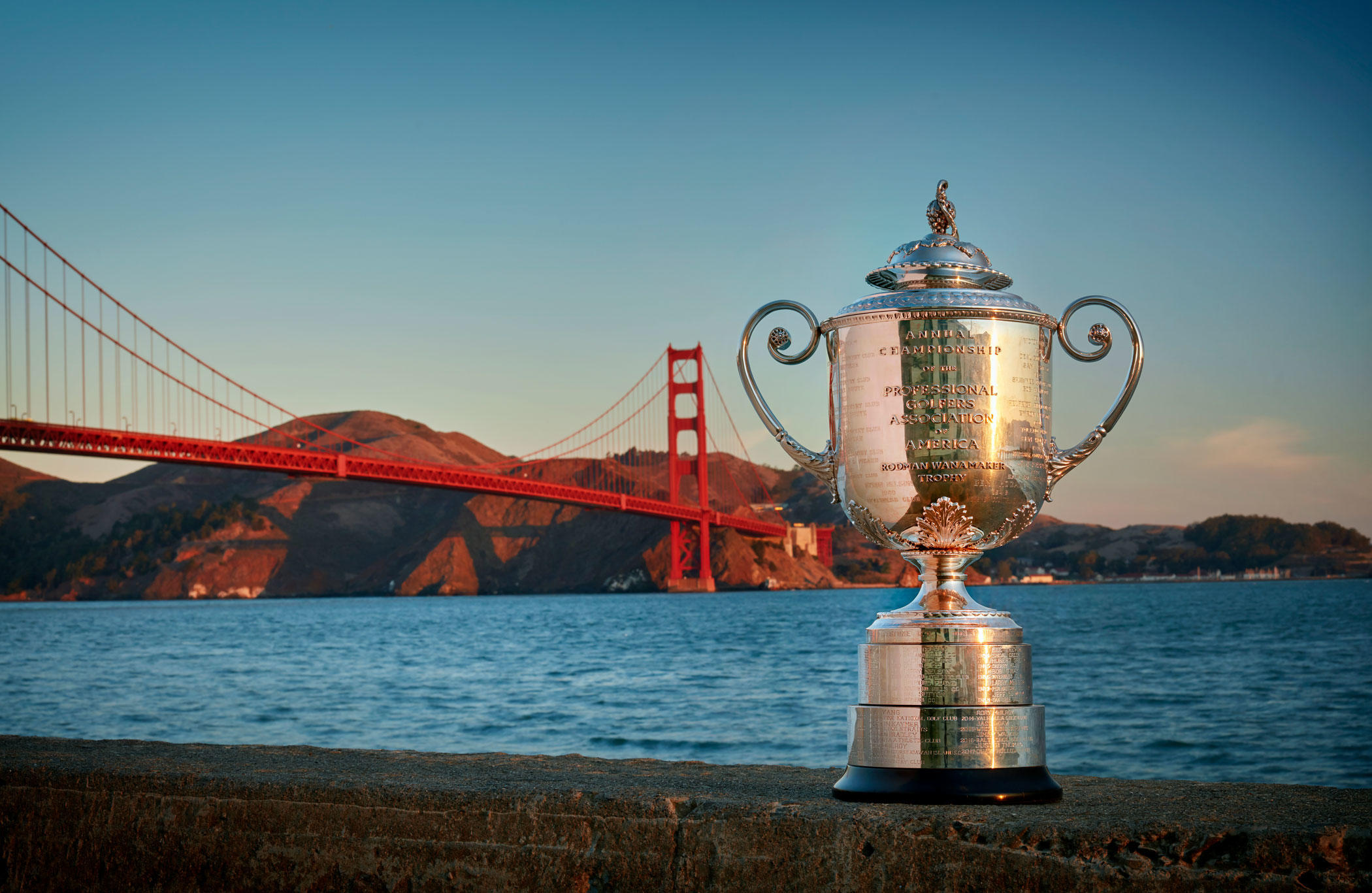 The PGA Championship next week will be played in San Francisco.

In this awkward year, some familiarity returns to the airwaves next week when golf gives sports fans its first true major championship of the year. Yes, the PGA Championship will be staged in San Francisco at TPC Harding Park. ESPN and CBS will present it nationally.

Initially, the PGA was scheduled to be the year’s second major last May just after The Masters in April. Of course everything turned upside down in the world of sports because of COVID-19. But the PGA was pushed back to August and it will now serve as the start of a flurry of huge events in the golf world. Next up are the the FedEx Cup Playoffs in August, The U.S. Open in September and The Masters in November.

When the tour resumed in June, it’s been The Golf Channel and CBS providing coverage and frankly they’ve been very good at it. Chairman of CBS Sports Sean McManus and veteran CBS producer Lance Barrow haven’t missed a beat. They’ve led a massive effort to provide a sports starved nation with outstanding events week after week.

Next week, ESPN, the worldwide leader in sports, gets knee deep in the conversation as it picks up early round coverage on Days #1 and #2 and early day coverage of the weekend festivities in California. Jim Nantz and CBS then pick up the late afternoon coverage which will extend into prime-time given the three hour time difference between the two coasts.

Anchoring coverage for ESPN will be veteran Scott Van Pelt who has covered major championship golf for the network for several years along with dual two-time U.S. Open major champions Andy North (’78. ’85) who will work as an on-course reporter and Curtis Strange (’88. ’89), who will actually provide commentary from his home in Morehead City, NC on the East Coast.

Scott Van Pelt on his return to live action sports

But I’m interested to feel or find out, I guess I should say, what it will feel like to be the one trying to document it because this is the biggest event that will have been played. I know this is an exciting weekend (July 31 to August 2) with sports coming back across the board (NBA, NHL) and the bubbles and all, but this is a major championship. So this will be the biggest event that has been staged since the middle of March. We’ll try to reflect that.

You know, when I watch golf now, if Tracer is not on, I miss it. And I’m saying on every long shot there is, honestly. I miss it. I love it. The more sound from the players, the more I like.

I’m a stickler, I’m a real stickler personally for, whatever my role is, if I hear a caddie-player discuss a shot, I just shut up, and I personally think that’s the way to do it. I know sometimes you have to finish a sentence, but it’s the greatest sound, the most important sound you can hear on the golf course is their decision on how to hit the next shot.

Between cameras and the mics, the coverage is so good now that I want to hear everything. I want to hear the ball. I want to hear them talking on the green, that type of stuff. That’s where the technology has come a long way, and maybe we’ve had it, we just haven’t used it, but we’re certainly using it more now. 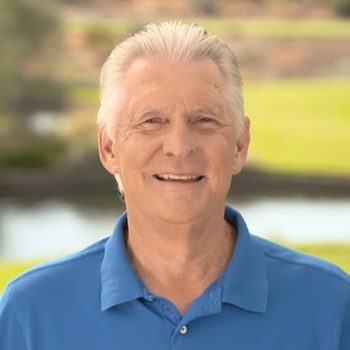 I hope that at the end of this season, whenever it does end, there will be some stories written on what a great job the TOUR did of figuring out how to handle this, how to deal with it and how to move on with their business. I’m usually very critical of the TOUR, have been for 30 – 40 years because that’s what we did as players. But I think they’ve handled this situation very, very well. I think the guys have shown that they’re mature and adults, and they’ve handled the bubble situation very well, and I think — I hope — that those are the kinds of things we’re going to be able to talk about at the end of the season, that we were able to have a season because they’ve handled it very, very well.

Strange on if Tiger Woods can contend

Hey, I’m a Tiger Woods fan, and I would love nothing for our telecast but to have him play well. Can he do it, certainly he could do it. He did it last year. But it’s another year. He hasn’t played much. His back is out — you know what I’m saying. There’s nothing showing me that he’s going to play well at all.

Each day you have to fight through those little battles, every day to shoot a good score, and over four days in a major championship. That’s why we say mentally tough is as important as physically tough and physically talented because you have to fight through those little battles over four days to come out on top, and I think he is hitting his stride. Again, it’s not like he’s never going to blow his stack again. Hell, I still blow my stack. But I’m just saying that’s the way he’s made up, and I don’t ever want him to change so much because a tiger doesn’t change his stripes, and that’s who he is. I think it makes him better versus hurts him.

You can’t tell I get fired up talking about this stuff, do you? You know, if I ever saw a guy I said, I’m going to beat him. I got him, that kind of a thing.

If I’m playing with Curtis, he has my card. It’s his responsibility to make sure I do things right before he signs my card. And if he’s watching me hit that shot, I don’t see the ball move, he doesn’t see the ball move, at the end of the day he signs my card because he thought I did everything correctly. Jack Nicklaus for his entire career never grounded his golf club. And he told me that is the reason. If it doesn’t get grounded, there’s nothing they can ever say to him about it. I think that’s pretty darn smart.

That’s definitely a different situation there because in the Reed thing it was more obvious, and he did it twice. In Rahm’s case, again, I think it was contradictory to the new rule, and if I’m wrong, somebody speak up, but if he didn’t see it and the high definition saw it — we all saw how little it actually did move, and in high grass, God knows how many times that’s happened over the years and you don’t see it.

That was supposed to be the end of the conversation, but they decided to put two on him, and I just — I didn’t agree.

You put a camera on Rahm with high definition and see it move ever so slightly — granted he had the big lead so it was a lot easier to slap that penalty on him. If he was up one, what do you do? I don’t know. So he’s the leader and you had however many high definition cameras trained on every move he makes. Well, Thursday or Friday you’ve got people going off two tees, so somebody is on the 3rd hole, nobody is paying any attention and the ball moves just as much or more but nobody saw it happen so nobody is there to police it. So you’re effectively ruling incorrectly.