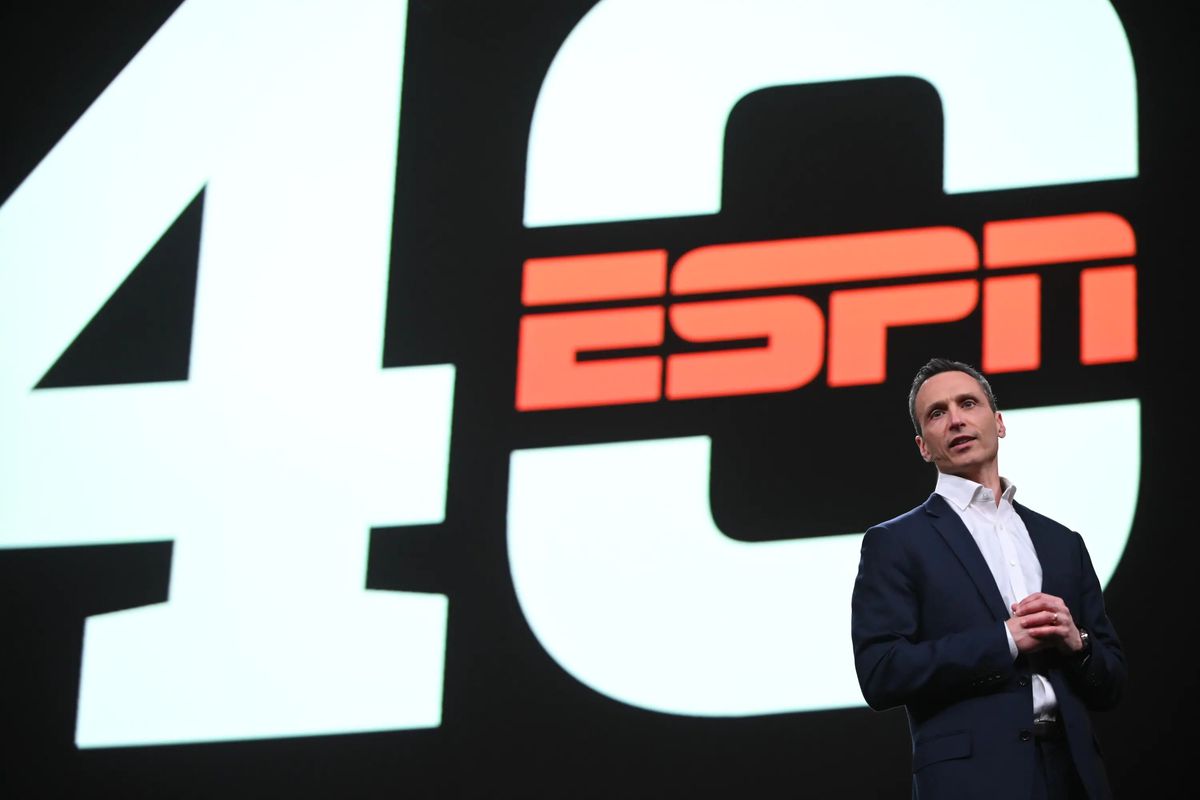 Management doesn’t want its on-air staffers to share their political views, whether stated clearly, implicitly, through facial expressions or vocal inflections. Not through nuances of remarks or dialogue. Nothing.

Go back to the days of the big-name, traditional network news anchors at CBS, NBC and ABC.

No matter how Walter Cronkite, Tom Brokaw, Dan Rather, David Brinkley, Peter Jennings or Howard K. Smith saw the world, their on-air politics, were for the most part unbiased. It’s how America and television grew up so gracefully.

Report the facts and add only needed depth. There were outliers but not many. On Mutual Radio, for instance, conservative Fulton Lewis, opened his newscast candidly, “I’ll have my news and views for you after this message.”

When it launched in 1979 as the first of the cable news bunch, CNN wasn’t staunchly liberal. It was straight down the middle, a fulltime alternative to the evening-only network news shows.

As cable exploded, MSNBC and Fox joined CNN to make up cable’s news mix. Over time the three news outlets had to define and distinguish themselves. As a result, there was a bifurcation of traditional practice.

News lost its purity. Opinion mongers sprouted and the cable networks formed platforms right and left. From a marketing perspective, television is fashioned in some ways like packaged goods. It’s about segmentation. Fox went right, MSNBC left and CNN eventually drifted far to the left too.

Is there a sports derivative?

Sports programming outside play-by-play was formatted to inform and entertain. One of the early debate shows on ESPN was the Sports Reporters, a Sunday morning fixture. Related programming followed briskly. They’re all driven to galvanize fans, break stories, provide insight and take inflammatory stands on anything sports related.

ESPN has been an escape since its launch in 1979. From the Iran hostage crisis, through terrorist attacks, atrocities and global upheaval, the sports network has been a needed sanctuary. It’s afforded fans an opportunity to take our collective minds off the world’s wretchedness.

When baseball commissioner Kenesaw Mountain Landis asked FDR whether the sport should continue during World War II, the president responded, “They ought to have a chance for recreation … Baseball …  in my judgment is thoroughly worthwhile.”

Politically, Hawk Harrelson, a longtime baseball play-by-player admitted off-air that he’s a staunch conservative. Publicly, but off camera, he voiced his concern over the kneeling by Colin Kaepernick during the national anthem. On the air, his lips were sealed. His subject of attention was invariably baseball.

When Vin Scully found little or nothing in the newspapers about the anniversary of D-Day on a June 6th, he complained about it on-air. He talked viscerally about the importance of the Allied assault on the European mainland and how it rescued the continent from tyranny. But thank goodness, no one criticized Scully for supporting World War II.

I grew up with gifted columnists. We all did. There was George Vecsey in the Times, brother Peter Vecsey and Larry Merchant in the Post and of course Dick Young in the Daily News. In Miami, it was Ed Pope and Dan Le Batard.

Some took sides more than others. Dick Young was hardly shy. In the 70s, he ripped Tom Seaver to the point where the pitching star bolted for Cincinnati. But I don’t remember Dick taking shots against politicians, unless it had something to do with sports, (e.g. Brooklyn’s loss of the Dodgers.)

Dan was a columnist by his twenties, the equivalent of Scully, Buck and Michaels doing World Series on network TV in their twenties. When he started doing radio in Miami, Le Batard put his creative juices to work. Like his writing career, he turned into a broadcast prodigy. Before you knew it, he was visible nationally on ESPN. He knew he had to migrate to the electronic medium. “The columnist as a power and activist is largely endangered if not extinct,” he told us last year.

Reading Le Batard’s Herald columns was always a slice of heaven. Dan turned words into graphic pictures and saw the world from a broad lens. He took readers through heartfelt tours of subjects’ emotions and challenged readers to think outside the box, whether or not they agreed with him. Isn’t that what a columnist should do?

Le Batard’s former Herald editor, Jorge Rojas said, “Dan was the golden boy. He was the Dan Marino of the Herald’s sports department. He has the mark of a talented writer, able to go against the grain and present a minority view.”

Most lead columnists for dailies in major markets have a degree of liberty to cover the subject matter they choose. They enjoy their freedom of thought.

Broadcasting is more complicated. Lots of tentacles to consider, lots of bosses to please, advertisers to satisfy and critics to temper. Hosts don’t own the microphones into which they pontificate nor the chair on which they sit. They also don’t have their complete freedom of expression.

There are more checks and balances at the networks than at newspapers where columnists’ fingers pound away more liberally.

After Dan emoted about Trump’s ‘Go back’ suggestion, he promised ESPN boss Jimmy Pitaro that he’ll abide by the network’s no-politics rules.

Sports are a diversion. As such, ESPN should remain a strong and unshakable pillar of political neutrality. Viewers tune in to get away from all the unavoidable political cacophony that fills the airwaves and digital media.

When an opinion is expressed politically, there’s a tendency to rush to judgment, one that often results in nasty, smearing and besmirching attacks. Sports loyalties can be challenged without getting personal, political arguments can’t. It’s always been that way.

The network doesn’t want to deter viewers and listeners, nor does it want to upset advertisers and affiliates.

Advertisers and the imperative of financial reality

The one who pays the fiddler calls the tune.

Blighting sports programming by infusing political comments risks polarizing a piece of the audience. Sponsors don’t want any part of it.

What does a political rant accomplish?

For those on camera or behind a microphone, little good comes of venting, other than getting anger off their chests. Even when hosts correctly perceive that what they say will be embraced, there are those in the audience who might not agree and will find such comments unnecessary at best and repulsive at worst. There’s little to gain. ESPN is available in the bastions of liberal thinking and in conservative strongholds too. Everyone is entitled to their own political views. It’s a constitutional right.

In politics, like other subjects, one man’s trash is another man’s treasure. Don’t blur the line.

I feel strongly about politics, and I feel strongly about this. I don’t watch or listen to sports, or sports talk, to hear about politics–except and unless it has something to do with the game (Is a prominent politician there? Did an issue come up affecting the sport?). But I certainly have no desire to hear any sports announcer discourse during the game or a show on politics. Now, it so happens that two of my all-time broadcasting idols had or have politics totally different from mine. You also would never know it from their broadcasts. Just as the article… Read more »

I haven’t watched PTI in 5 years because the 2 leftists/racialists continually injected political venom into the shows at every opportunity. I am surprised that Michael Wilbon’s name rarely gets mentioned as a purveyor of race hating politics at ESPN. He seethes on the air. Then again, that is why I quit watching, because nothing was ever done. Same with the other afternoon show that precedes it. Pure left politics. Don’t need it and haven’t missed either show. Thanks for the observant column.