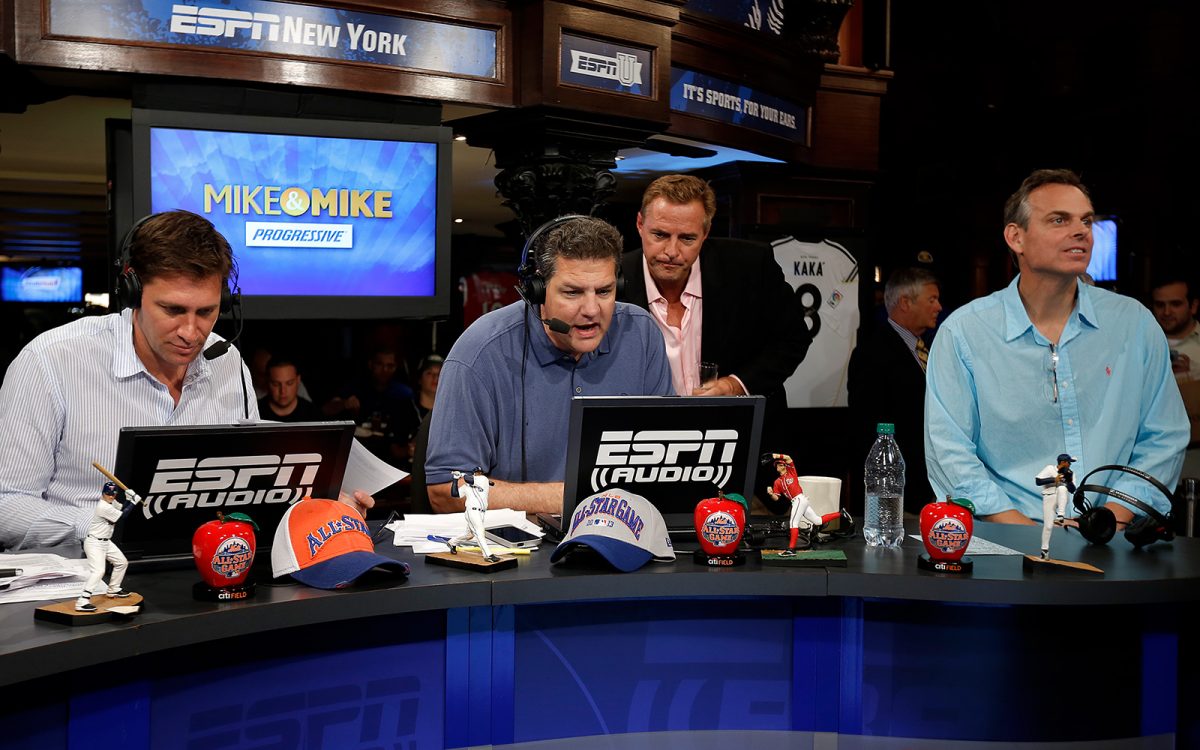 Where do we begin? ESPN2, ESPN Classic, ESPN U or ESPN News?

Yes, they were promising launches a generation ago. Today, though these platforms are essentially used for little more than to run overflow programming. Labels and themes don’t often matter. The demises have to rip through the hearts of the men and women who meticulously developed the conceptual framework for each of these themed channels.

Do we go on? How about ESPN Zone, the restaurant chain that was born in 1992 with blinding neon signs and tons of enthusiasm. By 2010, the Zone tip-toed out of the kitchen with financial indigestion. ESPN The Magazine was born in 1998, with lots of fanfare. But like other publishers in the digital age, the Magazine started cutting back gradually on the number of issues it printed. By 2019, ESPN shut down the printing press, leaving many unemployed.

Now it appears that ESPN Radio is either on life support, in some form of confusion or in a quagmire. In 1992, ESPN Radio was launched quietly with an interesting pair, Chuck Wilson and Tony Bruno (left). The two were on-air weekends only, almost as though ESPN was testing the waters. Wilson was the straight man and Bruno the entertaining and quick-witted curmudgeon. ESPN eventually programmed the radio network 24/7 and the good times rolled on for a while. Radio stations across our great country signed up in droves, from 101Sports in St. Louis, to ESPN850 in Cleveland, to ESPN620AM in Phoenix to hundreds more. The local branding was overpowering.

The Disneys once had big hopes for radio and even relabeled it ESPN Audio, to give it a hipper and more youngish persona. It hired the Sports Babe, Nancy Donnellon, who enjoyed a few Andy Warhol years of fame as a female host. Before long, ESPN Radio locked up the rights to play-by-play of the NBA and MLB.

You might say that ESPN’s first costly mistake was purchasing a New York stick that today is almost worthless, 1050 on the AM dial, the old WHN. In other words, ESPN threw itself into the radio ownership business just as values began to plummet. Stick is an inside term for a radio station transmitter. For ESPN, it meant ownership.

When ESPN bought the 1050 signal in 2001, the New York Times reported that it was worth $80 to $90 million. Once it was acquired, ESPN filled the schedule with national programming, which at any point is a myopic decision. Soon, ESPN recognized that radio stations have to be programmed locally. National programming won’t cut it. And the fact that the 1050 signal was weak didn’t help either. It can’t be heard very well in central New Jersey.

So ESPN made a deal with Emmis Broadcasting an owner of a New York FM station at 98.7. The idea was to migrate its sports programming to the dial that had less static and interference. Today, some 90% of radio listening is on FM.

The structure of ESPN’s deal with Emmis is known in the business as an LMA, or Local Management Agreement. It is like renting an apartment, not buying it. ESPN doesn’t own the 98.7 FM signal. Instead, it pays the owner, Emmis, a steep monthly fee and also pays the expense of running the station, talent, production and the like. But if ad revenue doesn’t exceed the rent and expenses, the owner of the LMA, ESPN in this case, is in the hole.

Radio overall has been mired in revenue challenges for years. The recent Covid headwinds dimmed the future further.

In time, ESPN was losing dough on its owned and operated radio stations and wanted out. One deal that will likely be completed soon will enable ESPN to wash its hands completely of managing its five radio stations, two in New York and one each in Los Angeles, Chicago and Dallas. Tim McCarthy, a radio man who poured his heart into ESPN Radio for decades is leaving at the end of the month. By itself, his decision tells it all. The company has lost its interest in radio ownership. McCarthy was the medium’s protagonist in Bristol and the last vestige of hope and passion for radio’s survival under the ESPN umbrella.

Introducing Good Karma. Its CEO is Craig Karmazin. He’s the son of Mel Karmazin, an iconic executive of the past in both the radio and television space. The company owns stations in Florida, Wisconsin and Ohio. Good Karma already LMA’s ESPN’s Chicago station, WMVP, meaning that Good Karma programs the Chicago station, pays ESPN a yearly fee and retains the revenue. Now, Good Karma is about to make a deal to LMA ESPN’s New York, Los Angeles and perhaps its Dallas station. And that should just about end ESPN’s management of its O&O radio stations.

ESPN’s radio assets, the stations the company owns, are worth a fraction of what it paid for them through the years. If they’re to be sold, ESPN bean-counters would be facing big write-offs.

In its early years, ESPN Audio owned no stations. It syndicated its programming locally, cobbled them to form a national network and sold advertising. Now ESPN Audio is being downsized and is recasting itself into a heap of podcasts.

You’d hope that there’s a solid plan somewhere. But when you don’t hear much about future plans, it makes you wonder silently. Will ESPN follow Fox Sports and license out its valuable brand to an iHeart, the largest radio group in America? It’s what Fox Sports Radio does with iHeart. There’s little risk.

Meanwhile, ESPN Radio’s circuitous, three-decade, muddled journey is floundering and it appears that the Disneys will focus on podcasts and what it can do with its national network, made up of affiliates all across the country. I guess the fact that every Tom, Dick and Harry have podcasts doesn’t matter. Sadly, gone are good people like McCarthy.

Michael Kay, ESPN New York’s best known personality, called out ESPN for not retaining McCarthy. Mike could end up working for Good Karma when it takes the reins.

Anyone keeping his or her pulse on the recent rights’ negotiations for the Final Four saw this coming. The NCAA ended up having to partner with an old enemy, Westwood One, which it sued for unpaid bills last year. But there weren’t any other serious bidders for the rights.

It’s too bad. ESPN sat on dynamite. McCarthy wanted to bid seriously for the rights and could have acquired  them efficiently. But his bosses apparently never allowed him to ante up the money. It likely frustrated McCarthy. Right then and there, he clearly read the writing on the wall.

The media world has changed. From 1921 through late in the last millennium, media grew in an orderly fashion. Radio came first in the 1920s, the brainchild of David Sarnoff who helped found NBC. It was all AM radio, locally and nationally. Television’s incipience was spawned through early experiments in the late 1930s. After the interruption during the war, the video medium blossomed. By the 50s and 60s ,TV was an American staple.

Yet radio survived for among other reasons the advent of FM which perfected the sound of music in cars beginning in the late 1960s. Television then erupted in the 70s through cable which enabled viewers deep in the suburbs to get clear pictures. New national networks, courtesy of price efficient satellite dishes, enabled news, entertainment and sports programs to balloon. Viewers were living in a dream world and ESPN was sitting on the top of the globe. But noting lasts forever, not today.

Smartphones and streaming devices surfaced. Subscribers cut cable cords like perforated toilet paper. We’re living in a new world of constant change. Here today, gone tomorrow. Orderly growth of media is slipping out of all our hands like soap in a shower. Tentacles, the wares of technological growth, are turning into stubborn obstacles and unpredictable banes to success.

If you asked ESPN’s CEO Jimmy Pitaro about radio, he’d probably tell you it’s for police squad-cars and ambulances.

And now ESPN Radio is dealing with Seward’s Folly.

It’s a shame. But we also see it, it appears, with the radio networks of teams.