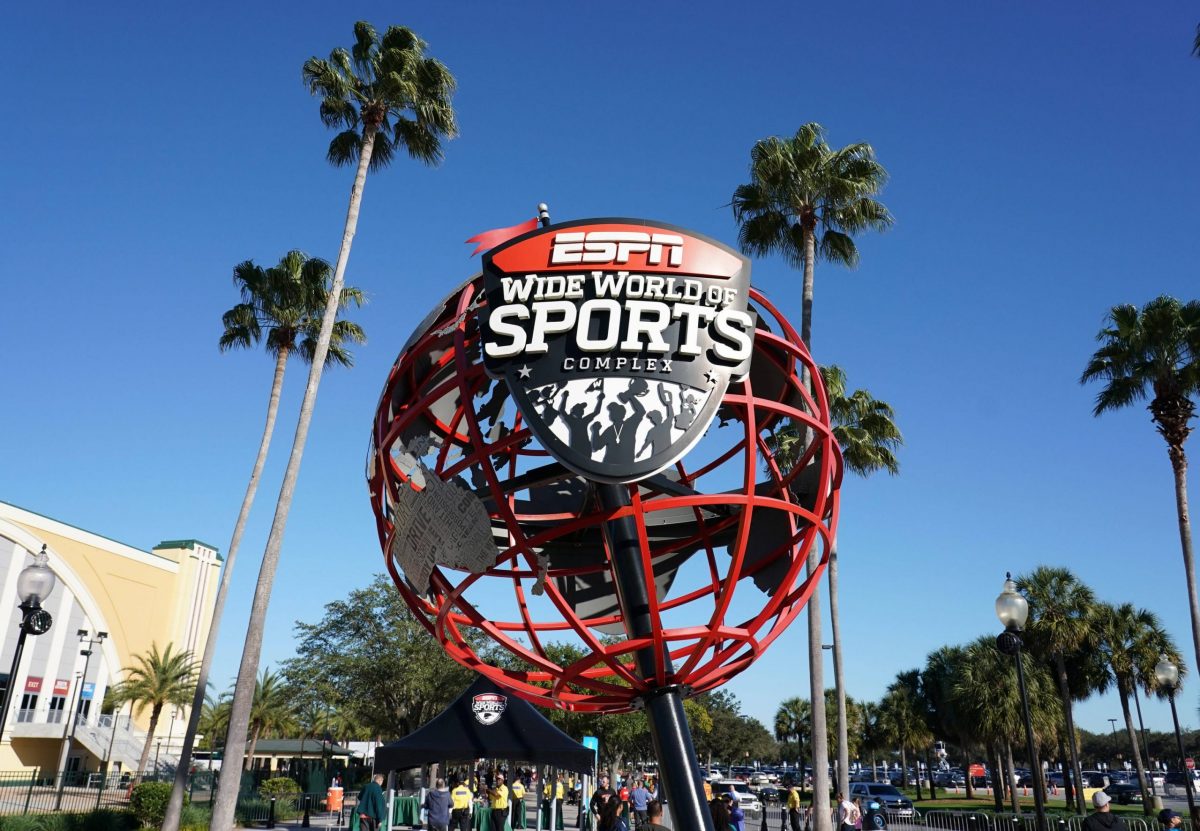 Michael Shiffman is at Ground Zero in Orlando, in what’s now become known as the ‘Bubble.’ The ESPN Vice President, Production, is shouldering the burden of pulling off somewhat of a miracle in an economy of time. ESPN is committed to producing up to 64 NBA telecasts between now and when the league crowns its champion. The Herculean effort can best be described as makeshift, innovative and resourceful. Not long ago it might have been thought of as impossible. 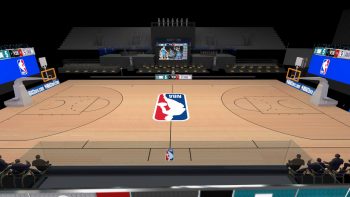 While the league is hoping to keep all the players healthy, Shiffman is trying to keep things interesting and intriguing in a contained and confined setting. When LeBron plays, not only won’t there be the Hollywood types watching him live, there won’t be anybody cheering or jeering. Yes, they’ll be ambient noise produced by the “host” team but nothing thunderous that fuels the announcers or even the viewers at home. So technology, AI and ingenious work will come into play. Microsoft will be actively engaged as noted below.

ESPN will have no time to dip its toe or experiment with this and that. Between this Friday and Monday, the Disney owned telecasting network launches the league’s Restart with a total of ten games on either ABC or its ESPN platforms. (Schedule below)

Yet, there will be some thing things you’ve never seen before. No howling fans, yet here’s what you can expect:

The league and both ESPN and Turner will honor social distancing. Meetings between coaches, production and talent are being done by Zoom, that’s been a ubiquitous and handy resource since the scourge took hold in late winter.

When reporters communicate live on the floor, the parties will remain apart and the interviews will be conducted with the use of a boom mic.

The fabricated crowd noise as I understand it will have a team signature to it. They’re calling it “Home team audio branding.” If the Raptors for instance are the designated home team and use some distinctive soundtrack in their arena, the audio in Florida will mirror it in the Bubble.

While things are understandably still fluid, local fans will be able to video conference into games too so that the audio might not be completely manufactured. We’ll wait to see how that works out.

To keep the number of personnel in Orlando to an absolute minimum, ESPN and Turner will produce all games played in the Bubble, including those carried regionally by each team.

They won’t be courtside. They’ll be situated above the floor and behind Plexiglas.

ESPN and Turner are being particularly respectful of the players’ privacy, given the fact that everyone, media, administration and players, are all in the same one compound. Shiffman pointed out that the credentials and passes in the complex are as such color coded.

They’ll be used to enhance the viewer experience, providing a more holistic feel for those watching at home. The rail-cam is most likely to be used when the ball is on the near side.

Like MLB games where players, managers and coaches are snapping comments that could include profanity ESPN’s NBA telecasts will have a slight delay. For that reason, if you’re listening to the team’s local radio broadcast, it might be ahead of the telecast.

Voices will have to be careful. You won’t hear, “This was worth the price of admission.”

The ex Knicks and Rockets coach now ESPN commentator told the media this week that having no crowd noise challenges the players to be mentally engaged. There won’t be a home court advantage at any point.

For a progressive league, the NBA is behind the other three by not having the referees address the television audience directly after challenged calls or replays. Jeff Van Gundy would like to see it:

“I had never thought about it but it would be great to announce it to the television audience and to the fans in attendance when we get the fans back.”

Well, as it was explained by Shiffman, the officials will now elaborate on these rulings by talking to the announcers through a telephone setup and camera after replays. Remember, the announcers will be above the floor and behind Plexiglas. If I understood it correctly, the audience will hear the ref’s explanation as uttered live to the game voices.

Turner will do the same. Its Vice President Nate Smeltz explained how it will work, “The official will explain the call while looking into a camera and our announcers will then react to the decision.” 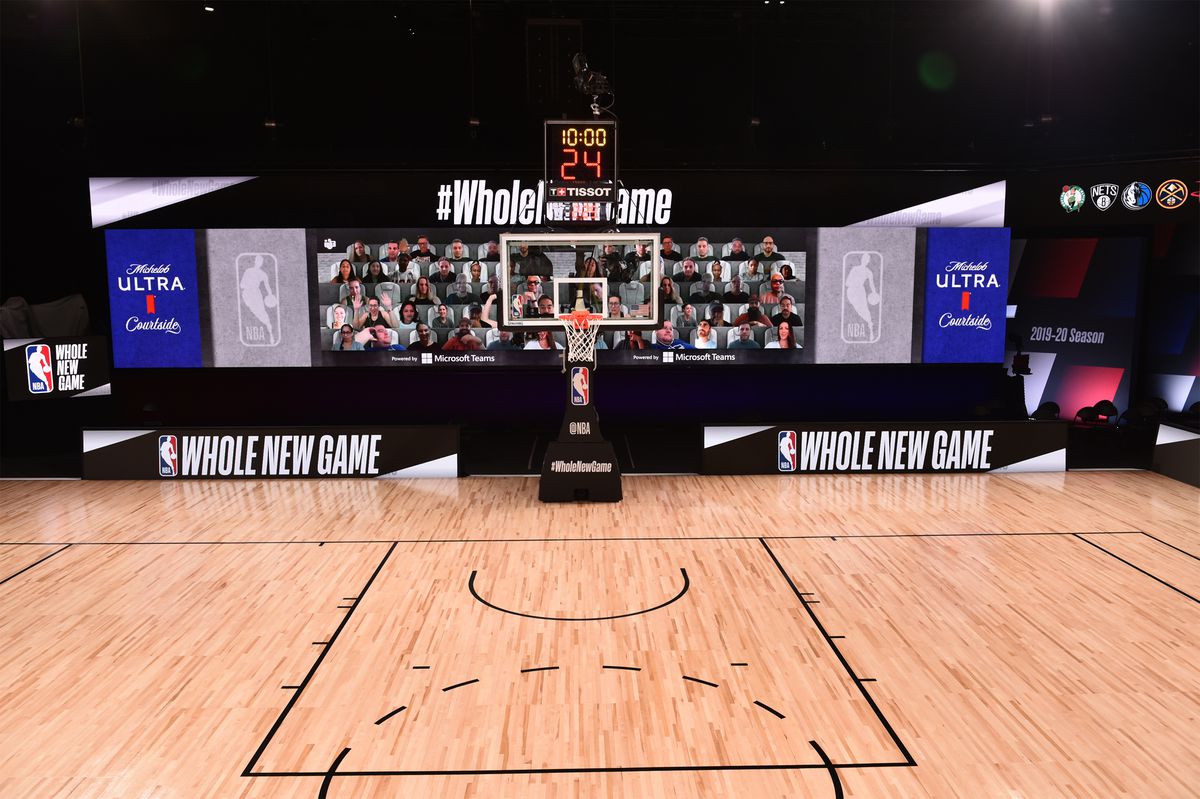 Microsoft signed a multiyear deal with the NBA to become its official AI, cloud, and laptop provider. The plan is to have 17-foot tall LED screens that will put fans back next to players. Fans can react in real time, and players will be able to see and hear those reactions. These virtual stands will include more than 300 fans using ‘Together Mode’ to sit side-by-side with each other virtually in Microsoft Teams.

“This new experience—the first to go live as a result of the NBA / Microsoft partnership — gives participating fans the feeling of sitting next to one another at a live game without leaving the comfort and safety of their homes,” Jared Spataro said. Jared is head of Microsoft 365. He added, “Players, meanwhile, will experience their energy and support as they dribble down the court and see fans’ real-time reaction. And viewers tuning into the game from home will feel the crowd’s energy as well as they see the virtual stands filled with fans.”

There’s been healthy interest among advertisers ever since the announcement of the resumption of the season. Word is that pricing is healthy.

ESPN tells us that “Disney Advertising Sales is experiencing great demand from advertisers for the NBA, with over 100 total advertisers to date.” Moreover, the network says, “Advertisers that previously bought the NBA are quickly returning, and we are also seeing new advertisers come into the NBA, including 25 new advertisers in the post-season to date. From the diverse array of advertisers, top categories in the NBA include automotive, QSR (quick serve restaurants), alcoholic beverages, entertainment and insurance.”

We hear that travel related, hotels and airlines, are understandably down.

ESPN and ABC will produce 20 NBA Seeding Games and up to 44 NBA Playoffs games at the ESPN Wide World of Sports Complex.

ESPN will have several top game commentators on site at the NBA Florida Campus, including play-by-play voices Mike Breen, Mark Jones and Dave Pasch, analysts Jeff Van Gundy, Mark Jackson and Doris Burke and reporters Lisa Salters and Cassidy Hubbarth. Hubie Brown, 86, a mainstay all these years will not be at Florida facility. Is it possible that he might chime in from his home? ESPN said it has the capability to bring on other experts outside the complex.

All NBA games on ESPN and ABC are also available to stream via the ESPN App.

Lots going on. Innovations and experiments galore. Shiffman was asked what might be keepers of all these resourceful practices. He said it’s too early to tell.

One thing for sure. Once the pandemic is behind us and fans comfortably attend games, the television experience will look and feel quite different from what we were accustomed to seeing before the halt to sports in March.