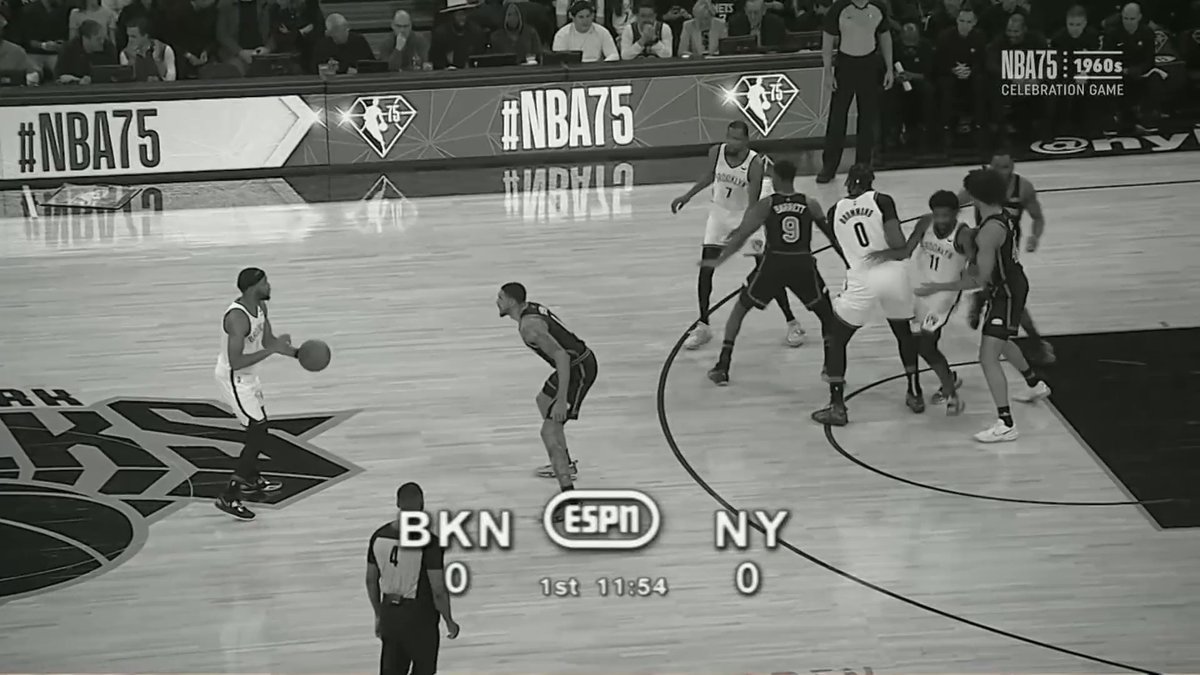 Mike Breen, 60, is a good man with a penchant for basketball. He’s well liked and living his dream, calling NBA games on ESPN. Mike has street smarts, is sufficiently disarming and can be charming when need be.

He enhanced his visibility as an up and comer on radio, a sports sidekick to the devilish WFAN morning man, Don Imus. The I-Man, as he was popularly known, could be acerbic and demeaning. Unless you were quick on your feet serving as Imus’ co-conspirator, you weren’t likely to survive. Breen made the grade through Imus’ crucible, learning to exact retribution, tit for tat, instantly and with no fear. Imus was the puncher and Breen the counter-puncher. After a while of being belittled, bullied and berated by Imus, Mike built his  strength, character and personality, not to mention his visibility.

He would do pre and post game shows at MSG and later onto the play-by-play mic at ESPN. Decades later, he is a Hall of Famer, winning the coveted Curt Gowdy Award in Springfield. He’s done 15 NBA finals, a record, six more than Marv Albert and Dick Stockton.

Like too many Americans who have no idea who Winston Churchill was, too many younger broadcasters have no clue who Ted Husing or Red Barber were and what the two men meant to football and baseball broadcasting respectively. Breen respects the history of broadcast sports, especially basketball. Last week, the Brooklyn-Knicks’ rivalry game at Madison Square Garden was carried by ESPN and it celebrated 75 years of the league’s play-by-players. The usual trio, Breen, Mark Jackson and Jeff Van Gundy put on gaudy gold-colored ABC sports jackets of yesteryear and did a Manning-like megacast. It was enjoyable but overdone. 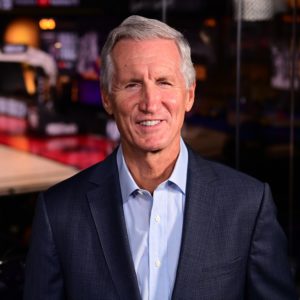 The announcers through the last three-quarters of a century deserved exclusive attention. Instead the ambient crowd noise at MSG of what was really a meaningless game was disruptive. Moreover, Oscar Robertson, Kareem Abdul Jabbar and Bill Walton consumed way too much time.

Instead of announcers who meant so much to the league got only abbreviated references, men like  Chick Hearn and Marty Glickman, two men who Al McCoy, says were the most effective broadcasters on the west and east coast respectively. McCoy himself is celebrating his 50th year in Phoenix.

Names like Joe Tait, Bill King, Eddie Doucette, Ralph Lawler, Johnny Most and others were referenced almost dismissively. I don’t blame Mike an iota but frankly it was shameful. (Breen, left)

The audio on the interviews with Marv Albert, Dick Stockton, Bob Costas and others was intermittent. The game itself was for the most part ignored and the picture evolved from the early days, somewhat grainy, representing Lindsey Nelson on NBC in the 1950s through today’s high resolution sparkling resolution today.

Breen did his best, assimilating decades of hoops on TV and radio into an economy of time. The game turned into a distraction as the crowd emptied its lungs when the Knicks pared the Nets lead. Breen had no choice but to apologetically suggest that the ESPN2 audience turn to mainstream ESPN if it wants to watch the game seriously.

I applaud the effort and hard work that went into the prep. Breen and Lisa Salter were excellent. It’s the one who pays the fiddler who calls the tune. ESPN deserves credit for undertaking the mission but there were too many omissions. The biggest booboo was stuffing in the superfluous. As the 4th quarter clock was winding down, Breen had to race to squeeze in as many names as he could. At that point, Breen sounded like he double parked on a Manhattan street

Here are notes of what they said: 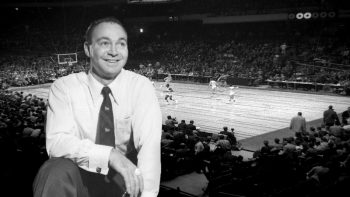 In alphabetical order by team

In alphabetical order by network

It never fails, it seems to me, that when there is an attempt on a network to pay tribute to the past in sports broadcasting, something goes monumentally wrong. They knew very well what would happen if they put Bill Walton on the air. And he’s actually far more important to NCAA coverage, isn’t he?