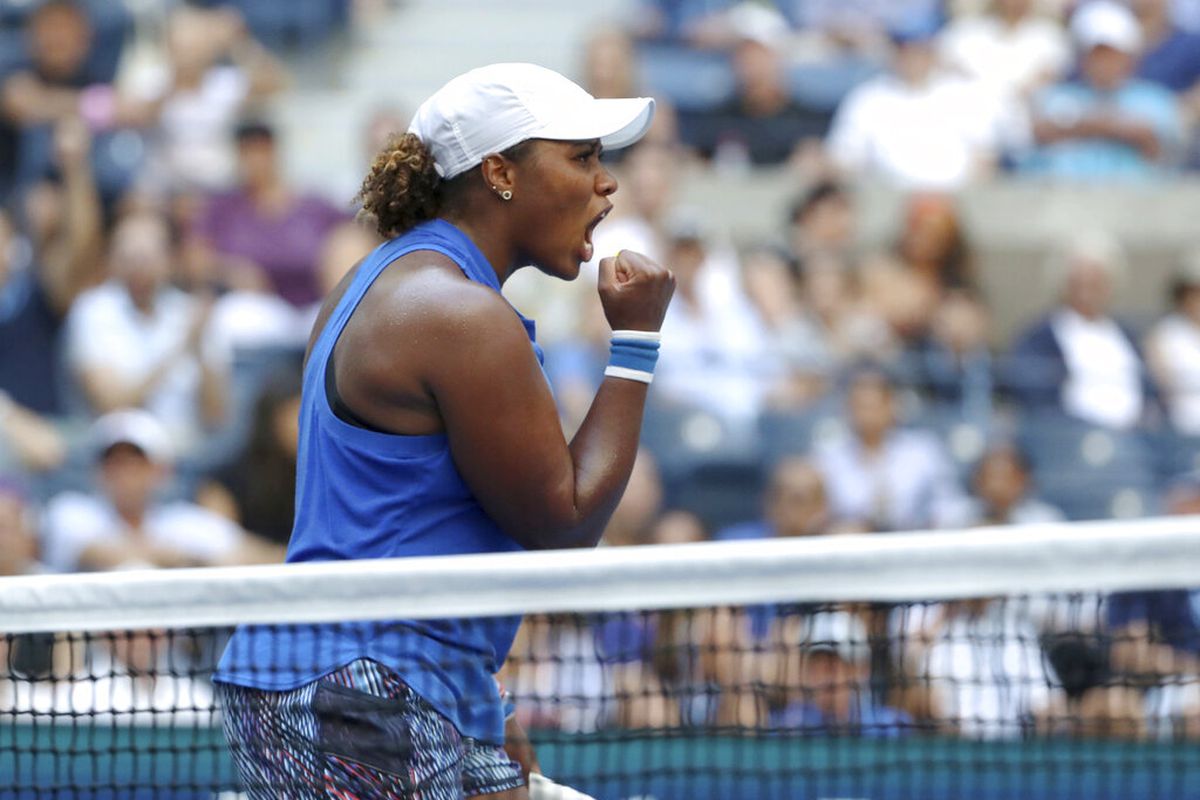 “It’s been a long journey,” Townsend told her. But she wasn’t just referring to getting through three qualifying matches just to get into the main draw. There was an elephant in the room—or the TV booth—and no one at ESPN wanted to address it for fear of displeasing the USTA.

Taylor Townsend is a big girl. She’s 5-7 and one could describe her as “husky.” Back in 2012, when she was 15 she was rated the No. 1 Junior in the world after winning both the Australian Open junior singles and doubles titles. Later that year she asked the USTA for a wild card entry into the main draw of the U.S. Open  or at least its qualifying tournament (similar to the one given to junior Coco Gauff this year). The USTA said “No.”

At the time she was part of the USTA’s development program, and Patrick McEnroe, speaking for the USTA said she was denied because of “fitness concerns.” They wouldn’t even pay her expenses to come play in the junior tournament, so Taylor’s mother raised the money and sent her anyway. At the time Sports Illustrated wrote: “Instead of helping a promising young talent gain that confidence and experience gleaned from competing, the USTA has taken a paternalistic tack, deeming itself the arbiter and architect behind Townsend’s past, present and future success. It’s the arrogance of institution built on the belief that there is a tried-and-true formula to build a champion.”

Now fast-forward to 2019. Townsend has had her ups and downs with her tennis and her weight, but Thursday she was incredible defeating Halep. Only no one at ESPN would address the prior controversy for fear of pissing off the the USTA.

Not Pam Shriver, not Chris Evert, not Patrick McEnroe and not Renee Stubbs, although Stubbs made an attempt to get Taylor to discuss her journey without actually mentioning past events. This was ESPN tiptoeing around a sensitive issue at its best. But really, what were they afraid of? Were they afraid the USTA wouldn’t renew their broadcast rights? That seems illogical. In the end the public had a right to know the whole story, and ESPN kept them in the dark.

Irony not lost on many of us, while watching Taylor Townsend play her heart out at US Open, that we also get to hear Patrick McEnroe, (the then USTA mouthpiece that withdrew funding AND body shamed her), calling her matches. Shame on him, and anyone responsible for their terrible actions against a then, 16 year old girl.