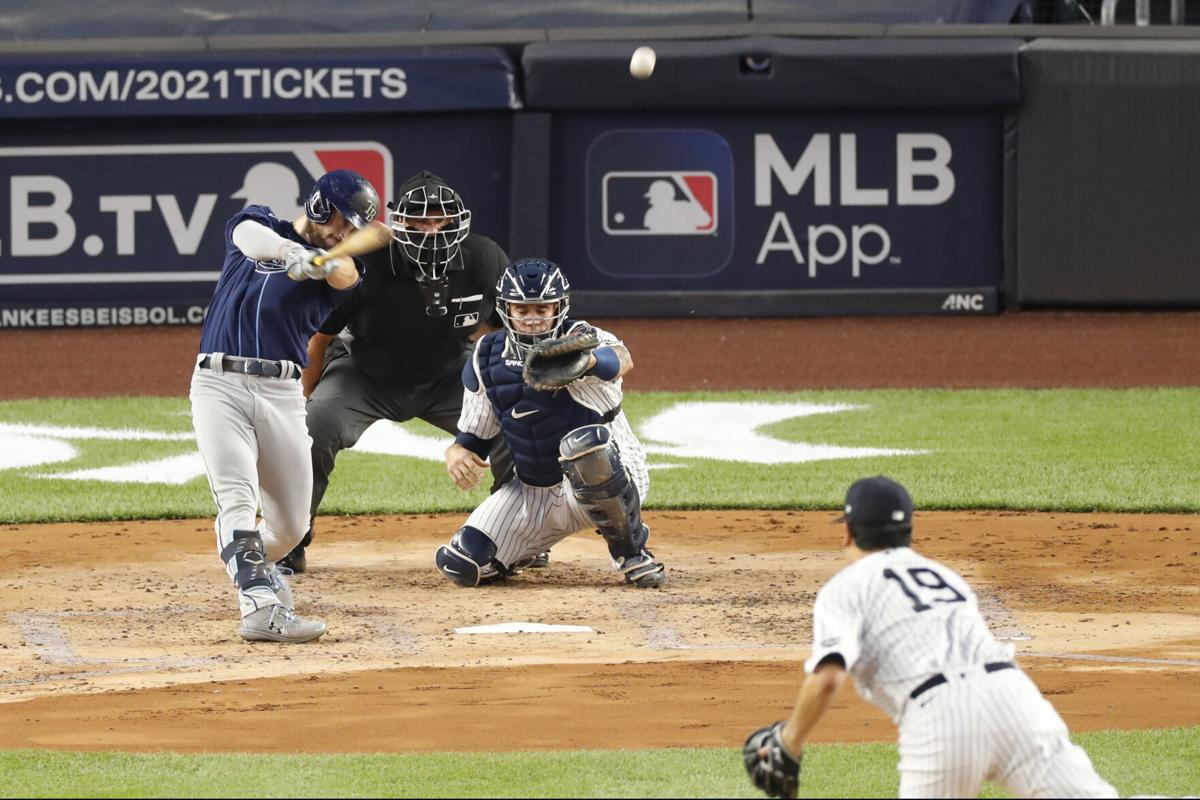 In the top of the second for instance, it disrupted Karl’s rhythm on a fly out, throw him out double-play. The Rays’ Joey Wendle was on second base and Willy Adames hit a ball to center field that was caught by Aaron Hicks. Wendle, thinking perhaps that the ball wouldn’t be caught, took off for third base. Bu, ESPN mistakenly put a graphic on the screen as the ball was thrown by Hicks to second base. Ravech, flying blindly, did the best he could. He said that he thinks it was a double-play. We then see the replay of the review and Wendle was indeed doubled up at second. Don’t tag the abandoned Ravech with an error. It certainly wasn’t his fault. It was a production blunder that happens. Unfortunately, not being at the ballpark left Ravech in a lurch.

Interesting note about the comment about bad baserunning: Tony Gwynn said about 20 years ago that baseball fundamentals were terrible, and he blamed … ESPN. Sort of. He said the problem was that players wanted to make the highlight segments, so they tried to make big plays and didn’t worry about the little things.

I’m reminded of when George III, as Red Smith called the Yankees owner, was fed up with their bunting and asked Phil Rizzuto to give lessons in spring training. Rizzuto was hit by a pitch and broke his wrist. Thus endeth that experiment, sad to say.