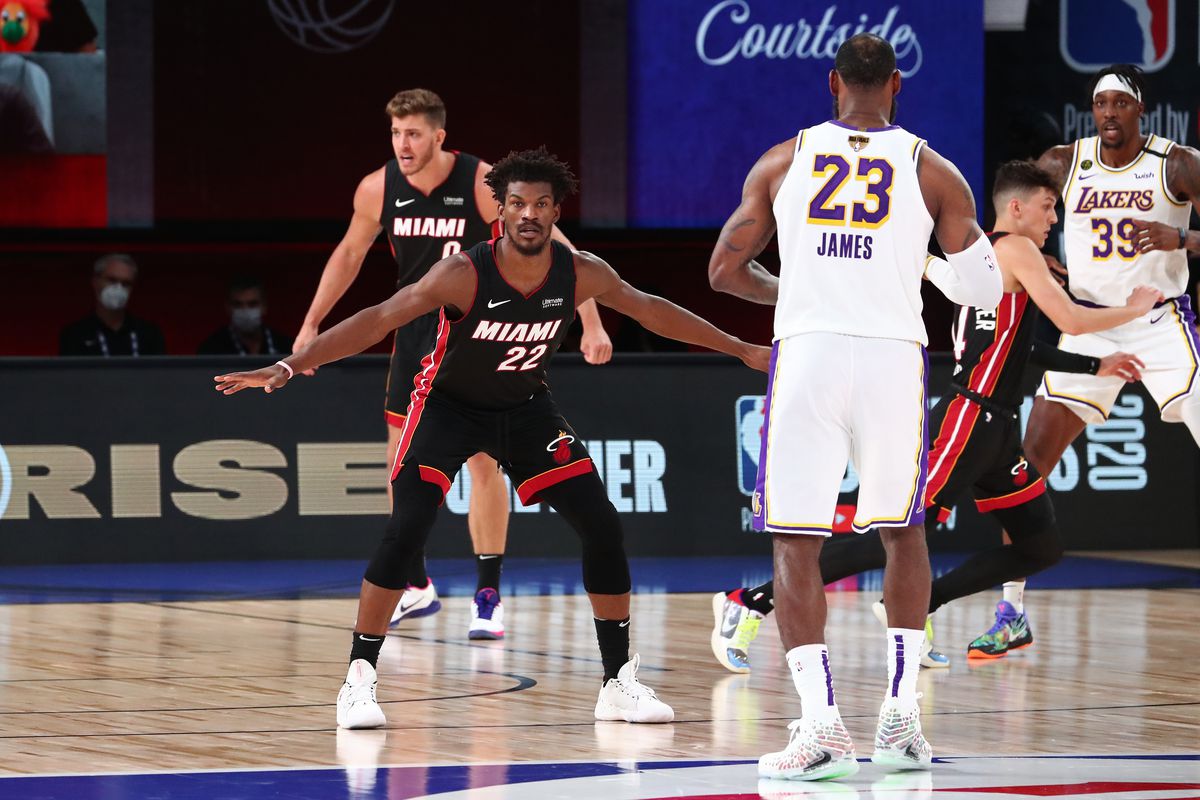 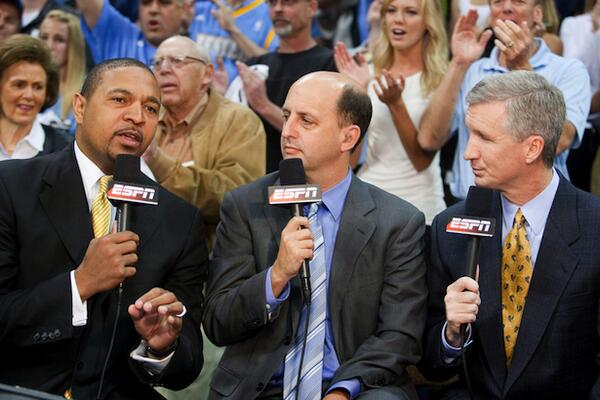 Mike Breen, Jeff Van Gundy and Mark Jackson (r-l) are calling the NBA finals for ESPN. This is Mike’s 15th straight title series behind the microphone. No one has done more championship rounds on network television than the Long Island raised Breen. He is also the television voice of the Knicks.

There’s less of an explicit division of roles between the play-by-play announcer and analyst. Yes, Mike handles the basics but the analysts engage freely. They rarely need to be set up by Breen.

It’s one long informal and entertaining broadcast. They jab and kid one another but most importantly get into the depth of the game, strategy, philosophy, coaching, players’ strengths and weaknesses. What Breen might lack in the pizzazz of an Albert, he makes up in raw knowledge. For a play-by-player, it’s obvious that he knows more than just the listing of the rosters and what each guy averages. He knows a pick ‘n roll from slipping the screen. This pays off for him and viewers because he can engage comfortably with Jackson and Van Gundy. He’s also very well versed on the rules.

Jackson and Van Gundy are like an old couple so the trio as a whole are a fun listen. If you like a give and take broadcast, these three are for you. They’re folksy, breezy and spontaneous. They’re different from what you’ll hear elsewhere.

Good early game observations to set up the viewers

Comments for the avid fan

Strategy Explained for the average viewer