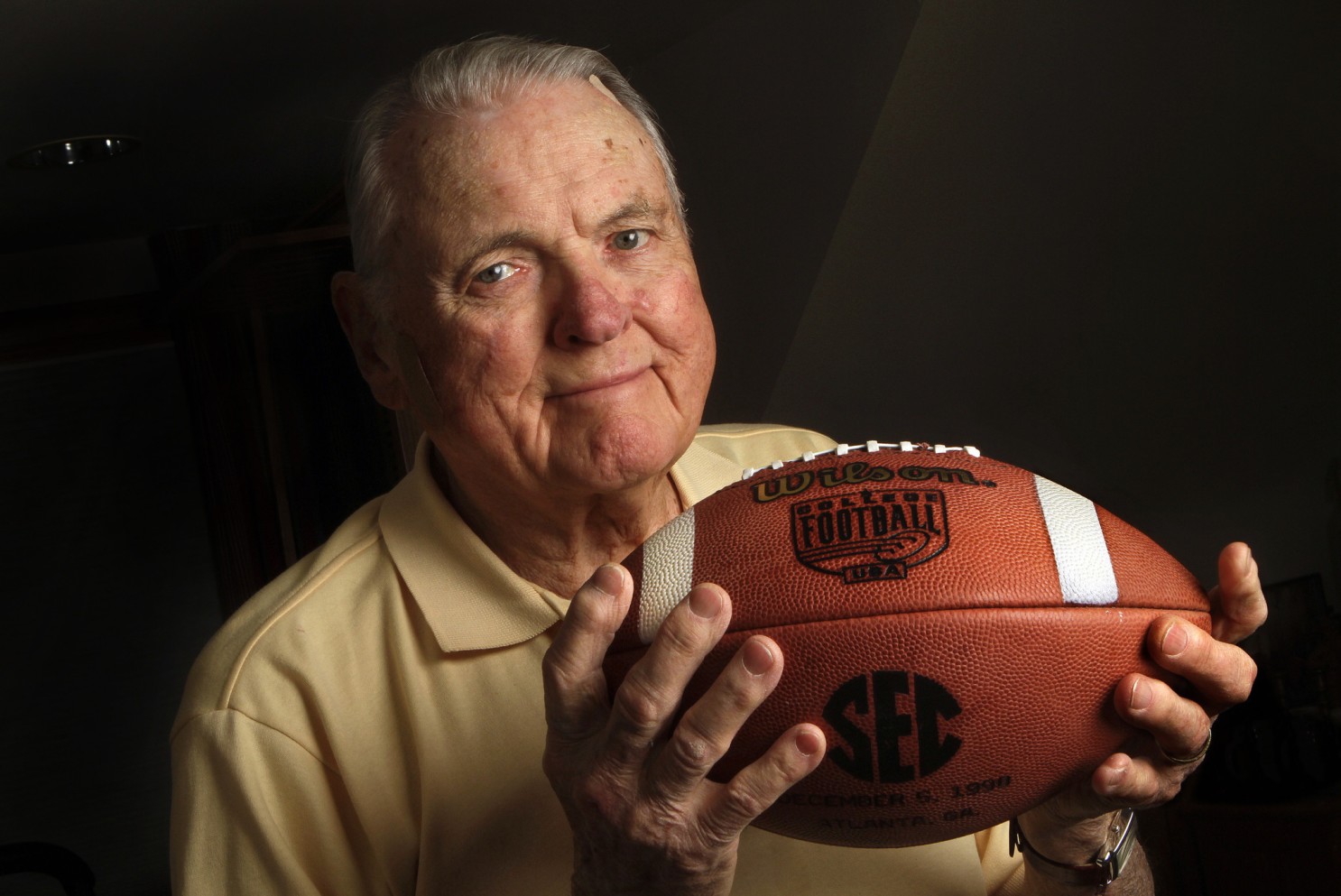 A couple weeks ago, I put the television on to watch post-season baseball on Fox. But when I flicked the remote the screen landed on ESPN. How quickly my attention was diverted.

The network was about to run one of its segments profiling the heritage of college football, celebrating its 150th year. The specific element that night was honoring the game’s top media personalities. ESPN would conveniently identify 11 of the most dynamic media personalities whose names are interchangeable with fall Saturdays.

It caught my eye.  Eventually, it made me bristle too.

ESPN’s self-named Blue Ribbon panel had to be at least ten deep. The program was hosted by Rece Davis, a reared Alabaman whose blood has shown college football. When I saw folks like Holly Rowe, Ivan Maisel and Bill Rhoden on the set, I turned skeptical. These three and for that matter all those around the crowded table were accomplished. But neither is an historian of media coverage of college football.

As I watched, it became clear that ESPN engaged in a sweeping, hasty and careless narrative. There was no evidence of any research, other than one screen shot of a Wikipedia page. Now that’s exhaustive!

So the list was a product of knee-jerk responses by those in the room who were asked for their opinions by Davis. It was a rush to judgment, men and women filling out vocal ballots frivolously. And that’s how ESPN, our distinguished sports leader, declared the 11 most influential media members; an ill-informed panel spewing names based on observation and personal taste. Please!

Neither in the room was old enough to remember the many years before 1969 when college football reigned almost exclusively. As a result, history is shortchanged and the flawed list of 11 reflects it. For this segment, the show’s title College Football 150 was a misnomer.  It should have been College Football 50.

Moreover, instead of isolating network broadcasters, team radio announcers and national writers, ESPN co-mingled all three disciplines, cataloging them under media. So not unexpectedly, the list turned into a casual, if not laughable hodgepodge. ESPN’s list of eleven is made up of two esteemed national scribes, one local beloved radio voice and eight television personalities. As such, ESPN left itself vulnerable to criticism, an outrage produced by pure omission.

These are the ESPN 11. While each man qualifies, there are four gentlemen not on the list who contributed greatly toward the growth of the game. Three of them made their major marks before 1969.

College football was dominant before the war, before television. The game’s popularity exploded nationally as a result of the pulsating air work of two galvanizing radio voices, two pioneers, Ted Husing on CBS and Bill Stern on NBC.  In the 30s and 40s, Saturdays’ games were appointment listening. The two painted masterpieces.The broadcasts were theater. Millions tuned in. One listener was a young New Yorker named Vin Scully who often talks about being riveted by the roar of the crowd.

By the 50s and 60s, a limited number of attractive college football games were on Saturday network television. Often, it was just one game. The bowl games on New Year’s Day were a subject of anticipation for weeks. The Rose Bowl was not only the granddaddy, it was the biggest football game of the year, pro or college, until dwarfed by the Super Bowl. Therein the name Mel Allen emerges, America’s most popular sportscaster of the Ike years. He was a Rose Bowl fixture.

Our list does not include non play-by-players, Jenkins, Cook and Rice, nor local voice Munson. Curt Gowdy is omitted because other than Bowl games and a few isolated seasons,  his football was most identified with the NFL.