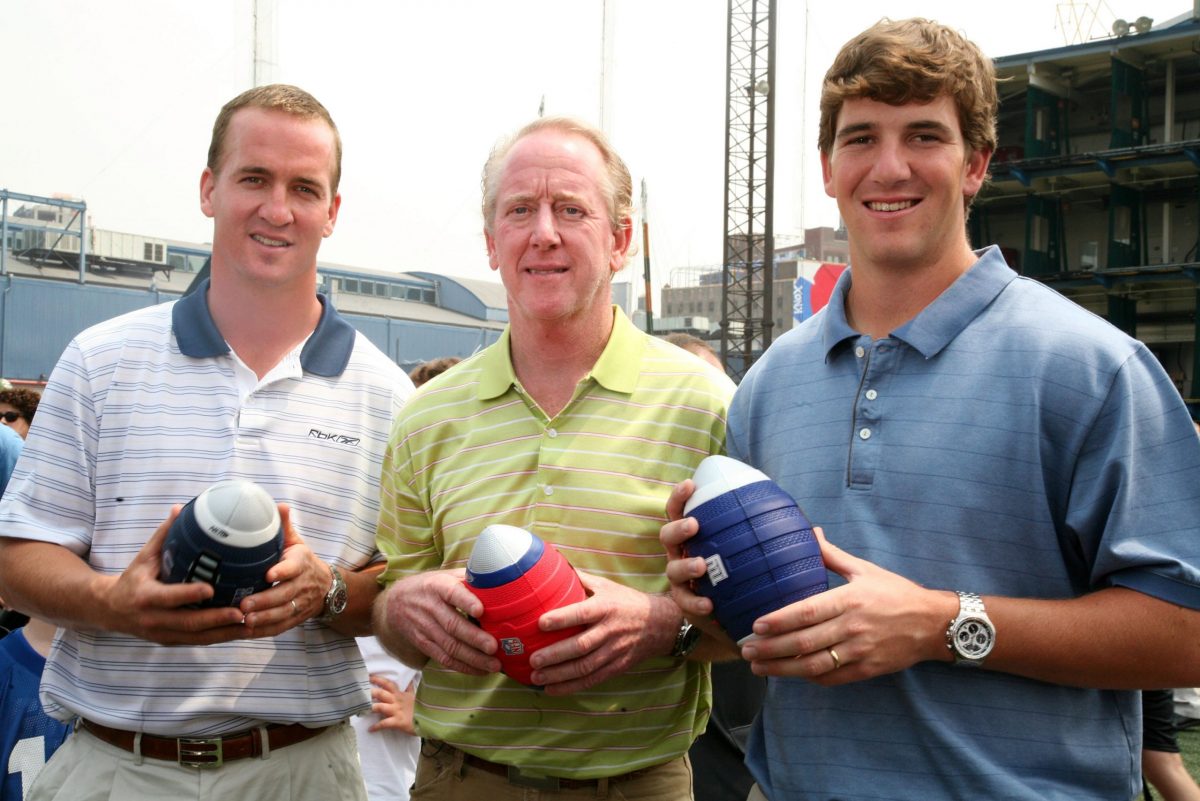 Archie Manning, flanked by sons, Peyton to his right and Eli, to his left

Yesterday, ESPN announced groundbreaking production plans for its coverage of Monday Night Football. In addition to the conventional broadcast on either mainstream ESPN, ABC or both, ESPN2 will run separate gamecasts of sorts that will feature the Manning brothers, Peyton and Eli.

The network has been chasing Peyton for years to do game commentary on its traditionally formatted broadcast but he’s turned down the opportunities. Now, Peyton accepted this unique role and will be joined at his broadcast hip by brother Eli.

The siblings will provide commentary from a remote location for ten of the Monday nights and will be grouped by what ESPN says will be “celebrities and iconic guests.”

Unique simultaneous broadcasts are not new to ESPN. Since 2014, the Bristolites have offered fans choices of how to watch college football’s title game and the menu of options continue to swell. They include multi audio and video channels, including representative announcers of the local teams. One of the video options has been a brick format where viewers can watch games from many angles. Other features had channels covering the refs and where coaches break down opposing strategies.

Last season’s NFL wildcard, was available in a traditional manner on ESPN and ABC, while ESPN2 had a Film Room  that offered a concentrated break down of game strategy in real-time, and ESPN Deportes that aired a Spanish-language telecast.

ESPN’s release states, “Each Peyton and Eli-fronted MegaCast will be distributed on ESPN2, with potential for additional distribution on other Disney properties including ESPN+, complementing Monday Night Football’s traditional telecast, which will continue to be available on ESPN and/or ABC each week.” This will be Monday Night Football’s 51st season.

Remember too that as part of its new deal with the NFL, ESPN will have the 2026 Super Bowl which will be carried on Disney co-owned ABC Television. Expect a fairly broad menu then. Should be refreshing! The other Super Bowl networks to this point have put all their money and heart into one production.

Takeaways from this move and ESPN’s tumultuous week

On sharp elbows, I’m reminded of Lindsey Nelson saying something like, show me a broadcaster who’s #1 at his sport and I’ll show you someone who used some sharp elbows to get there. And yet, I’ve also read that he never did anything like that and was universally beloved by his colleagues, and others said the same of Chris Schenkel. Nice guys finish first?