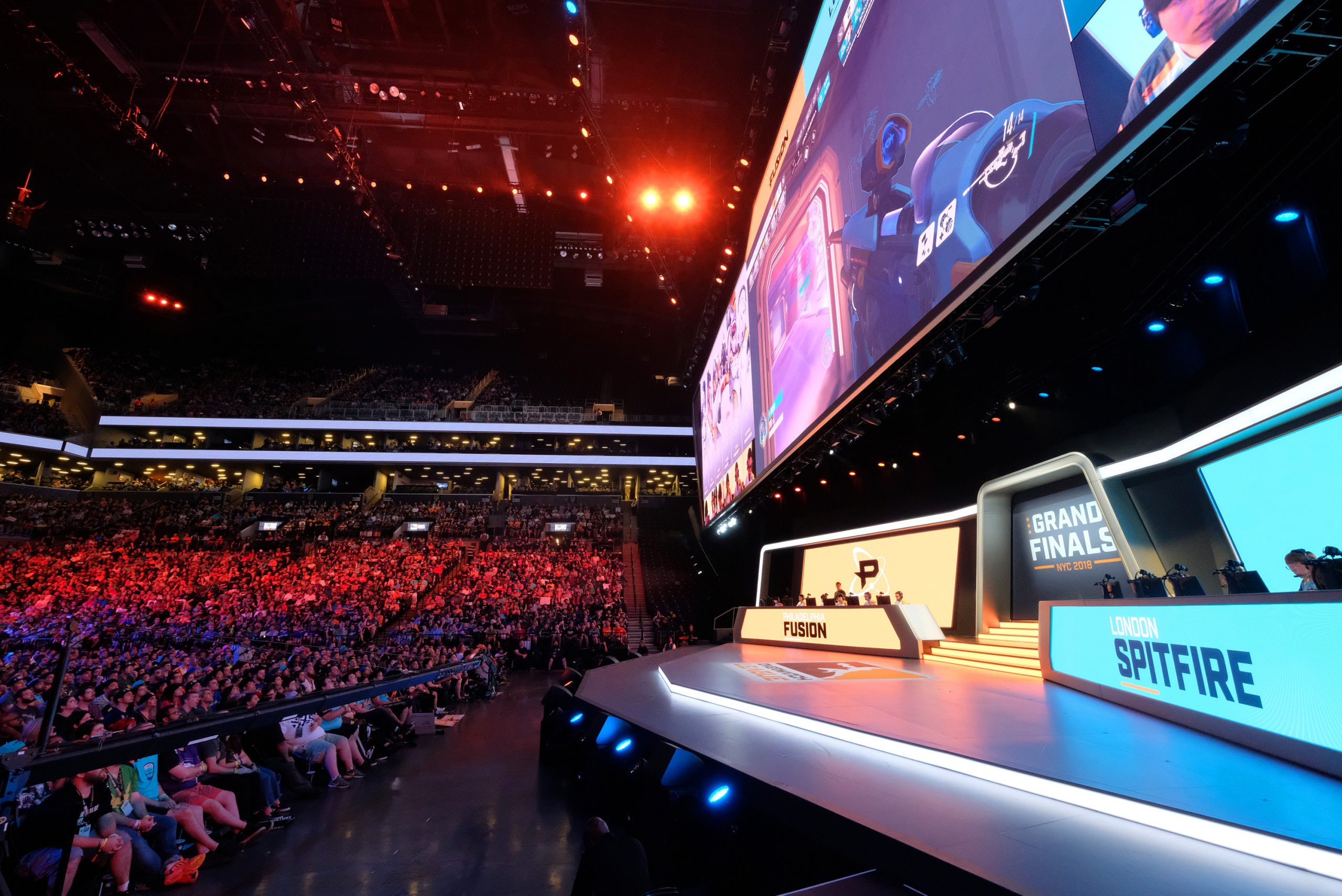 One of the biggest events for the Barclays Arena this past summer featured a dozen 20-something-year-olds sitting in front of a computer screen playing a video game. The Overwatch League Grand Finals sold out the Barclays Center in Brooklyn. Over half a million people watched the event tuned via ESPN, Twitch, and other platforms. The average per-minute viewership globally was 861,205 to watch these “athletes” battle it out with specialized characters to control a virtual area on the screen. Still think it wasn’t a big event?

This is not just an isolated incident, either. There’s plenty of reason to be bullish on esports:

Many sports purists argue that esports aren’t real sports. Perhaps conventionally.  But from a business standpoint, the argument is specious. esports are a billion-dollar industry that is threatening to disrupt the irrepressible growth that traditional sports have enjoyed for over a century. In this new order of a digitally influenced world,  there’s been a noticeable shift in what people are watching. Viewership numbers for the legacy sports are down, while viewership numbers for esports are skyrocketing.

If you don’t think that traditional professional sports teams and their respective leagues aren’t taking notice, consider that they too are investing in esports. Major names in sports, such as the Tampa Bay Lightning’s Jeff Vinik, the Golden State Warriors’ Peter Guber and the Washington Wizards/Capitals’ Ted Leonsis, have started to put hard cash into esports. These three owners are all now co-owners of the esports franchise Team Liquid. Many other sports leagues, like the NBA and NFL, now have individual players that compete on games that model their leagues. The NBA created the NBA 2K League, where each NBA team gets a dedicated esports team to participate, while the NFL has opted to keep its events more open and not have players sign with teams but rather compete on their own. These events allow anyone to register to play, and the event is only sponsored by the NFL, rather than having a limited pool of players that all represent the same team.

What sets esports apart from the rest of the industry is the preponderance of youth that’s evident in its viewer demographics. Looking back at the Overwatch League, half of the US audience fell into the key 18-34 demographic, while globally seventy percent of the total was a part of the 18-34 demo.

Nicole Pike, managing director of Nielsen Esports underscores this point: “Having cross-platform success, especially among the coveted 18–34 demographic, showcases the Overwatch League’s strong fan base. Marketers seeking to capitalize on the growth of esports among the mainstream population should take note of the league’s multi-platform approach to broadening reach,”

As noted by Pike, esports aren’t even carried on broadcast like traditional sports. Streaming is relatively new for sports. The major networks are still trying to find the best way to adapt to the migration from television to streaming apps. esports has a head start; an advantage in this regard. They are already deeply ingrained in the streaming landscape. Twitch.tv is the main streaming service for esports, but it also has the power to bring attraction to a vast variety of amateurs. In total in 2017, an overwhelming 355 billion minutes of content were watched on the platform. While not entirely esports content, the vast majority is video gaming, which just brings more awareness and hype to the bigger esports events.

The 2017 ELEAGUE Counter-Strike: Global Offensive major tournament was the first tournament to gather over 1 million concurrent viewers on the Twitch platform. The numbers continue to grow, and show little signs of slowing down at any point in the near future.

With all its momentum, professional gaming is still in its infancy, and has to address wrinkles before it matures. For one, there is still not a universal governing body for esports;  but plenty of minor governing bodies. This prevents the inclusion of esports in competitions like the Olympics, although the IOC has hinted at future inclusion, provided that the minimum requirements for a “sport” are met.

Unification under a single governing body can be tricky for an industry like esports though, as there are many games that are included under “esports” as a whole. Valve’s Dota 2 and Counter-Strike: Global Offensive, Riot Games’ League of Legends, Activision-Blizzard’s Overwatch, Psyonix’s Rocket League, Bluehole’s PLAYERUNKNOWN’S BATTLEGROUNDS, and Epic Games’ Fortnite all headline the esports scene, with new games being introduced and old games leaving the competitive circuit all the time.

The current environment traditionally has different leagues, such as the ELEAGUE, Intel Extreme Masters, or FACEIT, that host events, all with very similar rules for different games. Then teams, which are not bound to any specific league and can compete in any competition sponsored by any of the leagues. Essentially, it’s like abolishing the NFL in favor of a bunch of organizing bodies that all sponsor their own playoffs. Each team is then free to join whatever playoffs they want. Major teams, like FaZe Clan, Cloud9, NiP, Team Liquid, Fnatic, OpTic, and many others (all of which basically operate as a franchise) all have signed players who play for them. So the only major difference is that instead of playing in a set season organized by one governing body, the teams choose which competitions to play in, and the competitions are all organized by different groups.

The way that fans choose a team to follow is also different from traditional sports. Major teams generally aren’t bound to a city like traditional sports teams. Instead, in the time between competitions, many players stream themselves playing different video games on the Twitch.tv platform. Players sometimes even pop-in as guests on well-known YouTube personalities to build their image. An example of this is when “NBK” from the esports team EnVyUs joined well-known personalities “SovietWomble” and “Cyanide” for a few streams and YouTube videos.  As the individual players then gain a following, their fans also root for them when they play in tournaments as part of their teams. This gives the teams a fan base.

esports betting has the same snags as traditional sports betting. Following the most recent Supreme Court decision, it is now allowable on the federal level, but is still prevented in some states and jurisdictions.

These viewers aren’t just staring at a screen watching others play video games, however. All of the major events employ Shoutcasters to provide play-by-play or color commentary. These shoutcasters operate very similarly to traditional sports broadcasters, with some key differences. The next section in this series will explore shoutcasting, followed by the conclusion which differentiates shoutcasting from traditional sports broadcasting.

Shoutcasting isn’t loud, but it’s made a boom in how esports are presented

Check out video below: