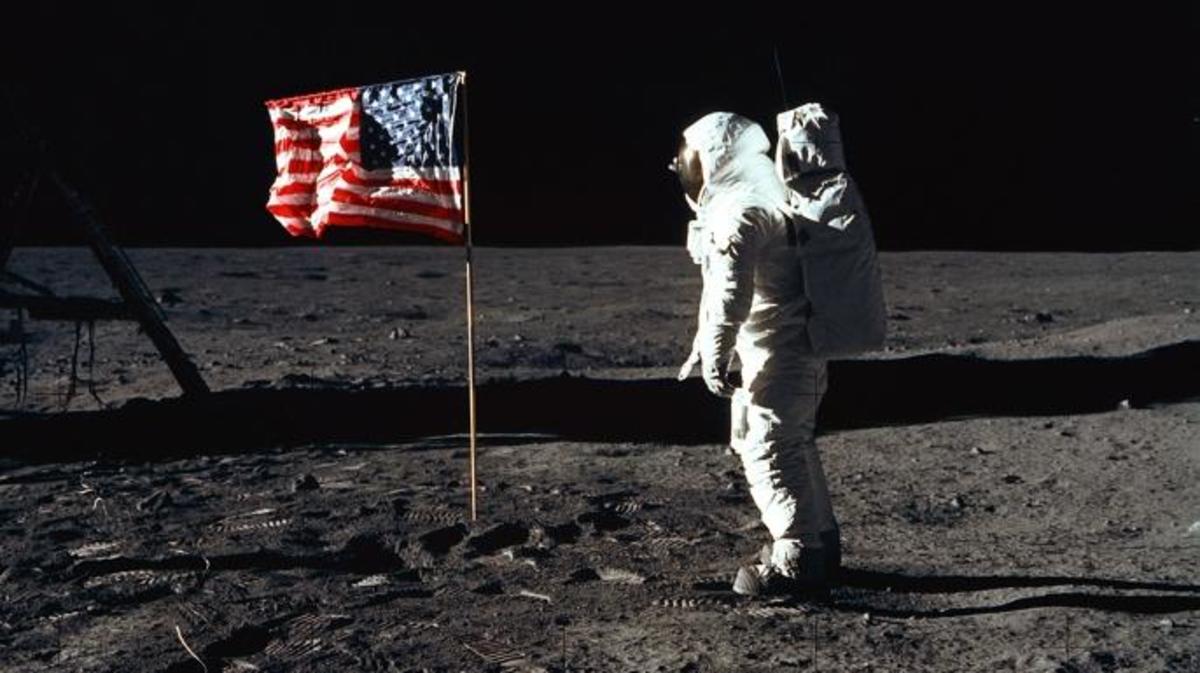 What was it that Vin Scully said when Kirk Gibson hit that unforgettable home run? “In a year that has been so improbable, the impossible has happened!”

When some saw Neil Armstrong and Buzz Aldrin walk on the moon’s surface, they suggested it was a hoax. It was considered an impossible feat.

The moon landing occurred on a Sunday, July 20, 1969. Baseball was wrapping up the first half of its season. The All-Star Game was scheduled for Washington the following Tuesday night. More on baseball and the moon landing tomorrow. Local broadcasters will weigh in.

Today, longtime and distinguished network voices look back, sharing what they do and don’t remember:

I was 13 yrs. old in the midst of my baseball season when Sunday July 20th rolled around. My world was about playing baseball, a lefty Pitcher/First baseman and prepping for becoming a broadcaster really soon. I’d start calling football games with my dad 14 months later. 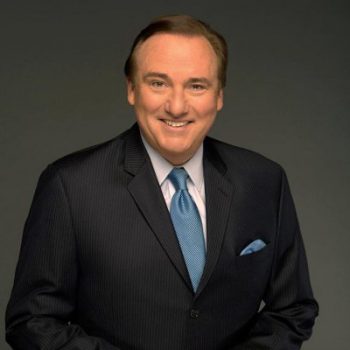 There’s no denying every space shot was a big deal to all boomers, and it was covered like a sporting event. Cronkite & Wally Schirra were the Summerall & Madden of commentators. ABC Science Editor Jules Bergman’s reporting and baritone voice made him the John Facenda of space coverage. I believe it was a Sunday night landing and I couldn’t be torn away. Without remotes, I would sit on the floor and twist the channel selector which drove adults crazy. Eventually I’d be sent to my room to watch on my portable black & white TV to channel surf. News covered it LIVE which made it feel like a sporting event but with far more at stake. It also was one of those moments that brought everyone together. A replica of sports in my mind. I sincerely hope we go to Mars soon. Our country could use it!

I was a counselor at a summer camp for inner city kids in Upstate NY. I was 17 years old. The camp director brought a small black and white TV into a common area and a group of us watched it. When Neil Armstrong said “That’s one small step for man”. He hesitated for a moment, then completed the declaration with “one giant leap for mankind.”
It was clear to me (and to Armstrong) that what he had intended to say was, “That’s one small step for A man. One giant leap for mankind.”

I remember the nighttime television coverage and like everyone else, wondered what was next in this nascent space age.

It turns out, not much was next. The moon rocks that were harvested that July night, seem long forgotten.

I had just started in radio at WVLK, Lexington, Kentucky, and borrowed one of their recorders.

I was home, watching on TV with my wife, Sheilagh and infant son, David…..recording the audio of the moon landing so that David would have a record of what happened that day.

I was in Thousand Oaks, California covering the Dallas Cowboys summer training camp. The Cowboys reserved a large room at Las Robles Country Club for the evening, set up several television sets, and served a buffet dinner. This was for coaching staff, front office staff, and media.

When Neil Armstrong stepped on the moon surface, I was watching at a table with Tom Landry and several of his assistants.

I was announcing the Hawaii Islander games (can’t remember the opponent) and we had a day game scheduled that Sunday. The moon landing was supposed to take place in early afternoon Hawaii time, so it was determined by our general manager Jack Quinn, with the consent of the other club, to play the game in the late afternoon, three or four hours later. So I was able to watch the landing at home and then head to the ballpark.

As a postscript, I met Neil Armstrong very briefly twice, once at Riverfront Stadium in Cincinnati in 1972 and once at an astronaut event in Los Angeles around 20 years ago. But my bucket list may have been topped by having the chance to have dinner with him.

As it turns out, Cris Collinsworth was very friendly with him and arranged for us to have dinner with him around a Sunday night game in Cincinnati in the middle of the 2012 season. I was, pardon the expression, over the moon in anticipation. Cris had set it up during the summer. So on August 25, 2012, Cris and I were driving back from the NY Jets’ training camp to Manhattan (we had a preseason game with them a couple of days later) and we were listening to WINS when we heard the news that Armstrong had died after bypass surgery. And so it goes…

I was 10 years old, living in Moraga, California. My interest level was high primarily because my parents were mesmerized by it. I remember being outside playing a baseball game with the neighborhood kids on an open building lot that could

have passed for a moonscape. My father hustled over to get me back to the house in time to see Neil Armstrong take his one small step for man……

A year or two later, my family took a vacation to the Smithsonian Institute in D.C. for the sole purpose to see the moon rocks on display. I recall my dad saying it meant so much to him that he would have walked to Washington to see the rocks. Like I said – it was a big deal for my curious minded family.

I was working at my first job, a radio station in Sometset, Pa. lucky enough to have finished my shift and make it home to watch it all on TV as my heart filled with pride and my eyes filled with tears.

My eldest son Kevin  just now helped me remember. He was five, and my youngest son Brendan had just been born in Oakland on July 12  of 1969.  I was out of work, desperately looking for a job  after the first owners of  the NHL California Seals  had sold the team. (I had been the announcer and PR guy.)  We watched the moon landing on TV in our rented house  and I guess I thought if man could land on the moon, I could get another job! And I did, WPIX New York in September of that same year, which led to NBC Sports in 1972 as the play-by-play guy on the NHL Game of the Week.

Addendum : About 15 years after the moon landing, I met Buzz Aldrin at a Super Bowl party I was hosting in Sun Valley, Idaho, and we have seen each other several times over recent years. And while Neil Armstrong became immortalized as the “first man on the moon” — planting the U.S. flag before Buzz joined him on the celestial surface– Aldrin became the first and only astronaut to compete on TV’s  Dancing with the Stars !

It was on a Sunday. I don’t remember all the particulars. I know I was working at KDKA-TV in Pittsburgh.

I was off that day and probably watched Walter Cronkite. We were a CBS affiliate so I naturally tuned to the greatest.

To be honest, I can’t remember where I was exactly, probably with my family. Two years afterward in 1971, I married Lorraine. We’ve been married 48 years. I’m 80 and feel great. I did get a chance to meet Buzz Aldrin years later at an event. The landing brought joy to the world!