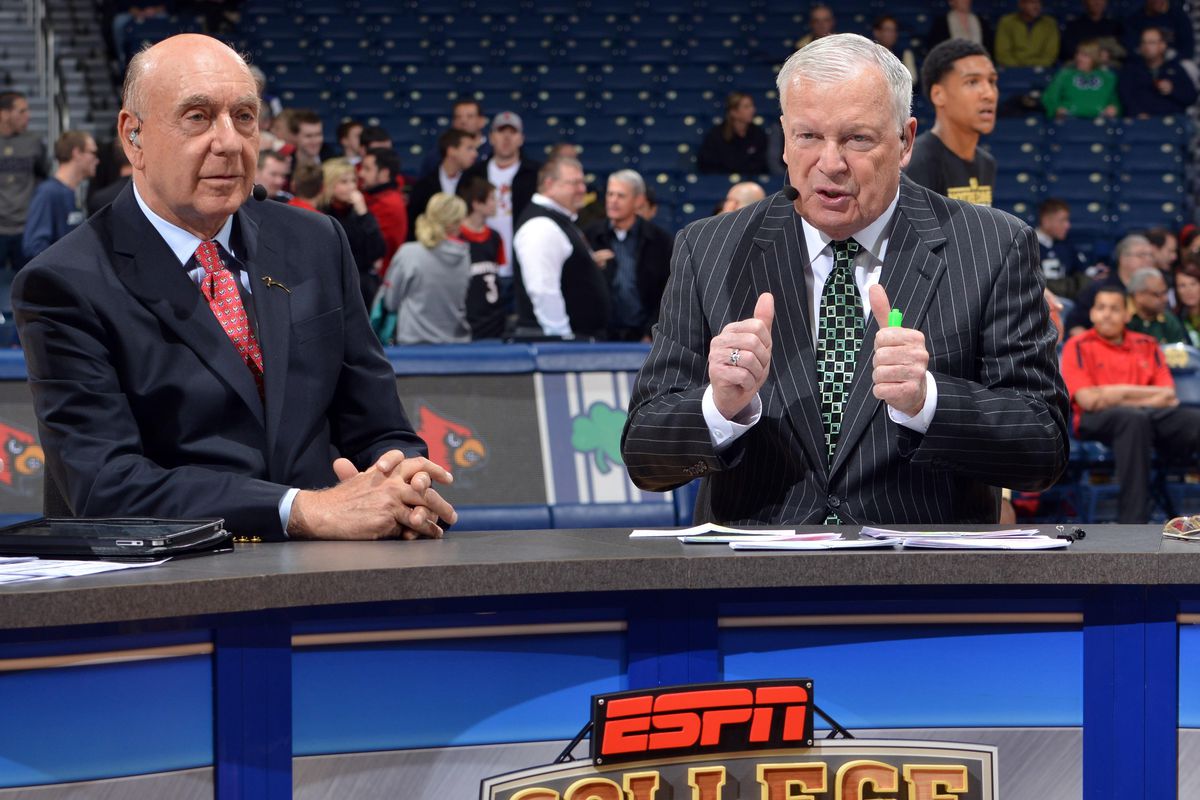 It’s almost a half-century but in 1970, Digger Phelps took over a Fordham University basketball team that hardly ever made much noise. He turned the Rams into a one-hit wonder and a one-year darling of New York City. The Beacon, New York native did so just after the Knicks and the NBA had galvanized a basketball hungry city winning an NBA championship. No easy feat, not in 1970-71 when the focus of the Big Apple’s basketball world was on the pro game.

Fordham had gone 10-15 when Phelps took over the reins at Rose Hill. What followed was remarkable. The Rams finished 26-3 and they were ranked as high as 9th in the AP poll.

What has happened since? Is Fordham a tough place to win? You bet. In the following 48 years, Fordham has been to only one NCAA Tournament, it hasn’t again won 26 games and has not since cracked the top twenty in the national rankings.  In other words, what Phelps accomplished that one season is unimaginable.

It was so unimaginable that Phelps cashed in on his success immediately, after just one season, taking the head coaching job at Notre Dame where he spent twenty years and took the Irish to their only ever Final Four in 1978. By the time he left coaching in 1991, his Irish teams had advanced to eight Sweet Sixteens or better.  In the 28 years since Digger left, Notre Dame has advanced to one Sweet Sixteen and two regional finals, never to another Final Four.

Catching up with Phelps recently, his voice is still sonorously strong and his word and name retention are striking for a man who’s 77. Ask him about something last week or thirty years ago and he’s right on it. Spot on, no hesitation.

After leaving the Irish, Phelps was a prominent commentator for ESPN. In his years coaching, he was always considered a potentially hot broadcasting candidate. For that matter, in 1984, while still at Notre Dame, he served as a commentator for the Los Angeles Olympics. He later did television work with CBS before joining ESPN.

Digger, nicknamed as such because his dad was a mortician, still lives in South Bend, in the same home he bought when he moved out there in 1971. He says the spirituality of the campus is magnetizing and that there’s nothing like it.

Phelps who went 393-197 at ND is proudest of his graduation record. He says that all 56 players who completed their four-year playing careers earned their degrees.

How did you end up at Fordham and succeed in the shadow of the Knicks, St. John’s and others?

I was an assistant to Dick Harter at Penn where we built the Quakers into a behemoth, not only in the Ivy League. We were becoming a powerhouse nationally. Through Johnny Druze, a member of Fordham’s seven blocks of granite, I got an interview with the school’s athletic director Peter Carlesimo, just after Easter 1970. I was 28 when I was hired and 29 when I began coaching there.

Freshmen couldn’t play then. I’m thinking if we go to 15-10 my first year and get invited to the NIT, we’re good. My starting center Paul Griswold blows out his knee in November so I had to start a 6’5” center, Tom Sullivan. I played four guards and one center. We pressed virtually fulltime. It was an unforgettable year. I had a great group of guys, Charlie Yelverton and Kenny Charles who then was only a sophomore

New York City fell in love with us.  We lost to Villanova in the NCAA regionals. Villanova then lost to UCLA in the national title game. We finish 26-3. It was a storied year. In my mind, that season was one of the greatest in New York college basketball history.

In your New York time, you got to know Howard Cosell

Howard was as big at it got. He did a local ABC show in addition to his national work. He made me a superstar there. He was creative. I’m from Beacon, New York and there was a light-heavyweight champ from the same town, Melio Pettina. Howard would introduce me. “In his day, Melio Pettina brought the bacon back to Beacon, now the undertaker’s son from Beacon is taking Fordham to the promised land.”

You coached P.J. Carlesimo at Fordham. What was he like?

PJ’s a classic. If you needed anything on campus, he got it it done. He was of course the son of the AD, Peter Carlisemo. If you had to organize a pep rally, speak at a dorm, he could always set it up effectively. He was a bit of a prankster too. (Digger laughs.) One night, he bet each of his teammates that he can wear his sweat pants, a jock and no game pants, and can get away with it. We’re playing someone and we’re up by 20 with two minutes to go. I clear the bench and summon PJ to check in. He doesn’t move. I ask again. He just sits there. I don’t know what’s going on. The game ends. The bench is hysterical. PJ proceeds to collect $5 from each of his teammates ($31 today).

One and done at Fordham?

I was always enamored with Notre Dame and had been out there years earlier where I met athletic director Moose Krauss.  In April, 1971, I met with Father Edmund Joyce and I was hired in May. I wasn’t quite 30.

What was it like when you first joined Notre Dame?

We got rocked, we finished 6-20 my first year, 1971-72 We help open Assembly Hall in Bloomington and get whipped by Indiana, 94-29, lose at UCLA by 58. We then play Kentucky in Louisville and lose by 16. Adolph Rupp calls me at the Executive Inn after the game. He says to me, “You’re a young coach. Don’t worry. You’ll get it together. You lost to Indiana by 65 and UCLA by 58. So let me ask you. What’s wrong with our team; we beat you by only 16?”

In your years with the Irish you beat #1 ranked teams seven times. None was bigger than the UCLA win which ended the Bruins’ amazing 88 game winning streak. Tell me about it.

In John Wooden’s book, he talks about not taking a timeout because it’s a sign of weakness. So we’re down 11 with 3:22 to go. I take a timeout. We make some changes and proceed to go something like 6 for 6 from the field. We force 4 turnovers and UCLA goes 0 for 6 from the field. We cut the lead down to three. Bill Walton looks at the UCLA bench. Wooden motions, play on. We then go up one. UCLA then finally takes time. We win. I told the assembled media after the game, tell Coach Wooden, I read his book.

Your ND team was often covered by TVS and Dick Enberg.

Yes, we had so many of our games on weekends run nationally before cable television was born. Enberg called the end of that win over UCLA in 1974, saying “When John Wooden was in the Navy, Digger was being born. He captured the drama as well as anyone.”

Your career transcended basketball. You did some governmental work under the late George H. W. Bush.

Coach Ara Parseghian was my Big Brother. He took me to a who’s who of a golf outing in Dayton where I met the elder Bush who was then vice president.

He eventually had me help tackle bad elements in urban centers through economic empowerment. I also did work in New Orleans after Katrina to help rebuild the community. I wanted to set up a culinary school to help create jobs for the underprivileged, figuring all the restaurants would generate job opportunities.

I also did some work for the United Nations, including serving as an observer for an election in Cambodia.

I was close with Jim Valvano. His brother Mickey was my roommate at Rider College in New Jersey. Jim, John Saunders and Vitale had done studio shows. ESPN was looking for a replacement for Valvano so I was a natural candidate. For ten years, I combined game broadcasts and studio work. Then I did ESPN’s College Game Day. We were family. It was a ton of fun.

And I have to tell you. the late John Saunders loved Jimmy V. We would do the Jimmy V Classic at the Garden. They’d play Jimmy’s speech, “Don’t Give Up” and his eyes would well up. I’d have to give him Kleenex tissues. Later, Rece Davis came along and he was absolutely solid too.

First, let me say, that Dick Vitale made ESPN what it is today. He put the Duke North-Carolina game on the map. Without Dickie V in the early years, I don’t know how ESPN would have made it.

In the studio, the preparation in many ways is broader; lots of games. You have to be ready for anything. ESPN’s research team is a great help. Doing games on site requires a lot deeper focus into one matchup. Review the stats, the recent history, look at tape and talk to the coaches.

On Game Day, I’d have tons of fun with the fans. I did the Moon Walk at Kansas in front of thousands of fans, on the floor with the dance team.

At one point Digger Phelps to the Knicks was a rumor. What was going on?

Howard Cosell and MSG’s Sonny Werblin lunched at 21 in New York regularly. Howard told Sonny, ‘We have to bring Digger back to New York once Red Holzman retires.’ Sonny called me. We get together. I tell him, Sonny, I know you’re struggling to sell the blue seats (in the day- the highest seating tier in the building). I won’t take a salary. Just let me sell the blue seats. Jack Krumpe, his lieutenant jumps in. He says, ‘Sonny, knowing Digger. He’ll paint the red seats (behind the benches) blue and the blue seats red. Look out.’ We all laugh.

This goes on for two years. Finally, I tell them, hire Hubie Brown. He’ll turn things around.

Why are you still living in South Bend?

The ND campus is priceless, starting with the spirituality. I consider myself a disciple of Father Theodore Hesburgh, long time Notre Dame president. (Noted for: “The best thing a father can do for his children is love their mother.”)

Father Hesburgh helped President Dwight Eisenhower compose a civil rights bill. He encouraged me to go from coaching basketball to coaching kids on the street. Help gang kids win the game of life. I did.