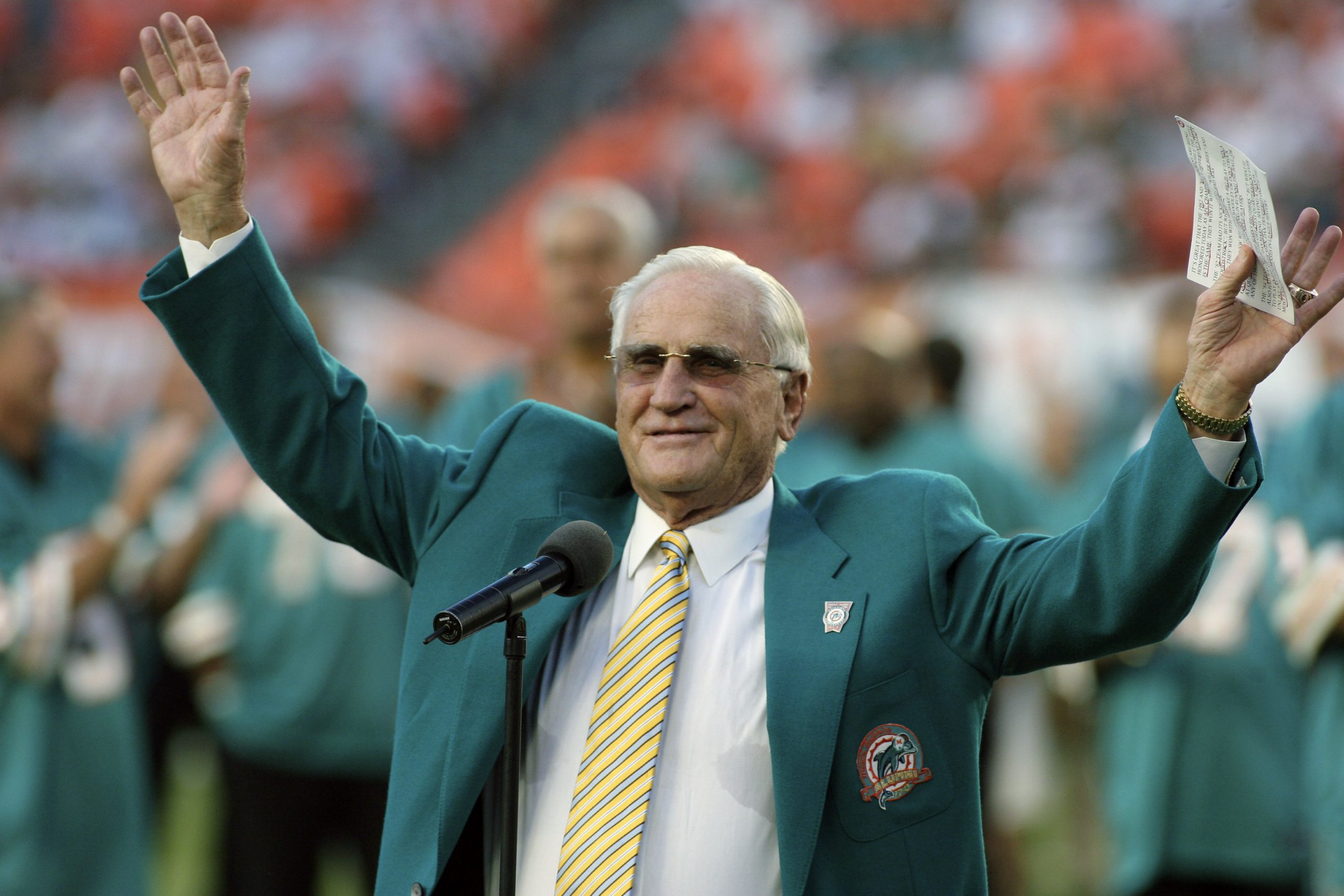 No NFL coach has won more games than Don Shula. Interviewer extraordinaire Roy Firestone reflects on the half century he knew him.

Former ESPNer Roy Firestone, one of the most accomplished sports interviewers of all-time, knew Coach 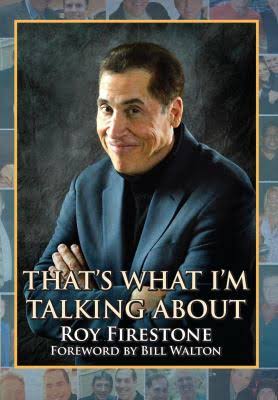 Don Shula 50 years. He got to know the winningest NFL coach when he was a teenaged Miami kid breaking into the television business. Roy reflects lyrically on the biggest and most enduring name in Miami sports history.

Roy shares this heartfelt memory of the man who established South Florid as Major league material. He’s the only man to lead an NFL team to an undefeated season. How many coaches have expressways named for them, Not many. Don Shula does.

I was fortunate to know Don Shula for exactly 50 years.
FIFTY!
Half a century.

I knew him when I was a teenager, and as a young man, and I knew him when he was young and successful, and then I was fortunate enough to know him and cover him in Miami as a kid photographer and later as a local anchor of sports in Miami at WPLG. There was absolutely no more intimidating figure in my life…and too, there was no one I respected more as a human being. I covered the great years and the bad ones…and I never saw a change in his demeanor. THE WINNING EDGE was his slogan…Never forget the winning edge.

Don Shula was the winningest pro football coach of all time. Not Lombardi, not George Halas, not Paul Brown, Not Belichick, NO ONE won more and NO ONE influenced more players for longer than Don Shula did.

He coached pro football for parts of four decades. He won big and he lost big.

He was on the losing end of the biggest Super Bowl upset of all time, Joe Namath’s “guaranteed” win over the Colts in Super Bowl 3. Then Shula, after building the Miami Dolphins from pretender to contender in one year..saw his Dolphins lose in the playoffs in 1970…and then be demolished by the Cowboys in Super Bowl VI. The losses stuck in Shula’s soul…they endured longer than the wins. He despised losing…at anything.

I would incur the wrath of Shula almost daily when I was about 18 years old…I was a camera man on the sidelines filming practice. He’d scream at me almost every day. “Who are YOU with?”, he would yell.

I would meekly say, “Uh, Mr. Shula..er..Coach Shula…my name is Roy…” Before I could even finish telling him my name he was off screaming at another cameraman or player.

I feared this man…but slowly I kind of got it. He was a man possessed with detail and wanted NO distractions, and no imagined “spies” on the field…He had no time for some punky kid and his stupid Bell and Howell camera on his practice field.

Slowly, though, VERY slowly, Shula got used to me. And then one day, I got one of my first assignments…and it was a big one. I was to meet the Dolphins team plane at Miami International Airport after the team lost a heartbreaker on the final play against the Oakland Raiders.

The team was due to arrive at 2 AM. My WTVJ sports director Bernie Rosen told me to set up the camera…and lights..wait for Shula to come off the plane…turn on the camera..run in front of it with a microphone and get Shula’s “reaction” to the loss.

I practiced this about 10 times while I waited for the plane. The plane didn’t arrive till 4 am. I had been waiting with my camera for about 6 hours.

When the plane landed…Shula was the first one off the plane. I turned on the camera and ran up to Shula.
‘Hi Coach,” I said meekly. Shula glared at me and growled “What the xxxxxxxxx do YOU want?” I was stunned.

I could only muster these words: “Oh, nothing….” Shula walked away.

The next day I had to tell Rosen, I DIDN’T get Shula’s comments…because he cursed me and walked away.
Bernie exploded. “Your job is to get the God-damned interview. Don’t let ANYONE ever prevent you from doing your job”, he said.

That moment stuck with me for the rest of my career. I remember Don walked up to me after I got the job as a sports anchor in Miami that first week.. ‘Hey Roy Firestone..I saw you do the sports last night…I thought you did a nice job.” Instead of saying thank you..I mumbled something about my flaws and how I wasn’t very good…Shula looked at me and said: ‘Hey, Firestone I just gave you a compliment…yeah, maybe you’re right…maybe you WEREN’T very good,” and he walked away. That TOO, stuck with me.

I thought about the moment…not just in not simply saying thank you, but by in the moment of humility saying I wasn’t very good. That didn’t sit well with Shula. “Believe in your talent and ability…be humble but be grateful and proud of your work,” he told me years later when I recounted the story to him.

Don Shula was loved and admired, and detested and feared. He could be gruff and terse. “I’m about as subtle as punch in the nose'” he once said. But Don, if he was your friend, and he was mine, was loyal, and wise, and funny as hell, and the greatest storyteller ever.

One night in 2012, the Dolphins asked me to host the reunion of the undefeated ’72 team. The party was at Shula’s home. Most every surviving player was there…And I sat at Don’s head table with Mercury Morris and Bob Griese. Shula was holding court and telling the funniest stories egged on by Merc and Griese. We laughed all night.

AT the end of the evening, Don pulled me aside. “I want to thank you for coming out here to host this event…but I also want to tell you how proud I am for you in your career….You did alright kid.” This time I said, “Thank you, coach”. I couldn’t say too much more. I was too choked up.

Don Shula died last night. He lived a great and successful life and he shaped me and inspired me and helped me gain my confidence in myself.

I was there at his first Miami press conference and I was there the day he retired. I was so lucky to know him. He was the greatest figure I ever knew in football.

And I will never, ever, forget him.