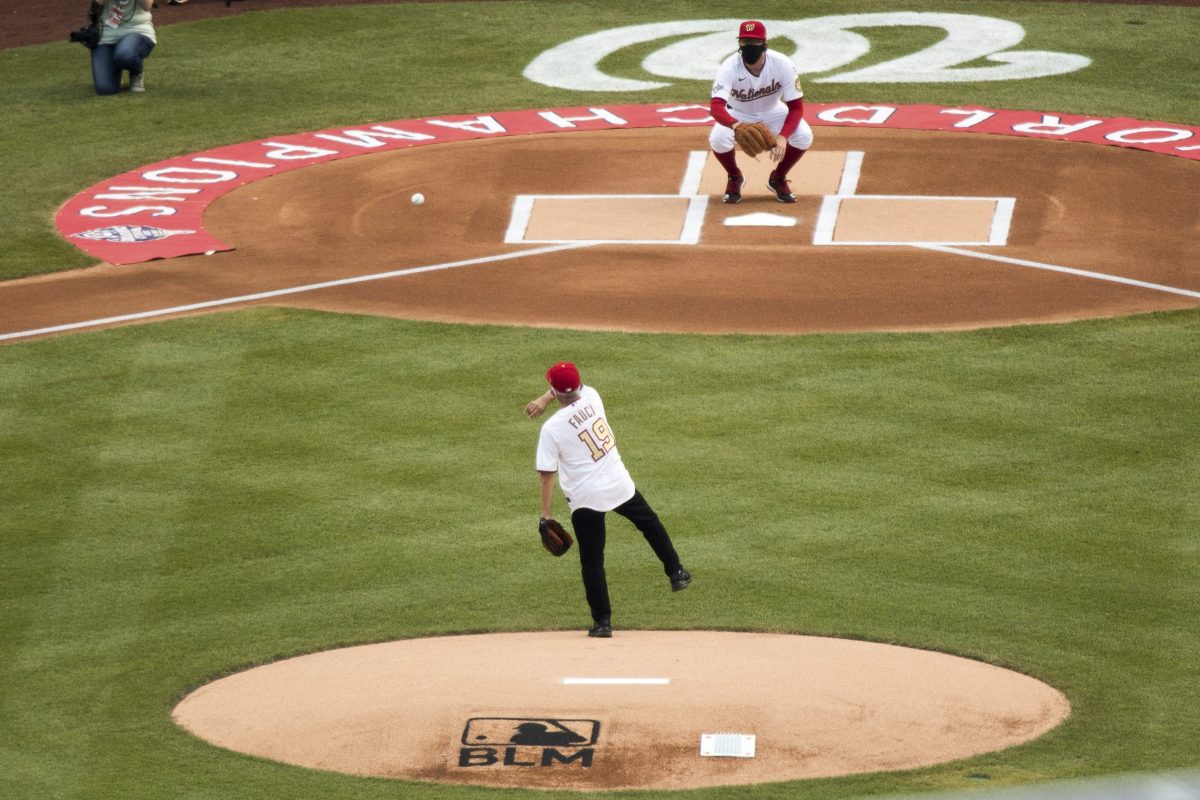 Dr. Anthony Fauci throws out the ceremonial first pitch at Nationals Park last night. His pitch was way to the left.

Legendary New York Yankees baseball catcher, the late Yogi Berra, exclaimed, “It ain’t over till it’s over.” With the rise of COVID-19 cases around the country, the chances that professional sporting leagues could resume seemed bleak. This wasn’t the case. Sports are back, and America is excited. MLB opened last night in D.C. The Yankees beat the Nats in a rain shortened game, 4-1.

As UFC, MLS, and NASCAR have been in full swing for a few weeks, it’s now time for sports fans to finally have the chance to see some NBA and NHL Playoffs, the 2020 MLB Season, and yes, in just a few weeks, the 2020-21 NFL season. With reasonably safe plans put into place by commissioners and executives, sports are back, and enthusiasts can finally kick back, relax, and enjoy watching their favorite teams battle it out.

Let’s check in with the talkies to get their takes:

“If MLB, PA agree to a 16-team playoff field for 2020, that likely means, given the calendar limits, that the first round would be best-of-three. The heavy favorites, Dodgers and Yankees, might be playing for their lives right away.” Update: The parties agreed yesterday to expand the number of teams from 10 to 16.

“Snoop is a walking hit song. He could do this for HOURS and never miss.”