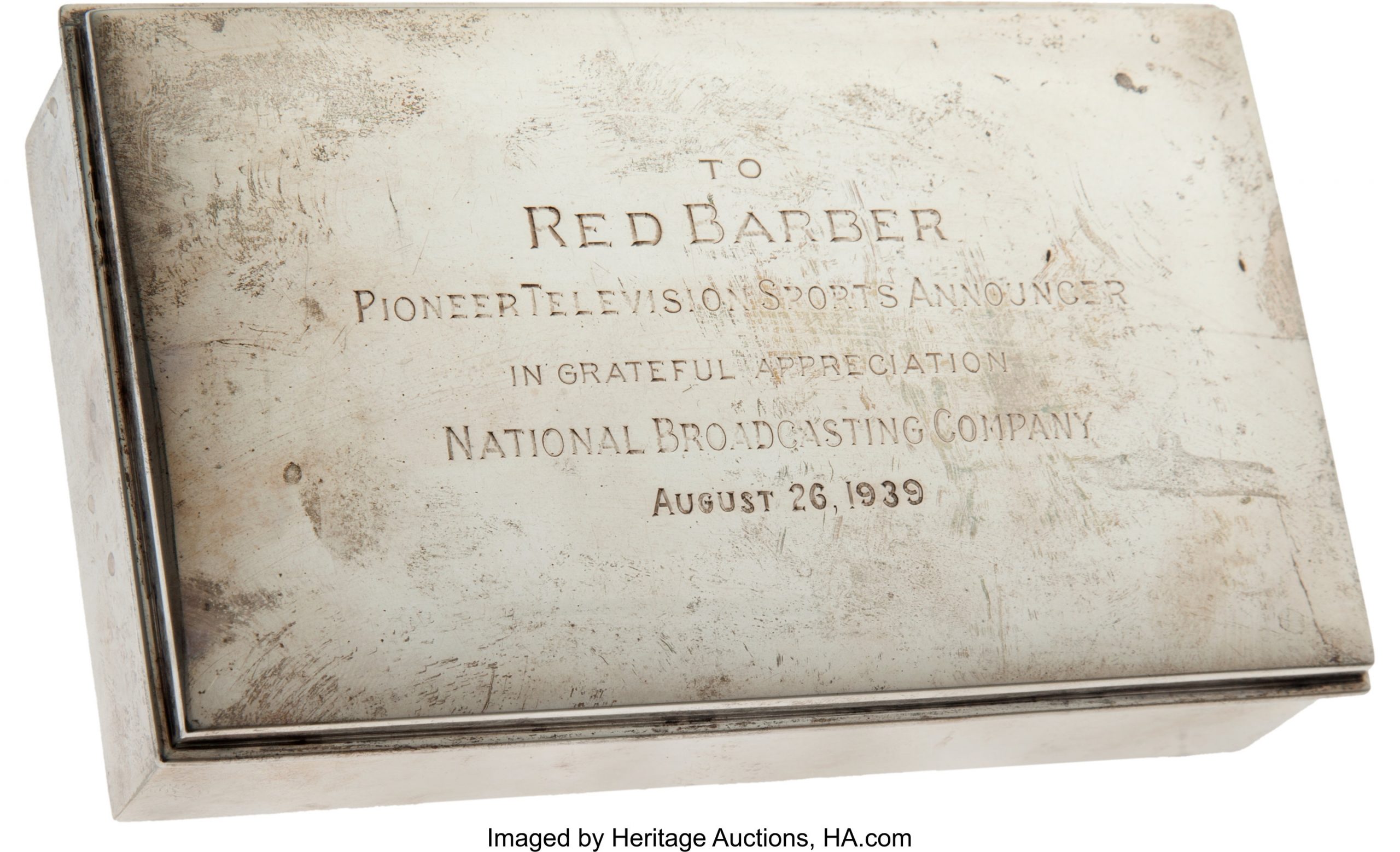 Placque for Red Barber, honoring him for covering the first-ever MLB game on TV

More meat on the archival bones:

And so these are the roots of baseball on TV !

I watched the Larsen game and, yes, it wasn’t the Vin we now know, that’s for sure.

By the way, a trivial note: the Dodgers are the only non-expansion team to have had a Frick winner in the booth from the first day the team went on the air: first Red, then Vin, now Jaime.

And Red requested that cigarette box as his payment, as you know. He didn’t like doing extra work for no reward, and I don’t blame him!

40 years ago, I interviewed Red about that first MLB telecast.
https://www.sportscasterdan.com/2019/02/interviewing-red-barber-and-where-will.html