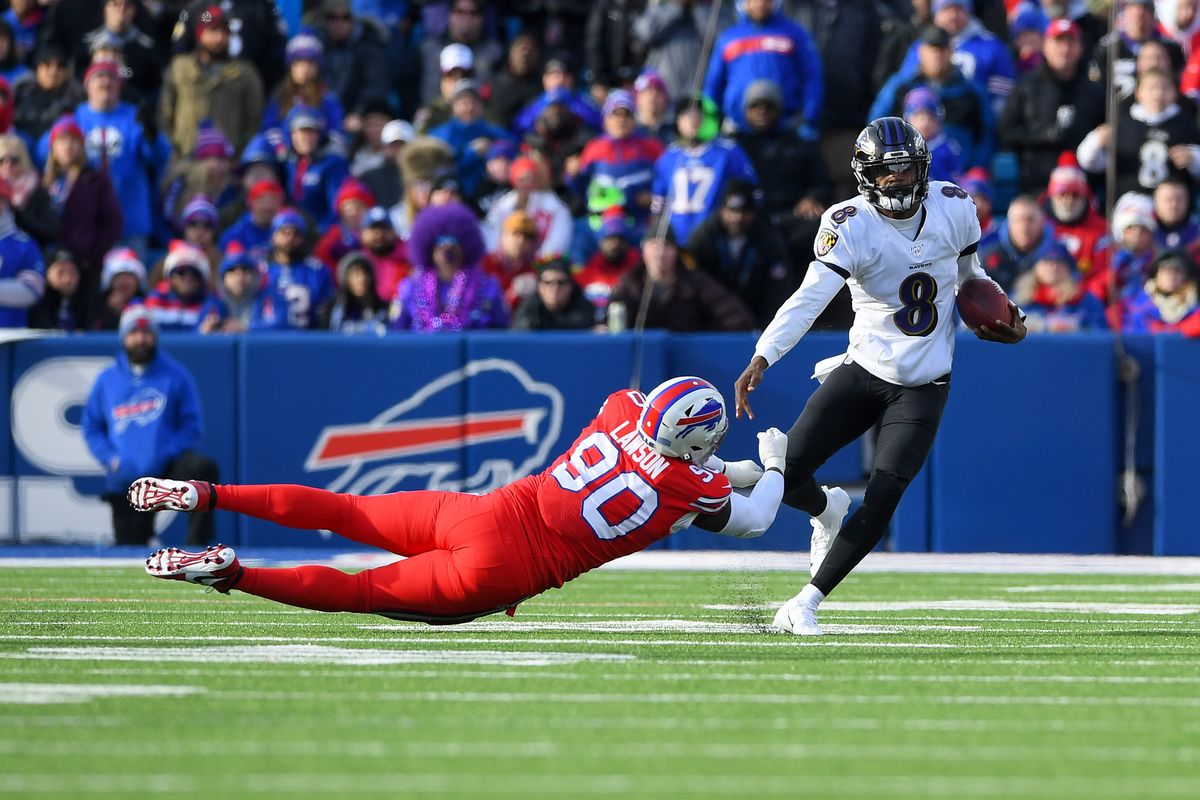 Ian Eagle and Dan Fouts manned the CBS broadcast booth in Buffalo this past Sunday, calling the built-up Bills-Raves matchup. Both teams are having good years and both have their sights on the post season.

The focus of the attention were the two sophomore quarterbacks, the Bills’ Josh Allen and the Ravens phenom, MVP candidate Lamar Jackson. Allen is working under a new offensive scheme and things are clicking for him.

With these two young touted QBs on the big stage, I was looking forward to the insightful commentary of Hall of Famer Fouts who spent 15 seasons with the Chargers. Eagle has partnered with Fouts for years, their chemistry is good so I expected nothing but the best from these two voices.  While the duo did fine, they fell somewhat short of my expectation.

Fouts did a nice job explaining why Allen misses a couple deep balls to open receivers and how the Buffalo QB quickly makes mends. Against windy conditions which was the case in Buffalo, Fouts spoke from his rich personal experience. He said that balls have to be thrown on a line rather than on an arc.

Dan also said that Lamar Jackson is not just speedy he’s an elusive runner and a powerful one too who can run right through defenders. He was right. As the game progressed Jackson stiff armed a D-Lineman to the ground.

Fouts didn’t let the audience know what to expect on any given play, something that’s been a Tony Romo specialty.

There was little breaking down of plays that just occurred, with the only real instance coming on the Ravens touchdown to begin the second half, where Fouts explains that Buffalo’s safety Micah Hyde’s split-second indecision of which tight-end to cover led Hayden Hurst to be wide-open for a long score.

One pertinent story was shared about Lamar Jackson and Bills running back Devin Singletary. They both  grew up in South Florida and played against each other multiple times in youth football. They talked about their last matchup there when Singletary scored a touchdown on Jackson, who was playing on both sides of the ball. All Jackson did immediately thereafter was lead his team down the field for a touchdown on the very next series.

There were a couple unusual developments on the field that Eagle and Fouts did a nice job captioning:

The Bills Tre’Davious White picked up a piece of paper flying onto the field from the sidelines and started to read it to get some scouting intel on the Ravens. He did so until the refs took the paper away from him.

The other was when Ravens Safety Chuck Clark stood behind Josh Allen on a first and goal where the Ravens defense weren’t set and probably would have resulted in a touchdown. It was an awkward look and even Fouts said he had never seen that before. Fouts pointed out how it actually was a smart play by Clark to get a one-yard penalty (half the distance) instead of giving up a touchdown.

Eagle and Fouts did present quality data and information, e.g. Buffalo uses a three wide receiver set more than anyone else in the league.

Fouts rarely talked about coaching decisions except when the Bills had the ball at the one-yard line and he said Allen should just run a QB sneak up the middle. They didn’t. They had Frank Gore run wide and it resulted in a loss of yards.

The other time was when a Bills touchdown cut their deficit to nine. The Bills decided to go for two and Dan didn’t agree with the decision. Fouts believed it was too early to go for two and the Bills should have waited until they possibly scored another touchdown. It was a moot point because the Bills converted on the try making it a seven-point game. Eagle disagreed with the decision too.

Ian Eagle probably talked more than any other play-by-play broadcaster I have watched and sometimes it would have been nice if he just set up Fouts and let him do the talking. One time, Eagle, who’s invariably right on top of things, started rambling off sets of stats about Buffalo’s failure the last few decades. The numbers had no graphic support. Viewers I’m sure had difficulties digesting so much data in one gulp.

There are two ways to evaluate the duo. For the everyday fan, these guys delivered an A-. For a guy like me who’s a hardcore fan, seasoned, and wants to learn something new, they get a B. I didn’t pick much up. Then again, in their defense, particularly Fouts’ I’m likely in the minority. Getting too technical can go over many people’s heads.

I didn’t get the breakdown of the two QB’s I was hoping for from Fouts and he never really flexed his football knowledge by letting the audience know what play is coming or what play teams would run.

Fouts and Eagle did do a good job sharing some humor and I really enjoyed the one story they shared about Jackson and Singletary.

Mr. Seitz did a nice job! I think Eagle makes the mistake of thinking that listeners can absorb that many numbers. If it’s for a statcast, maybe. But Marty Glickman preached about being careful of that. I will say, though, that many play-by-play broadcasters could do more on the telecasts. Too many analysts–Fouts isn’t guilty of this–think they’re John Madden.