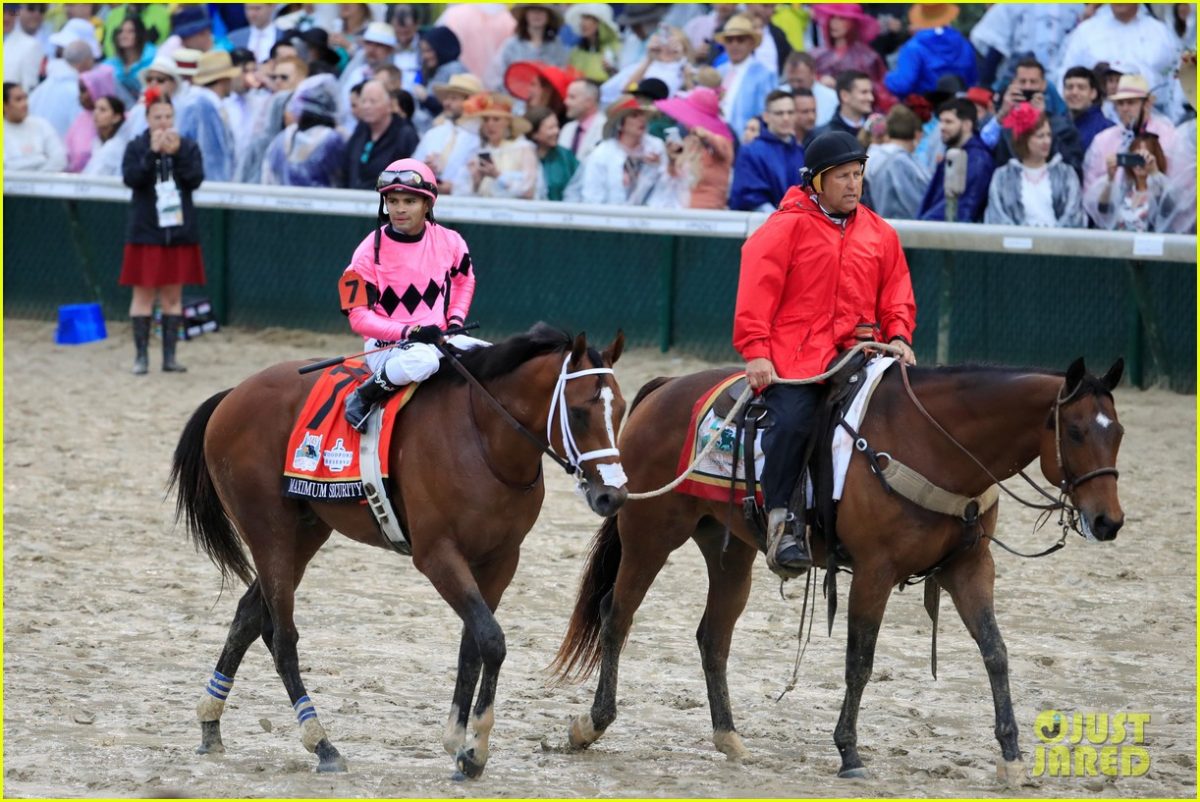 Rider Luis Saez - on Maximum Security - which was disqualified at Derby

It’s been an amazing stretch, one that might take forever to equal.

In what now feels like a heartbeat, the sports world, in less than a month, was fascinated by stirring accomplishments, an ignominious loss and gripping emotions. The broadcasters who covered these events added their stamps.

On April 8th, Virginia did something that hadn’t been done in NCAA Tournament history. A year earlier, it was the first ever #1 seed to lose to a #16 seed, University of Maryland, Baltimore County. The deflating defeat stuck to the Cavs’ collective ribs. The ugly memory served as motivation, one that carried Virginia through a worst to first, uplifting NCAA run. The remarkable achievement was capped in the title game, a win over Texas Tech.

On television, Jim Nantz threaded human interest stories into his play-by-play call, talking about coach Tony Bennett and his relationship with dad Dick, a former coach at Wisconsin. Nantz talked about Tony Dungy and how the Super Bowl winning coach had reached out to the younger Bennett after last year’s debacle. Dungy encouraged him to push hard, suggesting that the bitter loss was a gift. A year later, it all came together for Virginia.

On the victorious podium, Nantz interviewed Bennett who was humble but not shy. He told Nantz that in celebration he’d like to play Augusta with his dad, asking Jim to help get them on the course. Nantz was bailed so to speak. Weeks later it was announced that a Virginia benefactor got the Bennetts a date on the hallowed course.

On April 14th, Tiger Woods won his first Masters in 14 years and his first major in 11 years. His determination hadn’t wilted, despite marital problems and other personal issues. Winning a heartwarming championship at the Masters after years of crawling through darkness transcended sports. Again, Nantz, presiding over the CBS microphone, called the rise, “a return to glory.” In Butler Cabin afterward, Nantz’ voice almost cracked as he interviewed Woods who now has five green jackets.

On April 16th, the Tampa Bay Lightning, went down like sheep, unceremoniously swept by the upstart Columbus Blue Jackets. The Lightning were the Virginia of 2018, on steroids. Winners of the Atlantic Division, the club finished with a league best 62-16-4 regular season record. They were the number one seed in the Eastern Conference and considered a prohibitive favorite to win the Cup. The Jackets were the eighth seed.

After losing the first two games of the series, Tampa coach Jon Cooper said, “We’ll now see what we’re made of.” They were made of chopped liver. For the team’s fans it wound up a quick death in inexplicable lightning speed. I asked longtime NHL broadcaster Chuck Kaiton what happened. He thought it was the fact that the club sailed through a glorious regular season without facing much adversity.

As NBC’s John Forslund summed it up when the teams were in the traditional handshake line after the stunning sweep, “Questions all over the map, as the cannon blasts away at Nationwide Arena here in Columbus.” Forslund is a seasoned NHL broadcaster and viewers sensed from the timbre of his voice that the Lightning Nation was stung and crestfallen.

On May 3d, a record tying quadruple overtime NBA playoff game between Portland and Denver. The teams came into the Moda Center, the series tied at one. Dave Pasch and Doris Burke were on the ESPN call and were workmanlike. Pasch is a talented announcer who didn’t have sufficient NBA reps to give what developed the treatment it deserved. As overtime persisted, he deservedly heaped his admiration on members of both teams for the indefatigable number of minutes they played. But drawing an historic equivalent to a 1953 four-overtime playoff game needed a major postscript, which Pasch failed to do. The 1952-53 season was the NBA’s last before the shot clock or you might say the NBA’s modern era. Before the game could die of exhaustion in a fifth overtime, the Blazers held on for the win.

As the 24-hour clock ticked away inexorably it was almost 2 in the morning back east. It was then that Pasch captured a light footnote about the draining marathon, adding in a chuckling tone something like, “Scott Van Pelt, will be back with you in the studio when this finally ends.” I’m not sure whether Scott did or didn’t. I went to sleep.

On May 4th, The Kentucky Derby transcends sports. It’s what Bob Costas calls “a pageantry that’s a slice of Americana,” the fashion, the heritage and the celebrities. The 145th running of this year’s Kentucky Derby was riveting television when, after the race, there was a hair-raising deliberation by the stewards.

Maximum Security crossed the line first but an objection was lodged by the rider of the horse that finished second, Country House. He maintained that Maximum Security interfered with a third horse during the run. If the stewards held up the objection, Country House would be declared the winner. On and on it went. Host Mike Tirico, Costas’ successor at NBC, was self-assured, prepared and held viewers’ hands through the spine-tingling period when the stewards reviewed the replay-video microscopically. NBC recognizing the historic significance, didn’t once go to commercial until the ruling was made and Country House declared the winner. It marked the first time that a horse in the crowded Derby field was disqualified for interference.

There you have it, April 8th to May 4th, 2019. Historians will have a difficult time finding equivalent short stretches of sports excitement.