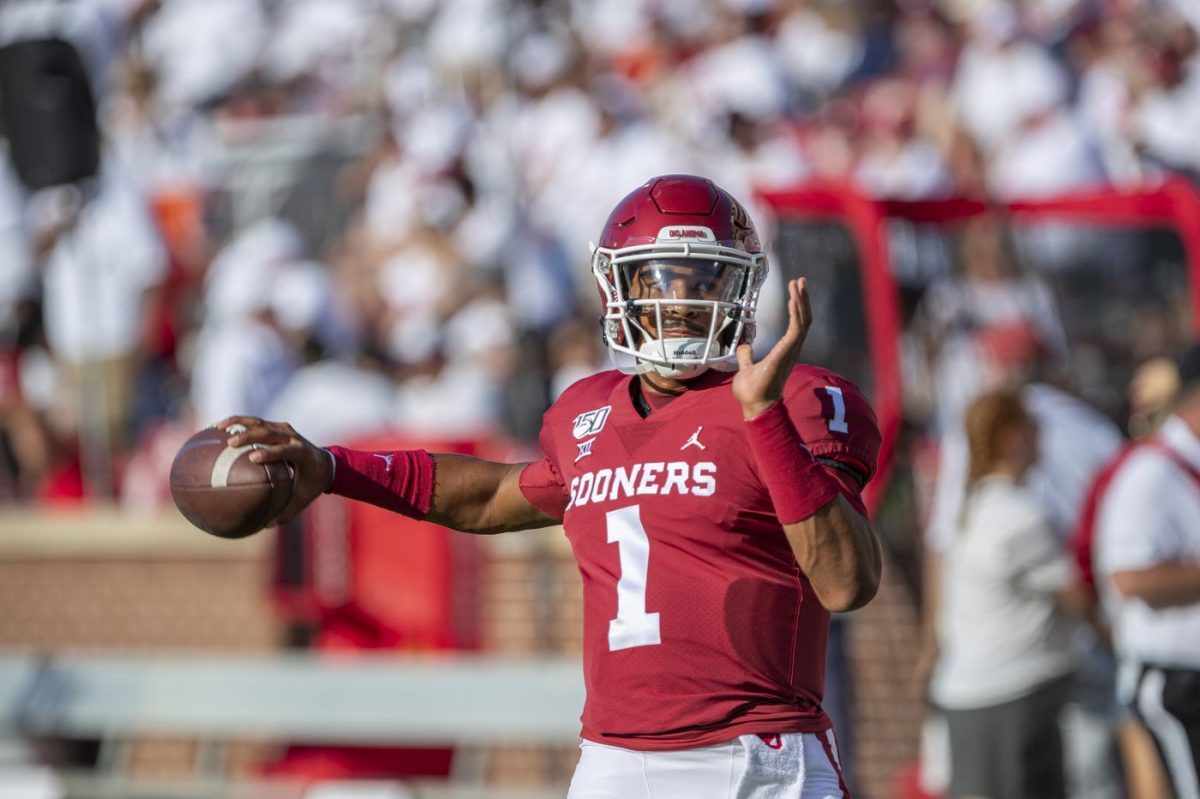 Opinions are free and the national talk show hosts weighed in yesterday on the draft.

Bayless believes that the Philadelphia Eagles ‘set themselves back,’ by adding a quarterback in the draft, in Oklahoma’s Jalen Hurts. Skip feels that the Birds should have addressed other holes with their 53rd pick. Bayless doesn’t see how Hurts will ever earn prominence in Philadelphia with Carson Wentz, the team’s 2016 draftee, in saddle.

Hurts will be subjected to a ‘slash or gadget role’ and be the ‘Taysom Hill’ of Philly, a utility player. Skip wonders if the Eagles drafted Hurts because they don’t trust starter Carson Wentz as a performer and as a durable QB. Bayless insists that Hurts has playmaking skills and leadership qualities to start in the NFL. He says that Hurts has what’s necessary to carry a team into the playoffs. The ex-Sooner “played in as many big games as almost any QB to come out of college football,” and finished with an impressive collegiate record of 38-4 (between his time at Alabama and Oklahoma).

The Eagles took a WR in Jalen Reagor of TCU in the first round and an athletic linebacker Davion Taylor in the third.

Skip added that Hurts should have landed somewhere like Jacksonville, where he would have had a shot to be a starting QB in a year or two.