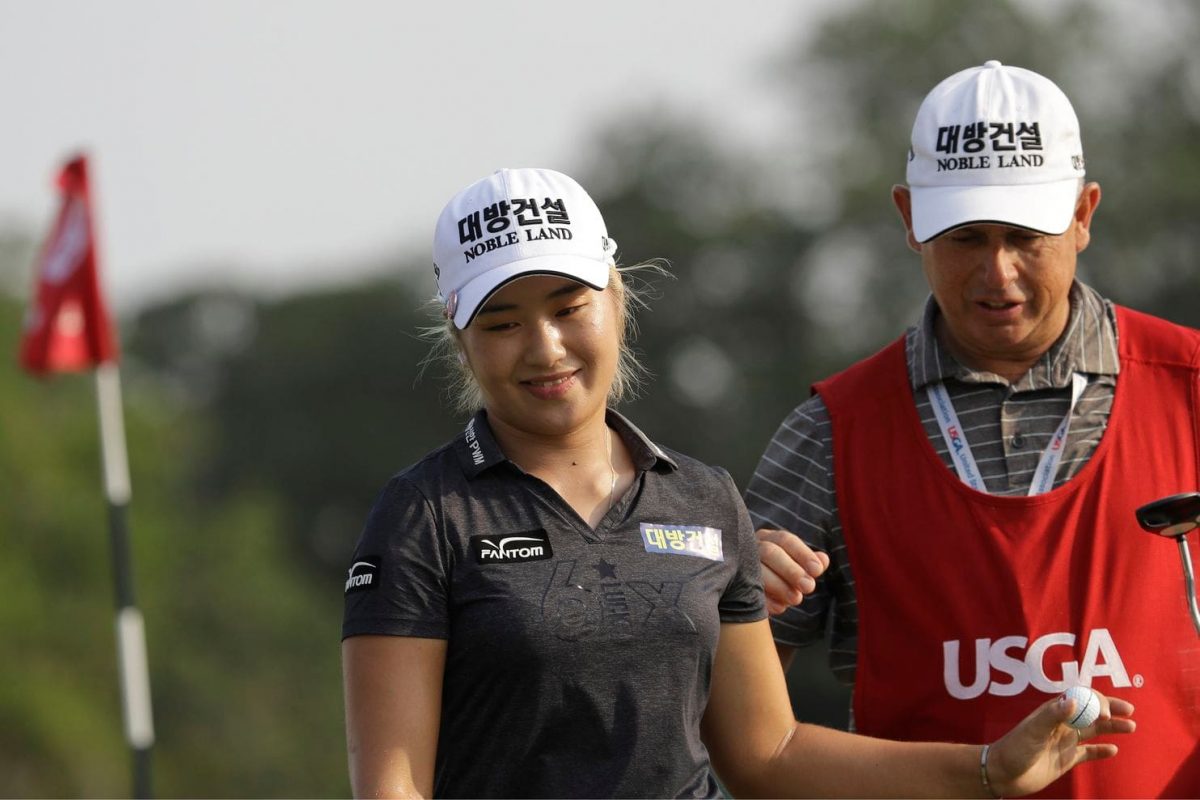 Call me a fool, but I’m a sucker for any U.S. Open, be it tennis or golf, men or women. With so much on the line with every shot, you find out who has the nerves and the skill to be the best. Over the weekend, Fox broadcast all four rounds of the Women’s golf U.S. Open with mixed results. Here are a few observations.

It would be difficult to identify a dozen big-name broadcasters as talented as these gentlemen who’ve done one event through the years. If there’s one that some of the greatest network broadcasters in history have covered, it’s the biggest one on the golf tour, The Masters. These are glittering names.

At the risk of sounding as gratuitous as the Fox announcer, great stuff, Rich! Technical point: Lundquist holds the TV record for The Masters. Remember that John Derr covered the tournament for more than 60 years first for print, then for radio, then for TV, and finally for The Masters itself. And of course that doesn’t mention the “golf people” like Ben Wright and, especially, Henry Longhurst. But the whole thing reminded me that while the ex-golfers are certainly a literate group, we miss the great style of, say, the old CBS telecasts with Scully, Whitaker, Wright, and Summerall, and… Read more »