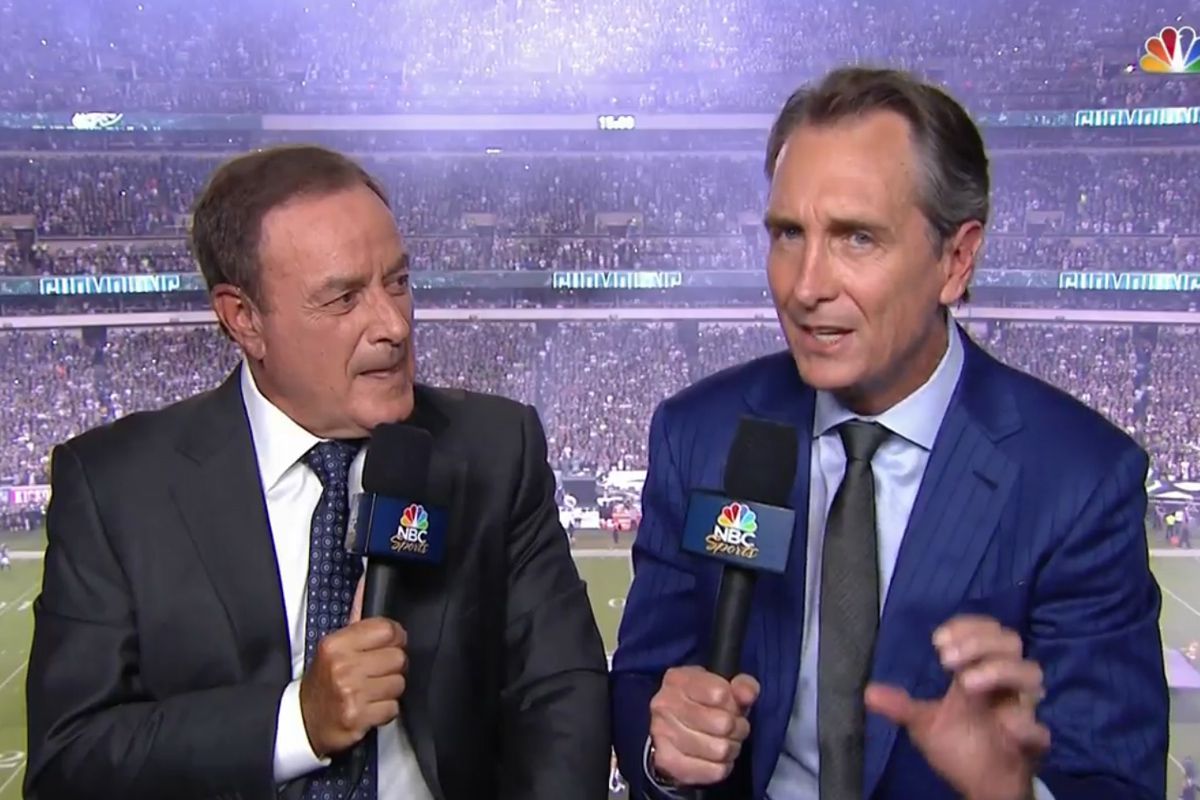 It appears that Joe Buck is the man. He’ll preside over ESPN’s NFL’s Monday Night Football calling the play-by-play. He first stepped into the network space at Fox in 1994. Between 1996 and 2021, Joe called 24 World Series. He also leaves the network with six Super Bowls on his resume.

The deal with ESPN must have been enticing to leave. Two of the next three bowls are on Fox and he’ll forego them. Now Joe will have to wait until 2027 for his next Big Game.

Red-carpet and more awaiting at ESPN, private planes too for top-gun announcers like Aikman and Joe. Father Jack Buck is delighted for son Joe who at age 52 will get about $15.5 million a season. Will there be an MLB assignments? Don’t know. What we do know is that he’ll get about $5 million more than he made at Fox. From the many numbers thrown around, it seems like Aikman will double his salary or more to the $18 million neighborhood. After years when Bristol management vigorously rejected private jets for men with mics, I am sure that at those numbers, the new agreement will include white-glove treatment.

These past few years have produced the most outlandish salaries imaginable for network TV play-by-players. Joe is now the highest play-by-player and Aikman the highest paid analyst – ever! When ESPN busts open its jackpot, it does it wit a splash. Since 1979 when ESPN held off its near creditors, its also held its talent demands in financial check. Most of the world humans won’t make these amounts in in a lifetime.

This past stretch of time has produced enormous money for announcers as employers continue to throw out glowing cash like a dollar that was going worthless. The disparity in salaries between the top and bottom is eye-popping. The announcing oligarchs are in a warm and comfy booth and the sideline reporters are freezing outside on a bone chilling day. One makes $700,000 a single broadcast and the other maybe $5,000.

Are things changing at Fox?

Fox was generous to its talent when it first went on-air in the 1990s. Australian Rupert Murdoch and company shocked the industry picking off CBS’ NFC package. It put Fox on the map with CBS, NBC and ABC. David Hill and the network offered handsome contacts that glowed with green. It was followed by baseball, college football and basketball. The NHL was a trial that failed.

As for sports, all was good until Fox started selling chunks of its business units, in essence downsizing revenue. The first opportunity that Fox had to save some coins elsewhere was to hit payroll, not acquiescing to requests for large salary increases. Saving some $10 million in salaries a year is like adding the revenue of two additional commercial Super Bowl units.

And then there’s the old question, do viewers really put games on because of a specific announcer? Many watch without listening. Jack Buck who died about twenty years ago, never made big salaries. In Joe Buck’s gripping auto-biography, Lucky Bastard, he talks about how his dad’s finances.

Jack married twice and Joe was born out of wedlock. The two grew very tight. For whatever reason, and Joe himself doesn’t understand why, Jack would occasionally turn over a scrap of paper and add a list of figures. By today’s standards, Jack really didn’t have riches. Although he worked like a dog, dad never made big dollars. Lots of kids, private schools and tuitions. Maybe that was Jack’s lesson to Joe. Now, with one signature he’s guaranteed over $50 million. God bless Jack and Joe, two good people. 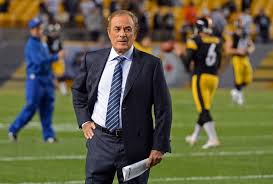 On the Super Bowl telecast last month at 77, Al Michaels sounded fresh and sharp. His voice was in fine fettle. He showed no sign of decline. It’s why he is still viewed as the NFL’s best ever TV voice, 36 years in the primetime chair and still standing irrepressibly. For Fox to find a successor for Joe, not entirely replace him in the true meaning of the word replace, demonstrates a blatant disregard that will more than just waft across the country. Put anyone on the top game and fans will scratch their heads.

If the Foxies won’t nail down Michaels, it would be an act of capitulation and questions will be asked. Is Fox committed?. Without dollars, Eric Shanks, an accomplished executive, will be fighting the Russians with brooms. So I can imagine Seth Winter, Fox Sports’ sales head, walking into a media agency spending hundreds of millions of dollars. When talking about the network’s new Super Bowl voice and mentioning one of these names, Adim Amin, Joe Davis or Kevin Burkhardt, the question will receive a puckered forehead.

Is Fox the first of the networks to put an internal ceiling on what it will pay its top talent. The bean-counters at Disney and CBS are apparently sanguine about the financial future. Will other networks make retrenchments? These recent volatile developments expose the disparity between the rich and the poor, striking it big or working paycheck to paycheck. Most importantly, it shows that nothing’s guaranteed. It might be a minimum wage and a bus ticket home or $15 million a year and a private plane. We’re living in an unpredictable world.

Will the NFL look askance if its jeweled name, Michaels, is left off the league’s major network TV roster? Michaels is as much affiliated with the NFL as he is with the network that pays him. Amin and Burkhardt are diversified. They’ll also get even better. But that trick was tried already. NBC hired Mike Tirico. Al’s still got it.

If Michaels reminds you of the NFL, Bob Costas’ name is interchangeable with baseball. With Joe Buck gone, an MLB seat opens at Fox. Costas is a walking historian of the game. He’s an unabashed rooter of baseball. He’s been following the game for 60 years. There’s an irrepressible passion to his timbre. Bob has an emotional love of the game that’s palpable and contagious. Let’s do it.

Chasing neither Costas nor Michaels doesn’t reflect well on Fox’ commitment to sports.

I would hope that there would be no bias against Bob because he does commentary for CNN. Weren’t we taught about the separation of church and state?

Joe Buck also said that on his deathbed, Jack essentially said to him, don’t let what happened to me happen to you. And he’s been less inclined to take every gig, which his father sure did.

I think ESPN is being ridiculous, not because I don’t respect Buck and Aikman or think they aren’t good (I do and they are), but ARE they going to attract viewers? Frankly, I suspect that could be said of just about everyone on MNF since Cosell?

And I’m with you. In fact, I think Michaels should want to do baseball on Fox, too.

So Fox has saved about $14 million by not over paying to keep Aikman and Buck (this is the increase both are getting from espn). Not sure what Al Michaels was paid at NBC, but, if Buck’s old salary of $10 million per year for 4 yrs. will be good for Al, then Fox should sign him immediately! Michaels will get to call two more Super Bowls and truly go out his way, not NBC’s way. Plus, here is a big time bonus for Fox it gets with Michaels – talking point spreads which Al likes to do and Fox… Read more »