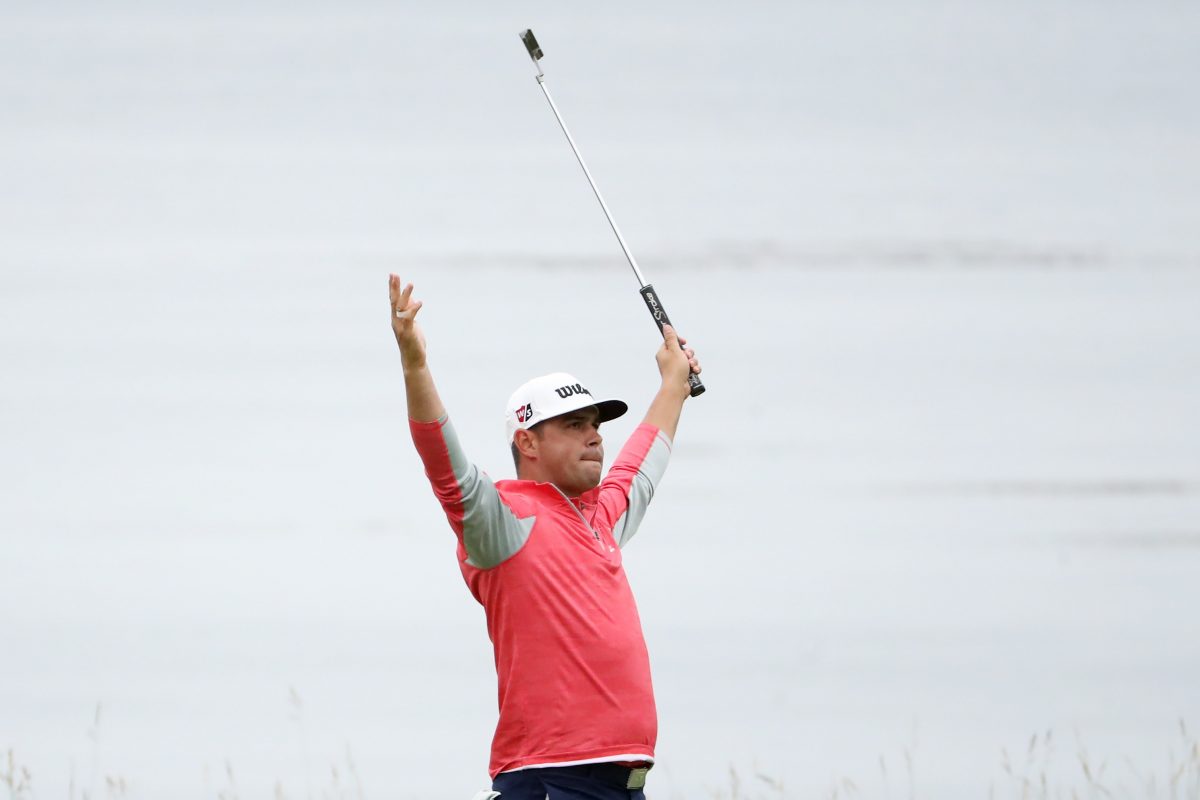 The 119th U. S. Open is in the books and the grades are in for Fox’s coverage.  Now in its fifth year covering the national championship, production is certainly better in some aspects. It’ll be graded separately below.

One major advantage that Fox had with the championship was the palette itself, iconic Pebble Beach.  Even very casual golf fans can remember some of the breathtaking holes along the seashore such as #7 and #18. We’re treated to them every year during the AT&T in February. Huge advantage for Fox is, as such, just that; the visuals are so mesmerizing that they keep you somewhat glued. It also doesn’t hurt Fox that two thirds of the country is watching live golf during primetime.  It’s the little things in life. Right?

Overall – B+  Fox has improved its golf coverage significantly since covering the Open in 2015.  Its comfort level strikes me has swelled tenfold.  It’s tough when you’re limited to just one professional men’s event per year because the on-air cast is unfamiliar to most.  True, Joe Buck is one of the most accomplished broadcasters of our time but in golf parlance, he’s still somewhat of a high handicapper. But to his credit, he doesn’t try to force it. Granting a B+ is a big improvement for this crew and it’ll be interesting to see what steps are taken next year in the 120th edition at Winged Foot.

Appointing him Fox’ lead host, just doesn’t work for me.  I’ve grown to really like Buck’s work in baseball and football but when he does golf it just really seems out of his element.  Joe tries but it just seems too scripted and programmed. He lacks the depth of understanding he has for the other sports he covers. For instance, when Buck suggested that winner Gary Woodland’s win was going to be very popular among tour players, tells us why.

Great idea to invite friend and Pebble Beach resident Jim Nantz into the booth on Saturday but it did sort of feel like it backfired. Nantz is golf’s preeminent announcer, anchoring at rival CBS. Jim stole the show as he briefly called some action and reminisced about the legendary designer Samuel Morse. It just served to prove that Buck pales to the game’s best, Nantz. That said, Buck is a solid, confident and accomplished play-by-player who invited Vin Scully to join him on Fox’ World Series coverage. Vin didn’t accept, yet it demonstrated that Joe is comfortable and confident behind the microphone.

Azinger, who going forward will also serve as an analyst for NBC, gets an A- for his U. S. Open work. At the peacock, he’ll succeed the retired Johnny Miller.

Paul is precisely what you want in the analyst role and my feeling is his stock will really soar when he gets to NBC whose production is more polished and experienced.  Azinger was spot-on over the course of the four days of coverage.  For example, he made an early call on Justin Rose’s back nine fade from contention when suggesting that Rose had been short on several approaches and that he couldn’t keep relying on making 5-10 footers to stay in it.  Of course, he missed the next 4-footer which would have kept him tight to the eventual winner Gary Woodland.  My only negative with Azinger is that I’d like to hear more of why a bad shot was executed and not just that it was terrible.  He can be surly for sure but in the end I like it.

The two-time US Open Champion, (’88 and ’89), did a fine job. In particular, he got us in the mindset of Woodland  and Brooks Koepka when the riveting final 9 was on.  He was able to quickly hustle and get in position to give the audience a descriptive understanding of certain lies the players faced in thick rough or bunker shots that were demanding.

Joel Klatt – Interviews off Course- A

Star Alert.  To me, this guy stole the show, the Fox college football analyst who is a sidekick to Gus Johnson in the fall. He was outstanding covering the links.  Here’s the thing.  Klatt knows golf. A scratch golfer but more importantly he comes across – for someone we never see on golf regularly -as someone who follows the tour closely. Very disarming, yet straightforward in the post round interview chair. Klatt is a guy we should see on golf for a long time.  Excellent interview with Brooks Koepka, both after rounds 3 & 4.  If I’m Fox, I’m situating him into the 18th tower and soon! He’s too good.

This combined two elements.  A for visuals, which is isn’t terribly difficult at Pebble. Yet where Fox shined was giving viewers drone shots of Pebble Beach, something viewers have never seen. For example, the shots from Monterey Bay inward were breathtaking, as was the shot from a drone in back of 11 tee.

And props on the multiple angles of Woodland’s final birdie putt, including drone views.  Awesome!  I’ve played there and it gives me new appreciation for the topography of the land.  In addition, Fox did an outstanding job of keeping the graphics to a minimum.  Way better than previous years.  Use when needed and they did that perfectly.

The other side of the production grade?  The production and direction for on-air talent is a C.  One of Fox’ issues is scale.  It just doesn’t have the reps that networks such as CBS and NBC do. The older two networks are well established golf television brands. Fox, at this point, is still building a stable of talent. America is just not accustomed to the names on Fox and there they are on a major championship.

Golfing die-hards know Curtis Strange and Brad Faxon.  But outside of Strange, I had no idea who was covering the leading groups because there was never a graphic identifying them!  I get the sense that Fox needs to put its analyst in towers on the back nine, much like CBS does with The Masters and its other golf events.

It invites viewers into their homes and requires those assigned to take ownership for the hole they’re working.  It also fosters a connection between the hole and the broadcaster. Golf fans would know who to expect where. It’s a comfort that’s missing.  In lieu of that, put a graphic up….please…. as to who’s talking.  Secondly, the Fox crew has to limit the incessant chatter, particularly over one other.  Furthermore, as the lead was down to one late, it was inherent on someone, anyone, to tell the audience what would happen in the case of a tie.  It’s a two hole tiebreaker in case you’re wondering.  This was a change from years past when a tie in the U.S. Open led to a Monday playoff.

Fox says that its telecast of the final round was the top-rated event of the weekend. Given the West Coast venue, the telecast, unlike others in the past extended into primetime. Yesterday’s completing round did a 5.2 in metered markets and a 12 share. Ratings peaked from 9 to 9:15 with a 6.9 rating. Sunday’s broadcast went from 2 to 9:45pm eastern.

I don’t believe we were watching the same coverage this year because Fox clearly outpaced CBS coverage of the Pebble Beach venue. We saw Pebble like it has never been covered before, complete with drones, blimp, and strategic camera angles never before used since the days of the Crosby on ABC in the 60s, all the way through CBS’s milquetoast coverage this year. Establishing wider shots including the beauty, then moving in to the players, gave an awesome perspective to the property never seen before. Actually, I thought the Nantz presence was terrific and meshed well with the coverage. True,… Read more »