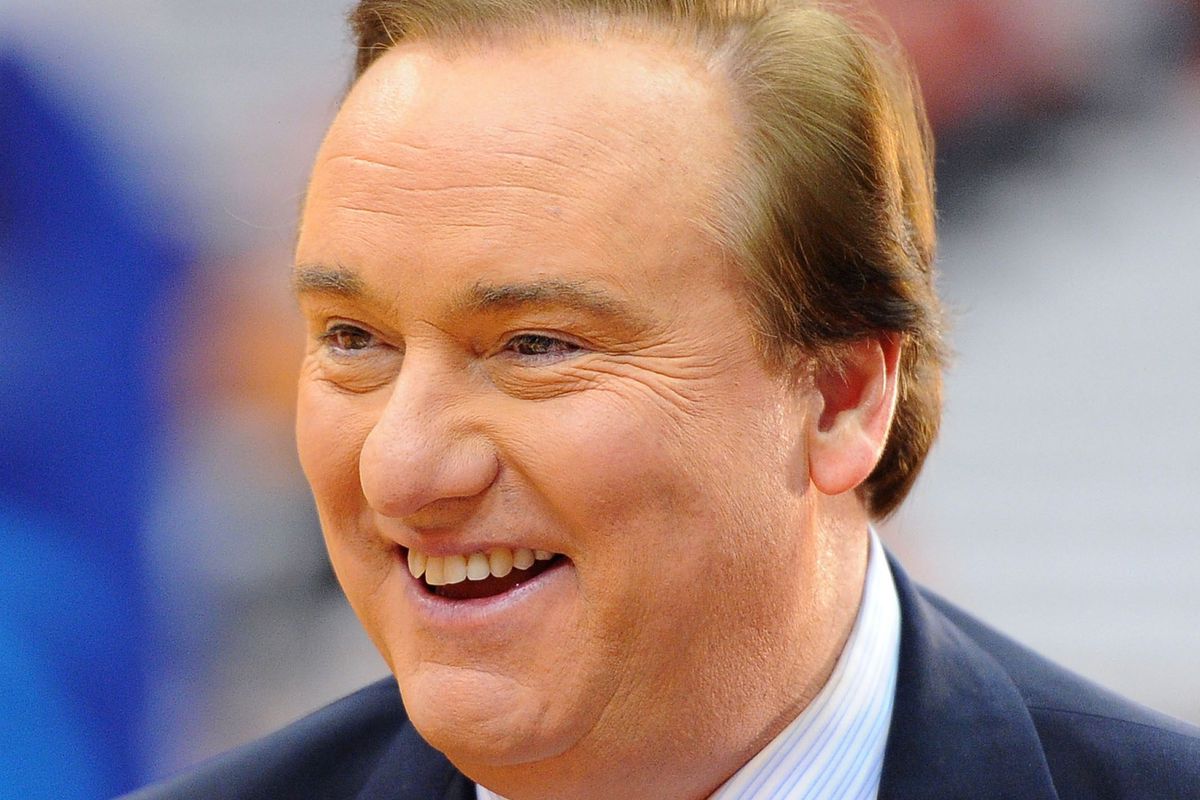 We had an opportunity to talk with the esteemed broadcast veteran Tim Brando about the state of college football; specifically how changes to the game have altered telecasts. We covered the power programs, the playoffs and more.

Football fans are familiar with Brando whose voice is pleasantly distinct – in what is otherwise – an on-air world of the indistinguishable. On a given Saturday, it’s often impossible to know one play-by-player from the other. Tim’s timbre is immediately identifiable.

Tim, who’s based in Shreveport, Louisiana, has worked for years in the studio and in the stadium booth. He’s equally as comfortable in both and is a fan favorite. Through the years, he’s been a top-name at ESPN and CBS. He’s now with Fox where he enjoys prominence during the collegiate season. For years, Brando also hosted a national talk radio show.

He has done baseball, football and college and pro basketball. Brando’s a disciple of the late Curt Gowdy who advised and encouraged him through his early career.

You’ve been covering college football for decades whether it’s been for ESPN, CBS, or Fox. Over your long tenure, what has changed most about the game? Is it a higher octane offense or a change in overtime rules? And has it caused you to change your broadcasting style?

First, college football’s history is important to the fan and to me. I frequently inject the game’s legacy into our broadcasts.

But changes on the field continues to affect the entire broadcast. For example, in the days of consistent huddles, teams went to the line of scrimmage with about ten seconds on the play clock. It left enough runway for replay and for the analyst to elaborate. It also gave me a bit more time to weave in an anecdote and a piece of pertinent history.

Now, with the hurry-up and the no-huddle, teams are at the line of scrimmage with virtually twenty seconds left on the play clock and there’s no predictable pattern as to when they’ll snap the ball.

It challenges our producer; run a replay or stick with the live action. We often have to sacrifice reviewing what just happened and focus on what’s next. Our tone and delivery are nuanced.

This season has similar storylines as the past couple of years. Alabama and Clemson are leading the charge. How do you assess these favorites as they head into the season?

It’s to their credit that they’ve dominated college football. It is time for other teams to meet the standards set by Alabama and Clemson.

The sad part is that college football actually has a lot more parody than many realize. But the structure of the playoff format gives the blue blood programs an incredible advantage to make the four-team playoff. It is not coincidental that these two teams come from two conferences that play eight conference games. Other conferences, Big Ten, Big 12, Pac 12, play nine. It is a problem. But it is time for other programs to step up, if you want to be the best, you have to beat the best.

The biggest debate is the efficiency of the college football playoff. Do you believe it should be expanded? How do you asses the selection process as a whole and the job done thus far in picking the four to compete for the title?

I think it has been a colossal failure. We were told that it would be governed by an unimpeachable blue ribbon panel representing diverse backgrounds, more than just insiders. I am not questioning the integrity of those on the committee; I am though severely questioning its narrow representation. I see the same administrators, old coaches that represent those five big conferences.

They see the game the same way, through the same prism and so that is a strike in favor for the big powerhouse teams that have the best athletes.

In many respects the BCS, as much as I hated it, had an infrastructure, a broader measuring stick, spanning a range of determinants from computer polls to strength of schedule. It allowed a Boise state to actually get in. Now a team like Boise State or UCF, can go undefeated and it won’t matter. They aren’t going getting in.

Teams like that don’t get past number eight, and it is wrong. Going from two to four was supposed to allow for better access, and it’s done none of it.

Unless five power conference commissioners develop a set of uniform rules, an equal number of conference games, restrictions and guidelines on nonconference schedule,s then there is no other alternative than to expand.

If you are not going to agree on any of that, then you have to expand.

You’ve got to allow for teams west of the Red River to have a chance. If you don’t, you have the same three or four teams every single year, turning college football into a regional sport all over again. Now six years in, it is so predictable. Why would anyone that is not hard core, care to watch the regular season? We are not growing the game nationally.

Are there any teams you feel that are being counted out right now, yet could potentially turn heads come late October or November?

I’ll begin in the Big 12, which I think is the conference in the Power 5 that has made the greatest strides recently.

Matt Campbell at Iowa State is returning a team that could challenge either Oklahoma or Texas this year. Mark it down. Iowa State will win one of those games. There are two other teams in the Big 12 that I really like a lot. The turnaround at Baylor under Charlie Brewer has been amazing. Gary Patterson’s TCU team is a team to keep an eye on.

He is one of those coaches, who has his team come back with a vengeance after a challenging year.

In the Big 10, I think Nebraska will make a major splash. Adrian Martinez is just incredible. Scott Frost is a transformational coach, he could be the Nick Saban of this generation. I have them finishing in the top ten at the end of the season.

Out west, Oregon, if it can keep Justin Herbert healthy, has a top five recruiting class and a staunch offensive line. But keeping Herbert healthy has been a problem. Utah is always a team to keep an eye on, with incredible defense but questions at quarterback. They are very similar to Penn State in my mind which too has an incredible defense questions at quarterback, now that Trace McSorely isin the NFL

Two other teams out west I should mention are UCLA in Chip Kelly’s second year. The Bruins will make a bowl game and Arizona State, with Herm Edwards, has a lot of positive buzz.

Are there any games that you have been assigned already that you are looking forward to?

Spencer Tillman and I open with Tulsa at Michigan State Friday the 30th on FS1. Week two we get Buffalo at Penn State in prime time on Fox, and week three we get Arizona State at Michigan State on main Fox in the afternoon.

I get to see Michigan State, a team that is always overlooked in the Big Ten, very much like the Penn State and Utah stories. if the Wolverines can get good quarterback play, watch out for them. Their defense is great. We are in East Lansing week three when Arizona State comes in.

And then in week four, we are not sure where we will be. It might be in Fort Worth. In week five, we will again be working on Friday night and I will be interested to see what Coach Mike Locksley does at Maryland. They’ll have Penn State at home on the 27th and that has a chance to be a really good game. We have two Friday night games within the first five weeks. Still, most of the games we will do is mid-afternoon or primetime Fox.

No doubt it has to expand