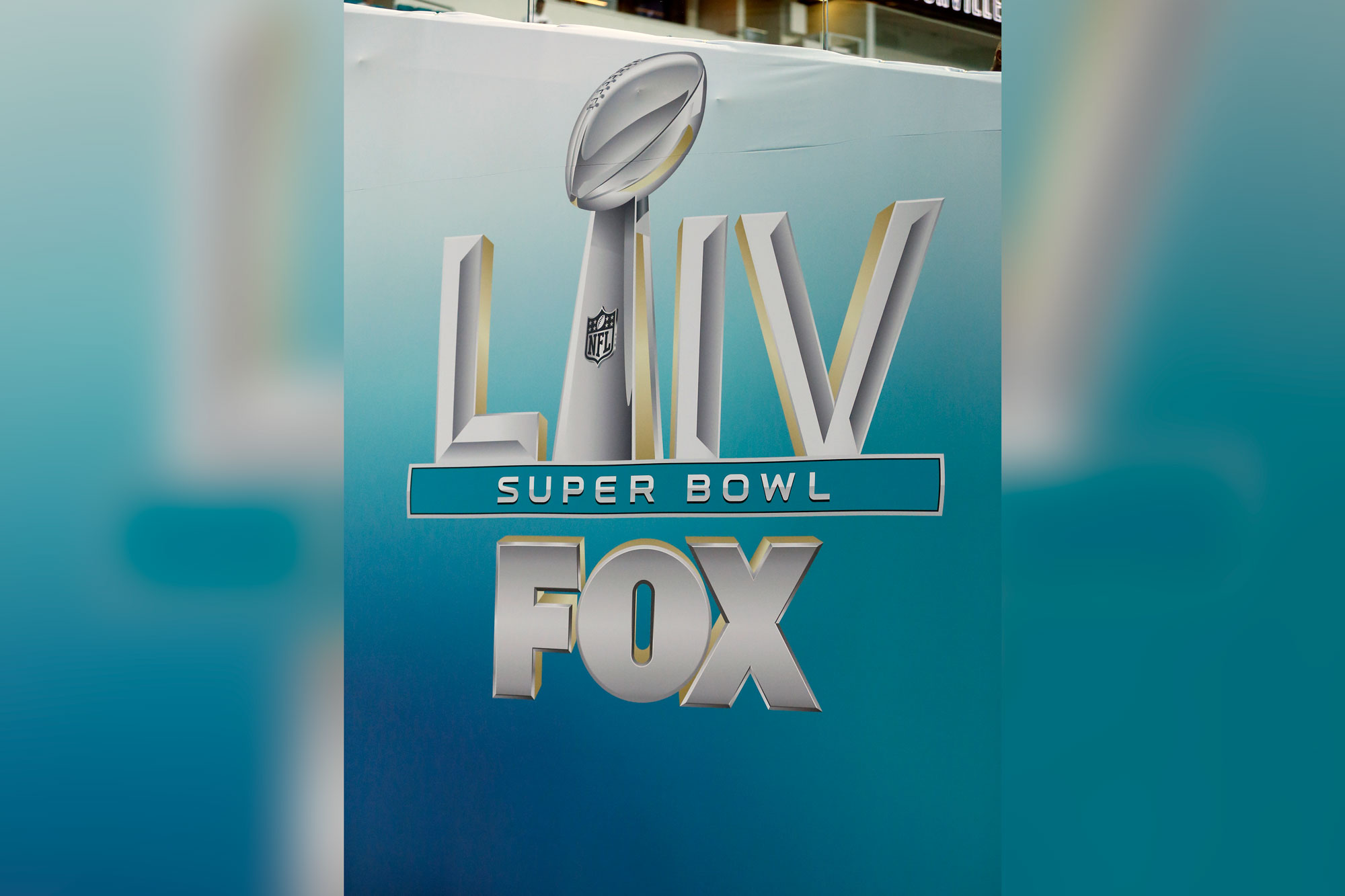 He’s a man behind the scenes whom you wouldn’t identify in a crowd. In Southern California, where he’s based and lives, Brad Zager fights traffic on the I-405 like anyone else.

But this February 2nd he’s not just anyone behind the scenes. Fox Sports will produce the Super Bowl telecast under his watch, delivering the sights, sounds, pomp and pageantry, not to mention the game, to an eager and festive nation. For a few hours at least, a divided nation forgets its differences, other than those manifested by individual rooting interests.

Brad traces his roots through Michigan, where his early love for baseball was filled by Ernie Harwell, a sweet and soft radio voice of yesterday. It’s how Zager remembers many summer nights of his formative years.

In 1996, he joined Fox as a production intern and impressed his bosses. In time, he would spend nine seasons producing Dodgers telecasts, never ceasing to marvel over Vin Scully’s rich verbal embroidery, his unbreakable bond with Southern California and a solo act that was second to none.

The Big Game is nine days from now. For Fox, there’s a history of some 26 years with the NFL.

In 1994, Fox was on the outside looking in when it pulled off the impossible. The win was the equivalent of the Jets over the Colts in 1969. When network television in America was defined by a monolithic alphabet of ABC, CBS and NBC, Fox Sports unseated the granddaddy of NFL television, CBS, usurping the rights to the coveted NFC package. The TV world was stunned.

Under its progenitor David Hill, Fox Sports made its mark. He said, “same game, new attitude.” Viewers experienced ‘the constant time and scorebox’ on the screen.  Through a wave of innovation, change and loyalty, the network continued to build. Still there today, like them or not, are two of Hill’s original hires, Terry Bradshaw and Howie Long.

Fox’ Super Bowl production won’t disappoint. There will be cameras and microphones galore, placed and situated in spots you didn’t even know exist. They’ll be replays, slow-motion, Skycams and most everything imaginable. The only thing most viewers will miss is South Florida’s average temperature in early February. (More details of Fox’ planned coverage are spelled out below.)

Brad and I covered Super Bowl plans and digressed a bit too, talking about Fox’ general practices on play-by-play and studio programming. Here’s our conversation this week:

Halberstam: ESPN ran a Magacast for its college football title game. It gave viewers a menu of 15 ways to watch the game through different lenses and a broad range of channels, platforms and apps. Is Fox planning anything similar? Will there be audio options, separate home and road broadcasts?

Zager: No. The Super Bowl is about the country coming together and watching one single feed.

We didn’t consider these additional options for this year’s Super Bowl. The innovations were great for college football and for the ESPN brand. We might consider it down the road but not right now.

I can’t project where exactly technology takes us, but for now, we’re focused on presenting the best possible single feed.

Halberstam: History might define Joe Buck as a pioneer of sorts, a broadcaster who evolved from the influence of his dad’s generation to a television world of advanced technology. Joe seems to have adjusted his role to accommodate a streamlined age of breakthrough graphics and replays. More than any of the current network play-by-players, Joe seems to understand that it’s his job to present facts briskly and get out of the way, to speak in measured intervals and to use an economy of words. From his perspective, it would appear, he values the analyst’s responsibility to accentuate the technology presented on the screen.

Zager: Yes, Joe calls games with verbal efficiency. A great example was the 2018 Vikings’ playoff win on the Stefon Diggs catch, “Diggs, sideline, touchdown, Vikings win it!” He understands and recognizes the moment. Joe appreciates greatness on the field and that he’s working with greatness in the booth, in Hall of Fame quarterback, Troy Aikman.

While there’s a difference between his father Jack and him, Joe gets it, just as Jack did. Jack told Joe, “Tell them what’s going on but don’t make yourself the story.” The broadcaster is not the story.

Joe is the best today. He brings what he learned from the earlier generation and modernized the play-by-play role of working with enhanced technology and a great analyst at his fingertips.

He can move seamlessly from one assignment to the next, from baseball to football and back to baseball. He then covers the U.S. Open Golf with ease. Joe is a rare, rare talent.

Halberstam: Joe’s style will never be confused for his dad’s or those of network storytellers like Joe Garagiola, Curt Gowdy or Vin Scully?

Zager: I spent nine years with Vin. I can recall a conversation I had with him about his 1956 broadcast of the Don Larsen perfect game. The MLB Network launched on New Year’s Day 2009 replaying that famous game. Vin had no color man and was told to the call the pitch and get out of the way. As he looked back, he struggled watching it; no stories, no replays, no complementary voices. In time, those early experiences changed him. When Scully got to Los Angeles, he built equity with viewers and fans, more so than any broadcaster ever has, all by himself.

I did more than a thousand games with Scully and observed on a nightly basis how authentic he was as a broadcaster.

Halberstam: In those early years of the 1950s, writers gave telecasters grief for talking too much so Vin followed the orders of his producers. He said little. That changed, thankfully!

So you’re saying that times call for change. Technology requires adaptation. Just as Scully’s call evolved into a one-man presentation of expertise, one that resonated with viewers through colorful phrases, poetic description and storytelling, Joe is working in 2020. He is serving the needs of the time.

That said, some of the newer baseball announcers on television today are just fact heavers. They’re simply setup men. It’s fact and stats. That’s it. There are those who are incapable of even identifying pitches, a rudimentary requirement of earlier broadcasters.

We try to have our analysts get to the why. On baseball, we have to consider the 14-year-old high school pitcher. We broadcast in a variety of ways, so everyone can enjoy the telecast. For a Super Bowl, there are 100 million viewers and for a World Series game 30 million. We can’t possibly please everyone.

Halberstam: Fox NFL Sunday has excelled, beginning with its inception in 1994. But in my estimation, Howie Long for one adds little heft. What are your thoughts?

Zager: The group has proved itself for 25 years as the Voice of Sunday. We’re proud that it’s the highest rated pre-game show and Howie has been a huge part of the success all these years. All the participants turn their egos out the door when they walk onto the set. They’re all on a show of the highest level where they represent the sum of all parts on the set.

With respect to Brad Zager’s comment about Joe Buck’s “verbal efficiency” I wonder what he would think about Ray Scott, who called games similarly. Many viewers either like or don’t like the announcers based on their perceived personalities, whether they come off as “know-it-alls” or give off an air of arrogance – that they are talking “down” to the audience. I never felt that about say, John Madden, who maybe didn’t say a lot of inside stuff, but to me was thoroughly likeable. One of my favorite lines, in the locker room when the winners put on their championship hats,… Read more »