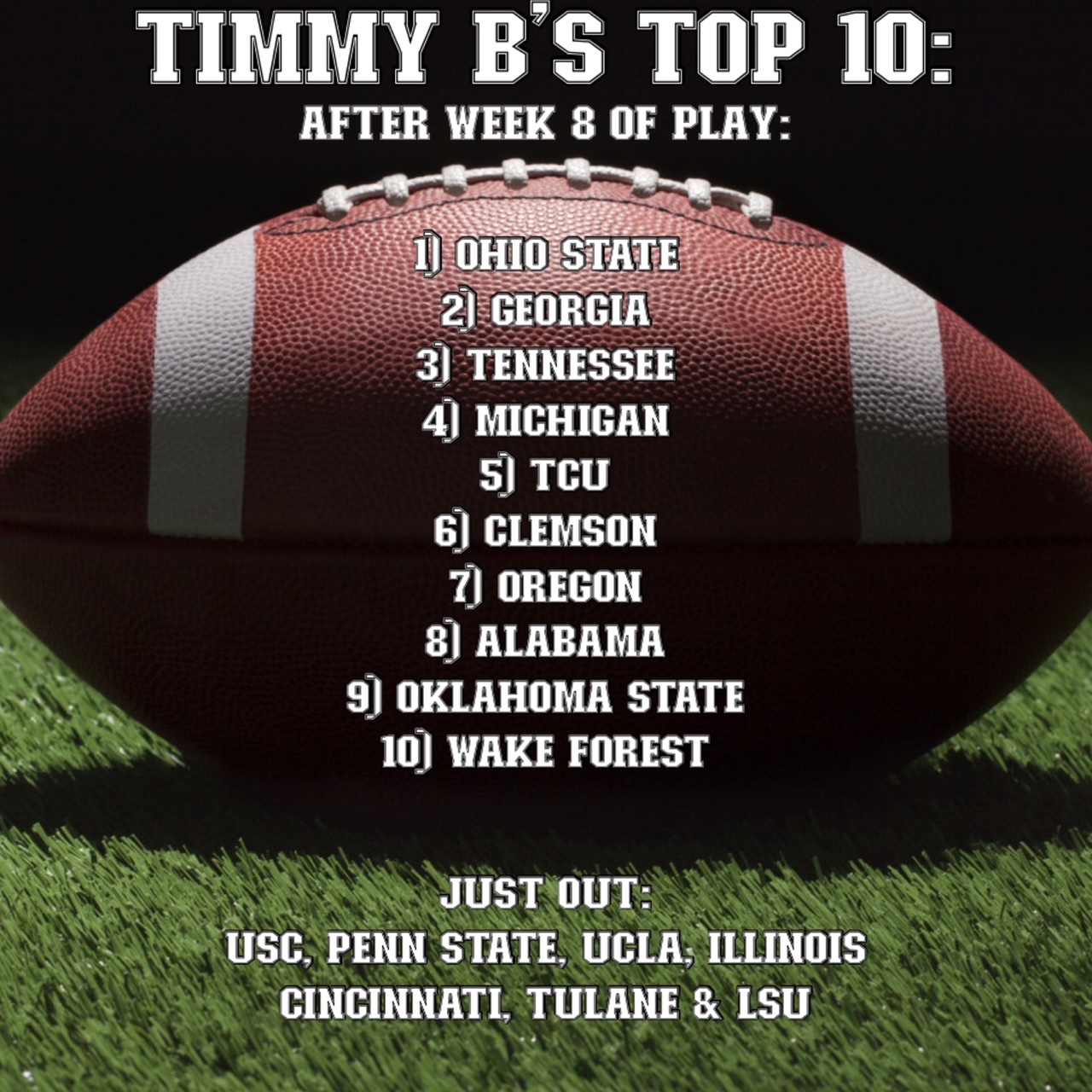 1) Ohio St. finally faces a road test on Big Noon at Happy Valley. James Franklin’s Nittany Lions could really use a signature W. It’s been a while.

2) Georgia, “The Worlds Largest Outdoor Cocktail Party.” if you’re at CBS or ESPN you’re asked not to use that line. I’m not anymore. So there! 😂r

3) Tennessee is just a couple upsets away from #1. Fourth ranked Michigan is the team with which I’m impressed. But remember Sean McDonough’s 2018 call on the fumbled punt snap that led to a game winning TD for the Spartans? Well, Guess who’s in Ann Arbor this week?

6) Clemson was really fortunate last week. Dino Babers’ poor clock management and the Tigers second half Defense bailed the team out. Winning out may not be enough.

7) Oregon is simply the BEST team in America with just one loss. Partner Spencer Tillman and I get to see them again this Saturday at 3:30ET on FS1.

8) Alabama has had a couple rough weeks. Nick Saban is not a fan of where the game is going despite what he says in public. It was never more obvious after the absurd way in which he handled the Jermaine Burton incident. Any other player at any other school in the SEC would have been suspended. Period!

9) Oklahoma State’s Spencer Sanders is the most disrespected and outstanding QB in CFB!

10) Wake Forest if it played Clemson again? The Deacons would win in my opinion.