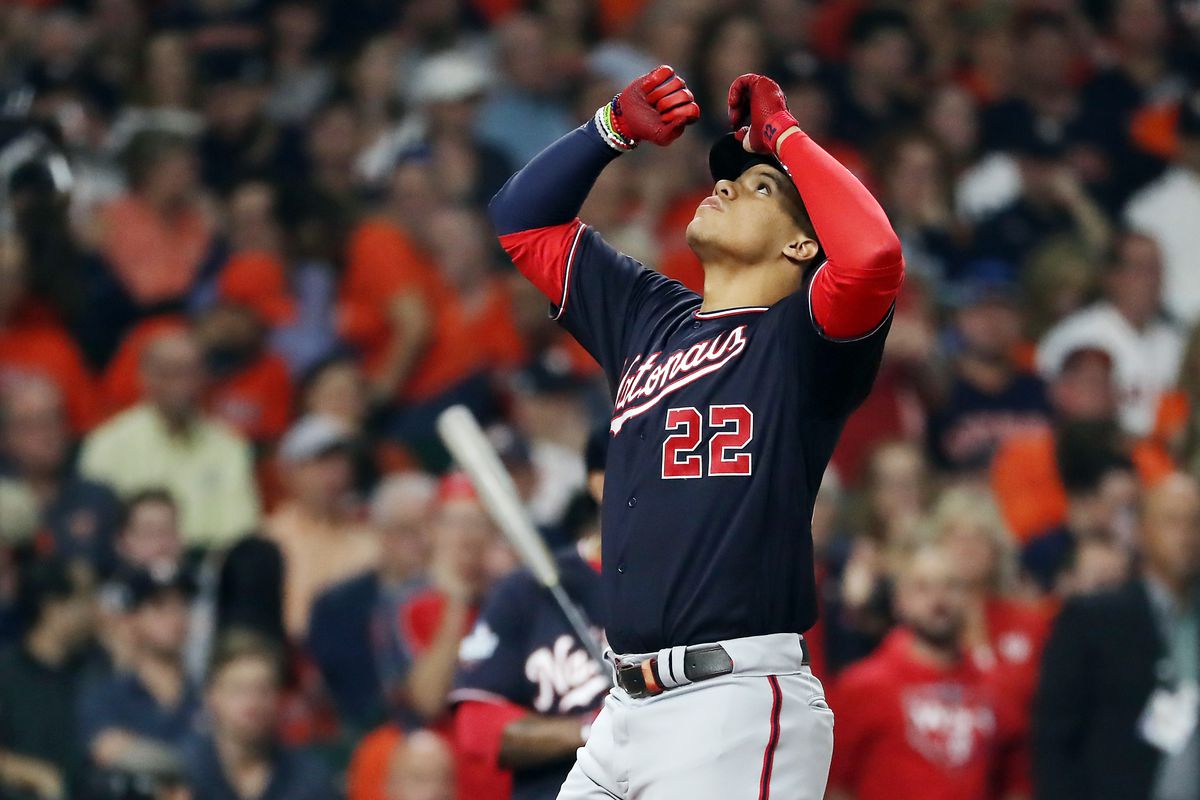 Juan Soto of the world champion Nationals. Chris Russo says the Series can't be played in a neutral site

Another week of no games. Lots of speculation about if and when the games will resume and how they’d be scheduled.

Television has been running alternate programming. Last weekend, CBS ran NCAA Tournament Rewind, a replay of games that were dandies, like the 1983 national championship, the 1992 Duke-Kentucky, Christian Laettner regional final and others.

This weekend CBS will have more of the same including the historic 1985 NCAA title game, one of the great upsets of all-time, Villanova over Georgetown.

Sports talk show hosts on national radio don’t have the ability during the coronavirus environment to reference today’s games, because there are none. Listeners are not eager to rehash old events, classic or not,  played 35 years ago.

Still, the big names keep their listeners tuned in.

We listened, and here’s what they’re saying.