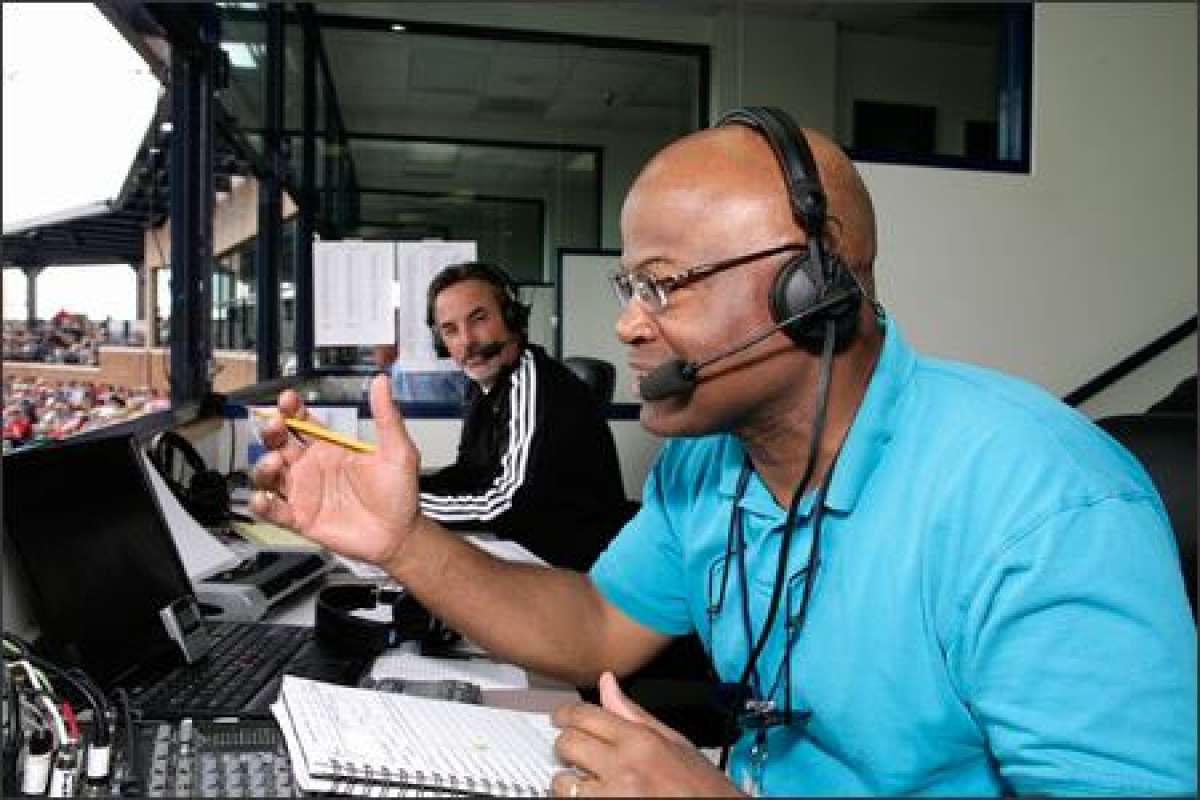 The Mariners were fighting for their playoff lives and couldn’t afford a loss. The biggest crowd of the year was at the game in Seattle that night only to watch the Mariners blow a 3-1 lead and fall behind 4-3 as they came to bat in the bottom of the eighth. When Mitch Haniger drove in the winning runs for the Mariners, the place exploded and so did the usually calm Dave Sims one of the team’s television and radio voices

The Mariners were documenting everything that week, hoping to make their first post-season in 20 years, which is why there was a Go-Pro recording Sims’ call of the game. With Haniger at bat, Sims led with, “Biggest pitch of the year for the Mariners.” Then he screamed, “base hit!” and jumped out of his seat and concluding with, “What a night!” then added slowly but with vigor, “WHAT. A. NIGHT!”

After waiting another twenty seconds for the crowd’s reaction, Sims continued, “I’m telling you, Hey Now! Hey Now! Hey Now!” Two million views later and still counting it has cheered up baseball fans all over the world. Unfortunately, the Mariners could not keep the magic going in the season’s final game and fell just short of the playoffs once again.

For Dave Sims, this was his 15th season calling games in Seattle, a position that might have have seemed out of reach at some point. Sims did it the hard way. His father was a letter-carrier in Philly, but still found a way to send him to Chestnut Hill Academy and then on to Bethany College in West Virginia. I’m sure you know Bethany isn’t exactly a feeding tube for broadcasters. Somehow he earned a spot on the NY Daily News sports desk but all the time he wanted to broadcast. He didn’t just wish it but made it happen. He went to the top and got tutoring from the great Marty Glickman. Satellite News Channel took a chance on Dave and then another break came in ’88 when NBC hired him for the Seoul Olympics.

From there he was one of the original anchors on WFAN. Since then he’s been the lead voice of the Big East, did play-by for Westwood One’s Sunday Night NFL games, and for years now has co-hosted Coach K’s weekly show. He’s also been the only full-time MLB play-by-play guy all those years. In Seattle, Sims last year was named Washington Sportscaster of the Year for the third time.

And if you were wondering where “Hey Now,” came from, Sims was a great fan of the late Gary Shandling’s show which ran from 1986 to 1990. On Shandling’s fictional late-night Larry Sanders Show, Jeffrey Tambor played the Ed McMahon role and opened every show with that “Hey Now” phrase.

As for Mariners fans, the season may have ended in disappointment, but they will never forget the call of the city’s most popular broadcaster. Hey Now, Dave Sims! Congratulations.

Bob Costas will serve as the studio host the NLCS on Turner.

With Mike Shannon retiring, lead Cards’ radio voice John Rooney will have a permanent fulltime partner, Ricky Horton. At first, Shannon called Cards games with Jack Buck and in all for half a century. Horton has worked games in recent years as Shannon cut back his on-air career.

I liked Sims a lot when he was on WFAN (even the day he and Ed Coleman broadcast live from Yankee Stadium and on the air said, “Arrrrgh! Aw, jeez …” and Coleman said, “Yes, one of God’s creatures just decorated Dave.”). He’s also the brother-in-law of a friend of ours!

I think Dave Niehaus would have loved that Sims’s call is getting the attention.