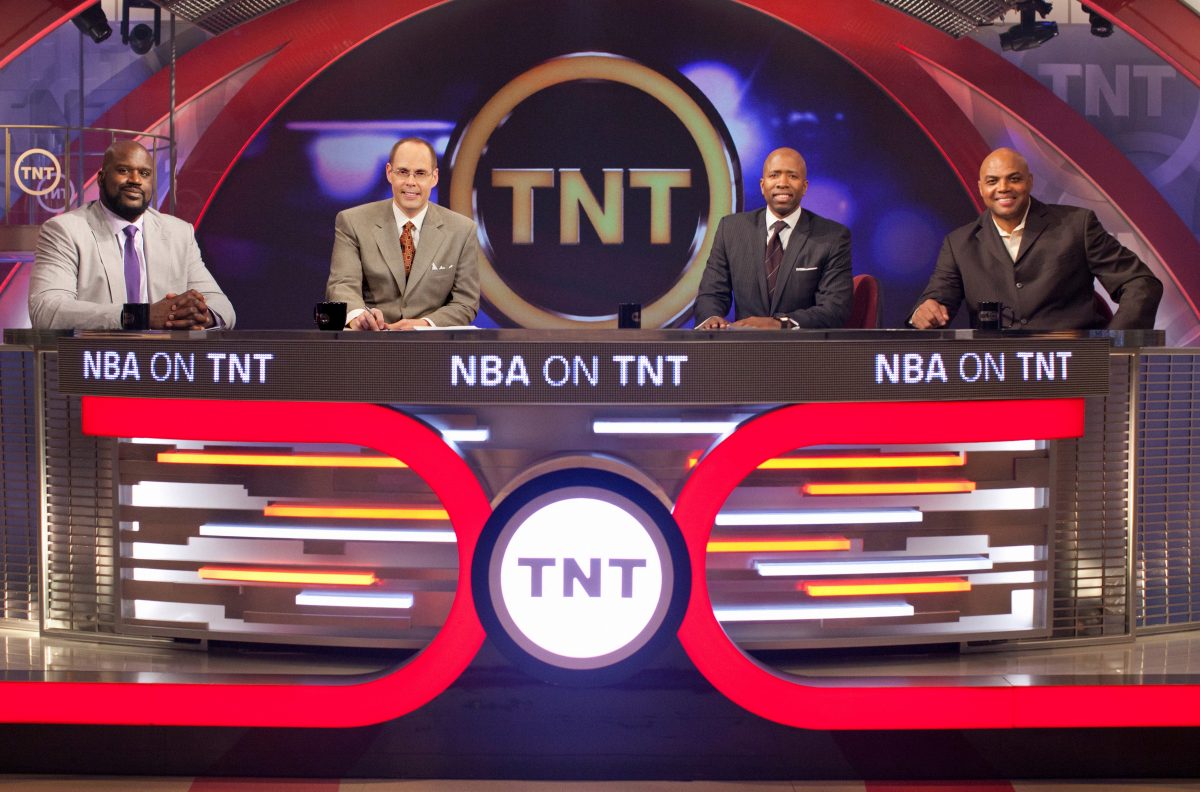 I recently reviewed studio analysis shows, watching them either live or online by rerun. After doing so, these are my notes and critiques:

Inside the NBA on TNT has become the studio show to watch. It’s peerless. No other sports program produces the chemistry, personality and insight that the trio of Charles Barkley, Shaquille O’Neal and Kenny Smith do. These men combine wit and depth. Host Ernie Johnson does a terrific job lassoing in the other three from time to time and moving the show along from segment to segment. Viewers tune-in to hear what these guys will say next. With some of the regular segments like “Shaqtin’ A Fool” and “EJ’s Neat-o Stat of the Night,” it’s easy to see why Inside the NBA has become the premier studio show. It’s great entertainment, a program that transcends basketball and sports.

NBA Countdown on ESPN is another good one that’s centered around professional basketball. Michelle Beadle is among ESPN’s best talents. Chauncey Billups, Paul Pierce and Jalen Rose are a solid trio. The three of them had pretty good playing careers. After Beadle, a broadcast pro, Rose appears to be the most comfortable on camera. NBA Countdown might not have as much levity as Inside on TNT, but the group is solid, offering consistent depth and perspective. You’ll see lots of the show the next few weeks as the NBA’s final two rounds are played.

ESPN College GameDay is the popular college football program that features an array of talent, including Rece Davis, Desmond Howard and of course, Lee Corso. The program changes locations each week which keeps the look fresh. It gives viewers a feel of being there; a sense for the weather, the sports culture on campus, the on-premises emotions and the tailgating. All of it builds a powerful and colorful backdrop. The GameDay cast is also joined by guests that include notable alums and celebrities, adding nice touches to the coverage. Lastly, the prediction segment at the end of the show is the best part. To make it more fun, Corso actually puts on the mascot headgear when he makes his pick. To many viewers, particularly in college football hot spots, it’s still an eagerly awaited moment.

Sunday NFL Countdown on ESPN is a decent program before the day’s football games. Host Samantha Ponder is joined by Randy Moss, Matt Hasselbeck, Rex Ryan and Teddy Bruschi. The panelists speak from different perspectives around football; Moss from a receiver’s lens, Hasselbeck from a quarterback’s, Bruschi as a former linebacker and Ryan as a former coach. It’s a hard task to succeed a longtime talent like Chris Berman, but Ponder is very good in her role as host of the program.

Fox NFL Sunday has the most personality of all the NFL studio analysis shows. There’s excellent chemistry among the talent. Host Curt Menefee is joined by Terry Bradshaw, Howie Long and Michael Strahan. They’ve all been working together for some ten years with the exception of Tony Gonzalez. A former tight end, Gonzalez has only been with Fox for two years, yet I believe he fits in well. Watching the Fox NFL Sunday cast is enjoyable because it feels like we’re watching a group of friends talking about the sport they love most.

The NFL Today is CBS’ flagship studio show. It took off in the 70s and 80s under iconic host Brent Musburger. Like Fox, CBS covers all of the Sunday NFL games. The show includes the traditional ‘1 host, 3-4 analysts setup’ that we’re accustomed to seeing on the set. The NFL Today is hosted by James Brown and he’s joined by Bill Cowher, Phil Simms, Boomer Esiason and Nate Burleson. The show has a good combination of talent, analysts with a favorable disposition, insight and diversity. I enjoy the cast and feel that Burleson is a breath of fresh air. He’s one of the best recent athlete-turned-broadcasters. This past NFL season was only the cast’s second one working together. I’m eager to see how they’ll do moving forward.

Football Night in America on NBC follows a different format from its counterparts. While Fox NFL Sunday and The NFL Today cover multiple games, NBC’s program focuses mainly on the Sunday night matchup. The show also has a smaller cast, one made up of host Mike Tirico, Tony Dungy and Rodney Harrison. Mike is one of the best sports broadcasters in the business and in many ways the new face of NBC Sports. Dungy has a lot to offer in terms of his knowledge, as someone who played and coached in the NFL. Harrison provides the insights of someone who excelled on the field. I like the fact that NBC’s format is different but one more analyst wouldn’t hurt. Tirico, Dungy, and Harrison are good but they feel a bit too “by-the-book.” I think Football Night could benefit by adding another bubbly contributor, someone a bit more outspoken. Plus, for whatever reason, NBC’s talent on the set stand versus sit, making it a bit more formal and stiff.

I think ­ NFLTVNOW­ .­C­O­M­ can be good place for you. You also will have there very good lives with all season games.
.