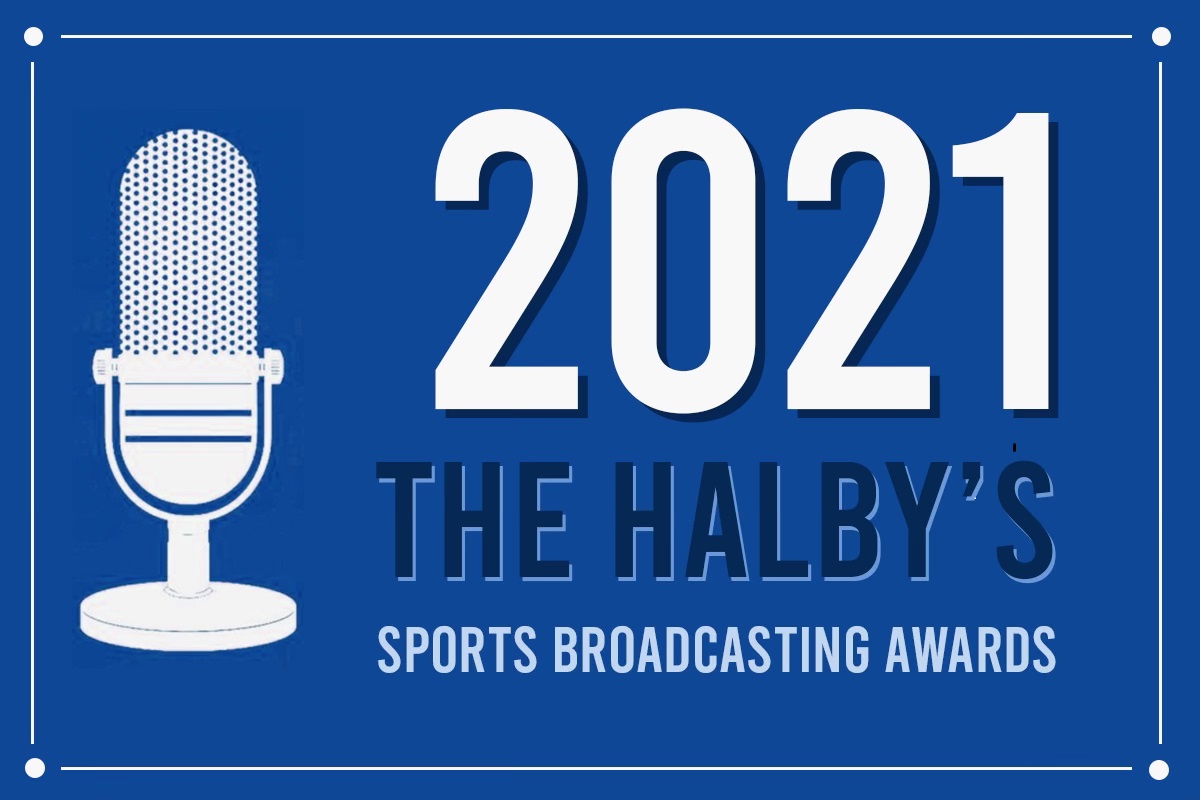 2021 Sportscaster of the Year- Marv Albert 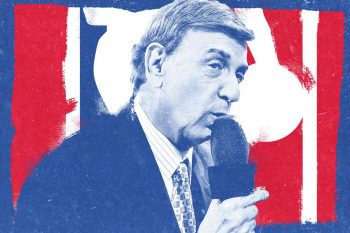 Marv Albert is a portrait of success. He’s our 2021 Broadcaster of the Year! Congratulations. Marv retired after a roughly sixty year career.

As a young teen he set his sights on broadcasting sports. There was no stopping him. He drove those desires hard, right to the very top.

I’ve known Marv for over fifty years. I was a high school student when he was at WHN Radio and I would occasionally call him there. He was then in the process of evolving from a docile and innocent looking Marvin Aufrichtig to a star-studded and bold Marv Albert. He was as focused as they come, careful to stick to the ingredients that led to his ascendency; determination, commitment, hard work, reading, thorough preparation, proper enunciation, inflecting his timbre accordingly, perfecting his staccato and being ready to take sharp turns on broadcasts when the action required them.

There weren’t many doors to bang down in the 1950s. AM stations and that was about it. Not lots of opportunities. As for the Knicks, the team couldn’t give the store away. The Knicks and the NBA turned ten in 1956. By then Marv already had a seat, as a ball-boy on the Knicks bench.

Albert is the son of a Brighton Beach grocer, a warm man named Max who had Marv pay his dues in the family store. Indeed, he had to stock food and stamp prices on the canned goods.

When he did what he loved, fooling with the mic at the old Madison Square Garden, he cultivated student-teacher relationships with two of the most popular and talented announcers in the big city, Marty Glickman and Les Keiter. To this day, he talks of admiring both, calling each one role models.

From there, a little luck came his way. The Knicks got good, Madison Square Garden moved to new quarters above Penn Station and basketball was back on a station for which Marv did some work. Blacked-out telecasts turned into Marv’s goldmine. He painted the games rivetingly on radio, the way idols Keiter and Glickman did in preceding seasons.

And Marv held New Yorkers’ hands through two NBA championships, 1970 and 1973. TV was next, NBC, the NFL, boxing, the Stanley Cup and Voice of the NBA followed.

He retired at the end of last season, but not before a classic and classy line last July. Marv, at 80, closed out his career memorably and with humility

“I wish I could start all over again.”

Growing nicely on me – Mark Jackson and Jeff Van Gundy

Has been impressive among women Katie Scott (Philadelphia 76ers)

Changing Lanes for a little ride Joe Buck auditioned/tried out for Jeopardy! after the death of Alex Trebek. I asked him how he would do as a contestant. “I would fare poorly. The clues get more difficult as they go down the categories. Maybe, three down at best. I could surprise myself and the rest of the world by getting somewhat further down the columns. But for the most part I would say three down is about as far as I can go if I’m being totally honest.”

Back again and Strong again– Hubie Brown – The man is indestructible. Still sharp as a tack on ESPN.

Pat Summerall Looking in the rearview mirror, he was boring. Come to think of it, he put me to sleep, and many teams. He couldn’t have gotten away with his minimalist delivery, had Madden not been at his side.

Dan Shulman comes out of the Jim Simpson, Tim Ryan and Tom Hammond school of being able to do anything and doing it well. He only does baseball now in his native Canada (Blue Jays). Continues nicely in covering the sport created by fellow Canadian Dr. James Naismith

John Sterling Urged and encouraged to cut back, the often criticized Yankees’ radio announcer insists that he wants to do every game. Sterling turns 84 on July 4th. Some laugh and others get angry. But John is serious. He is who he is. He likes the limelight.

Bob Costas – Missed but thankfully accessible  We were spoiled with regular doses of him for decades. Now at least, it’s catch him when you can on CNN, MLB Network or Turner’s pre/post baseball programs.

The heavy-handed and oppressive are still in somewhat of command. Thom Brennaman, Dave Lamont and a few others deserve reinstatement. I guess we live a draconian state.

Stamp them Mark Schlereth doesn’t deserve a seat on network TV and James Lofton should get a better one.

Annoying  John Smoltz, Mr. Ten-Seamer or Mr. Soporific. Maybe both? He ain’t my cup of tea.

NY Jets Radio  Help! Marty Lyons doesn’t deserve a seat in a radio booth.  He’s good at regurgitating. Whatever his excellent partner Bob Wischusen says, he repeats and generally ends his inane insert with down and distance. I got so sick listening to him on a recent NY trip  that it reminded me of Steve Snapper Jones who ended most of his comments with, “5 on the shot clock!” In other words, he never finished his original thought, so exited with a cheapo – like time remaining to shoot. What a joke that was.

The Bucks – Dave Koehn is the club’s new radio announcer. He did Virginia football and basketball. Has the pacing down smoothly. On TV, the team showed that it’s progressive. Lisa Byington became the first woman hired to do NBA play-by-play. Nice. It made headlines. But the quality of work? Let’s not go there please.

Turn of the calendar The New Year means we’re all getting older. The calendar moves inexorably. Active and still vibrant include these robust characters, 80 or older, Musburger Vitale, Brown, Corso, Kaat, McCoy and Uecker. Other broadcast Geritol qualifiers have lost their fast ball, curve and one of Smoltz’ ten-seamers.

John Forslund What a nutty business, he proves himself on NBC, but the NHL newbies on ESPN or Turner? Nothing doing. The phone rang but no answer, He’s with neither. He demonstrated how good he is when he became #2 on NBC after Mike Emrick retired. He got the gig in Seattle as the new team’s TV man.

The Big Ten radio voices are excellent, one better than the next. The two weakest whom I heard are  Jim Brandstatter of Michigan and George Blaha of Michigan State. Special shout-outs to Don Fischer at Indiana, Gary Dolphin at Iowa, Paul Keels at Ohio State, Matt Lepay at Wisconsin and Brian Barnhart on Illinois. These cats should write a syllabus and add it to their schools’ curriculum.

Forgettable 2021– Be nice to our friends at NBC. I’m not sure that your cohorts in Bristol have good memories of you, Maria.

Forgiveness – Come on! Who will the first to bring back Thom Brennaman, Dave Lamont or Grant Napear? 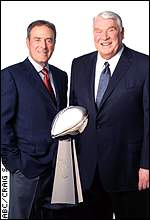 Jim McKay- “They’re gone” or “The thrill of victory and The agony of defeat,” (left)

Ted Husing The great pioneer does his last Orange Bowl. 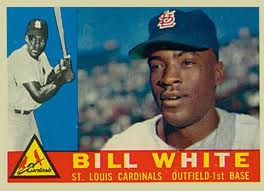 Bill White – Fifty years ago he became the first Black to join a pro team as a day-to-day broadcaster.

Jack Buck and Hank Stram on CBS Radio did their last Super Bowl together. Play-by-players who followed are Howard David, Marv Albert and Kevin Harlan who now holds the record. He’ll do his 12th straight S/B this February.

And Happy New Year to Halby and the whole gang, and thanks for so much great stuff. It occurs to me that it’s also 50 years since the Reds hired a kid from Hawaii, Al Michaels. Opinions are like mouths–everyone has one–but I will say that I find Joe Davis a lot better on Dodger broadcasts than I do on network broadcasts. How much of that is comfort with Orel Hershiser, I don’t know. One thing he said is that he does more anecdotes on Dodger broadcasts because that is what the fans always have had with Vin. That may… Read more »