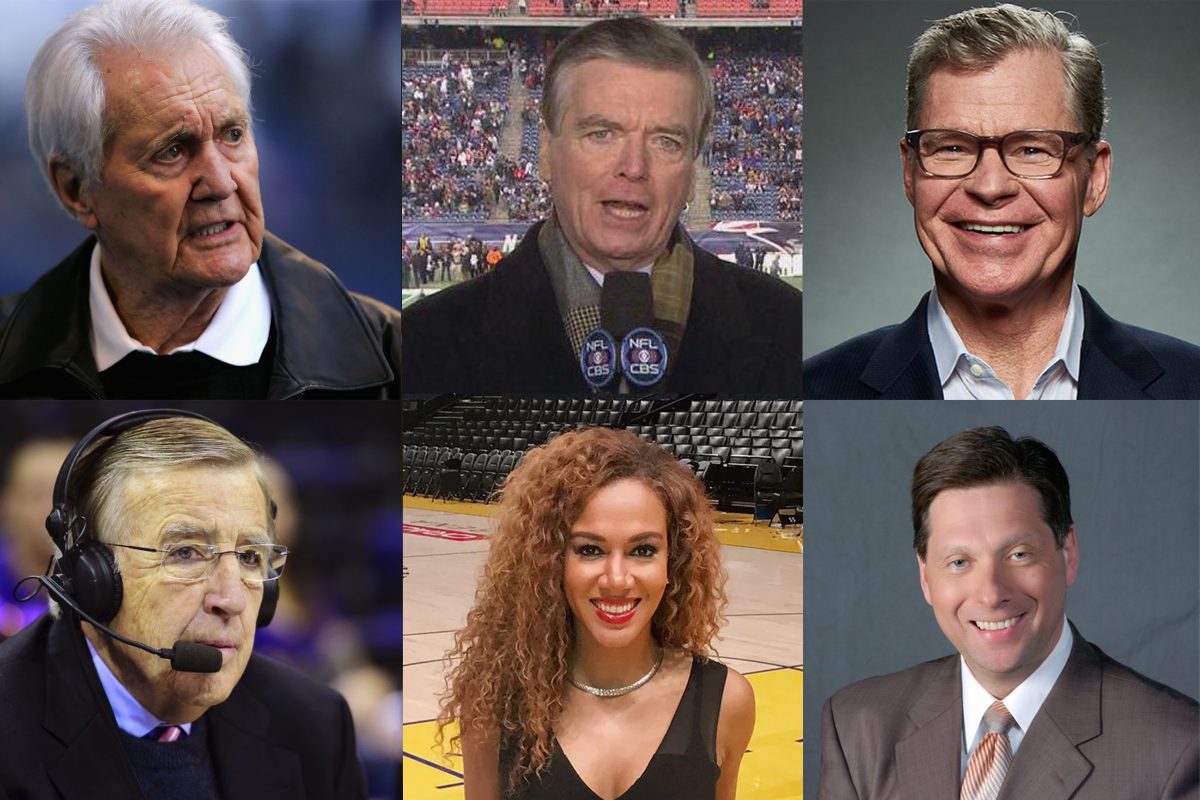 A delight hearing Greg Papa on 49ers broadcasts. Strong and gutsy decision by 49ers plucking the beloved ex-Voice of the Raiders. He replaces Ted Robinson who did a workman like job. Ted is talented but emotionally distant. Papa is a guy you’d enjoy at the dinner table, opinionated and an open personality. Robinson is poised, smooth but lacks the sex appeal needed to be a popular team voice.

Papa was not rehired by the Raiders last year after a spat with owner Mark Davis. He was succeeded by Brent Musburger. Good fortune for Greg who is based in Bay area. It would have been difficult for him to do the Las Vegas commute beginning next year. Brent lives in Sin City and is an owner and is the face of VSiN based there. So everything ended up swimmingly for Brent and Greg. Robinson is the odd man out. He doesn’t seem to do any tennis either for NBC.

Papa is originally from Buffalo which has produced CNN’s Wolf Blitzer, ex-CBS and NBC great Don Criqui and the late NBCer, Tim Russert. Longtime Bills’ announcer Van Miller is from nearby Dunkirk. Miller is the only local play-by-play NFL announcer to receive the Rozelle Award from the the Pro Football Hall of Fame. Make sense? Don’t think so.

With the passing of Jack Whitaker, only one person is alive who broadcast the first Super Bowl in 1967. Tom Hedrick lives in Kansas. He and the late Jack Drees called the game on the CBS Radio Network. Interestingly, both Whitaker and Hedrick were not really known for their play-by-play. Whitaker was the gifted essayist, host and sports commentator. Tom was best known later as Professor Hedrick. He taught at the University of Kansas for many years and influenced wonderful budding broadcasters.

The elegant essayist Jack Whitaker passes at 95, the last of a generation of levelheaded sports TV columnists

The Houdini of the Hardwood, the magical Bob Cousy, 91, was given the highest honor a civilian can get last week when our leader Donald Trump awarded him the Presidential Medal of Freedom. Marv Albert was 21 when he called his first Knicks game on January 27, 1963. Cousy was 34 then and had 8 points in 20 minutes that day. The Knicks lost 123-110. Only 4,000 plus attended at the Boston Garden. Marv, admittedly nervous, sat alongside Johnny Most that Sunday. Most, of course, was the legendary play caller of the Celts. Marv still has the recording of that broadcast somewhere. He should post it on YouTube for posterity.

Not renewed by Turner, Rosalyn Gold-Onwude, has been hired by ESPN where she’ll be a fill-in host for First Take. Rosalyn did a heartwarming job from the sideline in 2018 at the NCAA Tournament. She warmly followed Sister Jean when Loyola made its Final Four run. The news about Rosalyn came at about the same time that Sister Jean turned 100, last Wednesday, August 21. More happy returns.

With some help from historian and column contributor Michael Green, we’ve added four additional sports announcers who were also legally trained: Jim Britt, Voice of Boston Red Sox and Braves; George Ratterman, longtime AFL and NFL analyst on ABC and NBC; John Ward, legendary voice of the University of Tennessee and Jason Benetti, the remarkable announcer for the White Sox and ESPN. Benetti suffers from cerebral palsy and has not allowed it to temper his strong will to succeed.

As the story goes, in 1984 when Pat Summerall hosted tennis coverage for CBS, he went 11 hours without using the bathroom at the U.S. Open.

Then there was the time as told by Ernie Harwell, when the Giants’ broadcast booth at the Polo Grounds had no nearby restroom. So Russ Hodges relieved himself into a large paper cup which he gently placed in a corner somewhere, out of harm’s way. Or at least he thought. You see, the floor was constructed of wooden planks.

One day, an assistant to owner Horace Stoneham, popped into the booth to let Hodges and Harwell know that beer is leaking through the floor and over the owner’s seats below. When the assistant left the booth, Russ whispered to Harwell, “If it’s beer, it’s used beer.”

A couple items I stumbled upon while looking for something else: 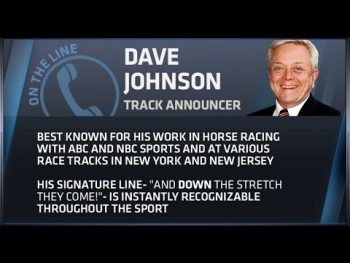 The gifted horse race caller Dave Johnson wrote a numbing quick read on a couple of his encounters with Howard Cosell. Great stuff.

The NFL writer and broadcaster Peter King was in his car and on his mobile doing a radio interview with Dan Patrick (Dan Perfect). That’s a no-no in most states. Wouldn’t you know it? He was stopped in mid-sentence by a cop. Peter hurriedly told Dan that he had to get off the phone to face the officer. Patrick proceeded to ask Peter if he would like him to talk to the police officer on his behalf.

King didn’t take him up on it. Don’t think it would have made a difference, Dan. Sorry. It would though have made for good radio.

The world has changed:

The Super Bowl 50 years ago; SB III (Namath and the Jets knock off the mighty Baltimore Colts)

The opening sponsor billboards were read by the beloved Curt Gowdy and they were:

Plymouth   Plymouth was established in 1928 and was removed from the marketplace in 2001. It was two years after owner Chrysler filed for Chapter 11 bankruptcy.

Pall Mall   Was established in 1899. The brand is owned by R. J. Reynolds. Cigarette advertising was banned from television by an act of Congress, beginning on January 2, 1971. 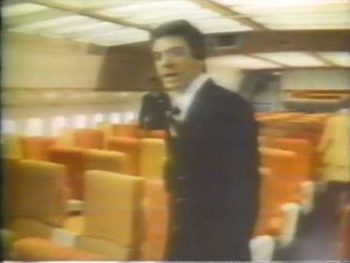 TWA   Born in 1930, bankrupt in 1995 and out of business in 2001. As the great Harwell might say, ‘Long gone.’ Must have cost the dulcet toned Don Criqui a couple dollars. Don voiced the company’s commercials in convincing tone.

Schlitz Beer   Founded in 1849, the brand was once the largest producing beer in the United States. It suffered FDA issues, a strike, a lackluster effort against the burgeoning light beer market and other missteps; all while an aggressive Anheuser Busch truly became the King of Beers.

Gillette Techmatic   A single blade razor, state of the art at the time, was discontinued. A couple years later, the company introduced Trac II.

Thanks for the shout-out! I love that story Ernie Harwell told. I was reminded of Vin Scully have Jolly Rancher in the booth and going through several a night because he would have one between innings to keep his throat from getting dry–he didn’t want to have a drink of anything that would require a bathroom trip. Then I think of poor Ross Porter doing a 22-inning game alone, and stories in Mr. Halberstam’s wonderful book about sportscasting in New York City about Marty Glickman being in a similar situation. I’ve heard clips of Van Miller and he’s marvelous. Myron… Read more »