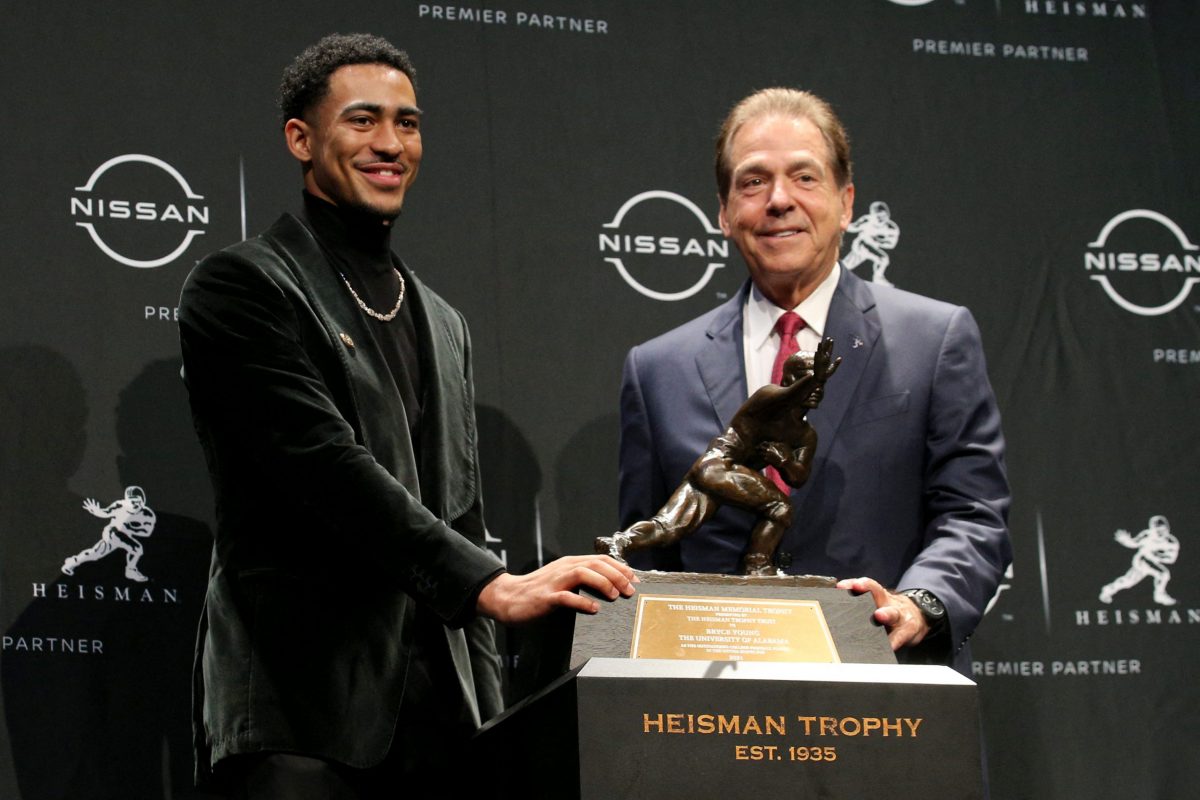 ESPN’s Chris Fowler did a workmanlike job hosting the Heisman Trophy presentation Saturday night. Alabama sophomore quarterback, 20, Bryce Young was this year’s winner. His coach Nick Saban joined Young in New York. There was little adlibbing required. Much of the program was scripted. Still, Fowler was right on it. For the first time in a while, he was liberated from his stifling partner, Kirk Herbstreit.

From column contributor Don Haley – Venting on time of games and unending pre and post shows:

When enough is just too, too much?

Amazon will get the exclusive Thursday night NFL package next season. Right now a couple knowledgeable women preside over the mic, two vets, Hannah Storm and Andrea Kremer. It’s hardly a sure bet that they’ll be back next season. Al Michaels is in middle of the conversation with all sorts of potential mixes. You would think that the cash rich machine of Jeff Bezos would think big and bring in Uncle Al, who has been the Voice of NFL’s primetime for four decades. NBC though is putting its dough on Mike Tirico, who’s capable at about everything. Very capable for that matter, but hardly exceptional. Hardly Big Al!

Yet the most recent talk emanating from Amazon’s headquarters is about turning its coming NFL rights into a 24/7 plethora of sports programming.

Ever since I was a kid, I argued that the main merit of baseball was that they played the game on a daily basis. As opposed to football, which, at the age of 8, I said was “6/7ths rhetoric at best, one half of 1/7th game.” Okay, okay, I didn’t use the word “rhetoric” but you get my perspicacious take at such a tender age.

I can’t take any more of this. In fact, I can’t even take the tons of bullshit we’re now peddled morning on morning, midday on midday, evening upon evening, overnight upon overnight, just yammering, stammering, blabbering and blubbering about what some call our new national pastime.  No, it’s not football, it’s tongue flapping.

Do we really need this? Do we even want it? Time was you could tune into a sporting event scheduled for, say, 8 p.m. and the kickoff actually was taking place. Perhaps the network, fresh off its world news roundup, would allow the two announcers to briefly set the table, for, 2-3 minutes, then allow the game to be the star.

Time also was when a half hour of Brent, Phyllis and Irv (later on The Greek) was the perfect setup on CBS’ The NFL Today. Now, on Fox, we get an hour of blather and blather at 11 a.m., then comes the second helping at noon. By 1, It’s kickoff time, but I’ve already had it. Yet another setup with the game announcers. Get my pillow and, everyone else, off the couch!

Is there somehow a quota of athletes who must be hired as microphoniks post their playing days? Ex-players, ex-coaches, explaining what they think about what their neighbor thinks about what you should be thinking about the games to be played next Sunday? Really? Haven’t they made enough millions during their playing/coaching days?

And now Amazon wants in this madness?

Hey, Amazin’ Amazon, howzabout keeping your network up and running 24/7 so Harry, Millie and their two screaming kids, all of whom desperately have to pee, can safely get off the Disney Skyliner?

The recent summary of Vin Scully’s superfluous career on these pages was a perfect time capsule on the great man who turned 94 on November 29th.  Those years of listening to him on the World Series on CBS Radio were the most enjoyable, like reliving a magic carpet ride through baseball’s greatest moments of my youth. I’d listen to him like I’d enjoy a Sinatra album, over and over and over again. Who’s on first? Who cares? Vin’s at the mic.

Aging but maintaining their fastballs on football, Gene Deckerhoff, Bucs; Merrill Reese, Eagles and Al Michaels. Brent Musburger is right on it, doing Vegas games. He does radio which is not his forte. His strength is TV.  Brent is 82 and the Steelers Bill Hillgrove is 81. Reese is just behind them, 79.

A note about Vin: When he did the World Series from 1979-82 for CBS Radio, it was a rare time he had done radio with a color commentator, Sparky Anderson. It worked beautifully. Sparky only spoke when he had something to say, and since he was no grammarian, it was a fun contrast to Vin. Another note about Vin, and I’ll never forget it. My mother was in the hospital, dying (which we knew), and we were listening to the Dodgers. Vin came on in the 4th (the game was on TV that night) and at some point said, “You… Read more »